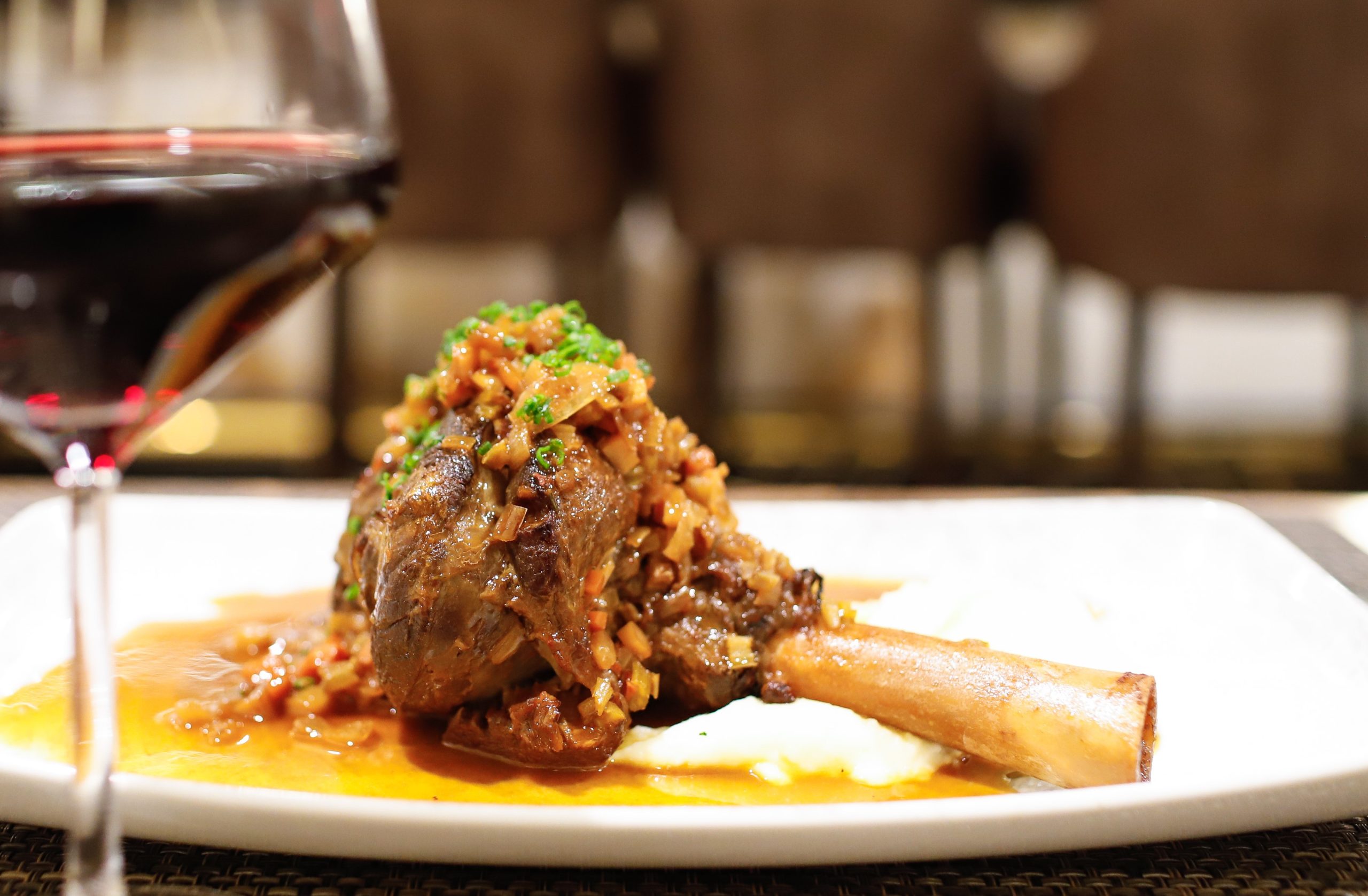 A braised lamb shank with vegetable ragout, a $39 entrée at 1221 at MFP. (Photo courtesy of The Roslyn Hotel)

The Roslyn Hotel and My Father’s Place, the legendary music venue which reopened in the hotel last summer, have a new sibling at the complex: 1221 at MFP, a restaurant in the hotel’s lobby offering an upscale dining experience with modern American cuisine.

“Our [hotel] guests are looking for an avenue, an outlet whether to unwind or relax or simply detox … and that’s what we hope to offer here at 1221,” said hotel food and beverage general manager Kamal Ahmed. “Our service style mimics any restaurant you might dine at in NYC.”

Kobayashi’s entrées, which range from $21 to $42, include a $35 king salmon with cauliflower, squash and truffles and $21 fresh tagliolini with roasted vegetables.

Among the menu’s appetizers is a $12 salad with endive, avocado, fennel and pomegranate, which the restaurant calls “little gem,” along with a variety of seafoods and meats. Sides are roasted, sautéed or glazed vegetables.

Beer is from breweries in Brooklyn and Long Island, and 95 percent of the wines are organic, Ahmed said, a statistic he said he hopes to raise to 100 percent by 2019.

Happy hour, offered Tuesday through Friday as well as Sunday, features cocktails at half price, $10 wine and $6 beer in addition to snacks ranging from popcorn to a braised beef short rib slider.

This isn’t Kobayashi’s first venture in the area; he created Yatai Casual Asian in Mineola and Toku at Americana Manhasset.

He was born in Yamaguchi Prefecture, Japan, where his family owned an inn, and began helping in the kitchen when he was 8.

After his first professional gig at age 16, Kobayashi worked in a hotel restaurant before moving to the U.S. in 1988. Here, he worked with French chef Christian Delouvrier of Manhattan’s Maurice, Les Celebrites and Lespinasse and later chef Gabriel Kreuther.

The cuisine at 1221 at MFP has Japanese and French accents, and Kobayashi’s personality and background surface a bit in every dish, Ahmed said.

“It was an opportunity for him to really showcase his talents that he’s acquired over the years,” Ahmed said.

Since its October opening, 1221 at MFP has felt like a fresh face in Roslyn offering something unique for the area, Ahmed said.

“Eight weeks in it’s been a really wonderful experience for all of us,” he said. 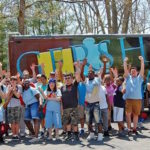 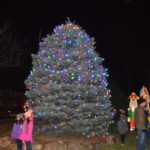