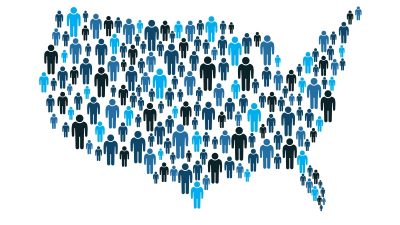 Long Island’s population grew 3.1% from 2010 to 2020, and diversity increased, with the minority population rising by 8.9%, according to data released last week by the U.S. Census Bureau.

The numbers follow national patterns and local trends that have documented growing diversity in New York and the nation.

Every 10 years seats in the U.S. House of Representatives are allotted based on the census, and New York will lose one seat based on the 2020 census, according to the Census Bureau.

Things could have been worse, according to Rosanna Perotti, political science professor at Hofstra University.

“Our population was growing at a slower rate than many places in the country,” she said in an interview. “Therefore, states like Texas and Florida were gaining seats and we were losing pretty severely every census. This year we lost one and we almost didn’t by about 89 responses to the census.”

Perotti attributed the shift to a number of factors for New York, and specifically Long Island. Increased diversity, density in urban areas and more appeal to younger generations helped increase the population rate.

“The numbers say that if we keep trying to hold on to young people that it’s going to benefit our economy,” the professor said. “There’s an information economy here that can be enhanced and built. The health care economy here in Long Island and more broadly in New York is keeping people in the state so that’s a good thing.”

This census marks the first to take place after the Supreme Court’s decision in a partisan gerrymandering case a few years ago. In Rucho v. Common Cause (2019), the majority opinion said that allegations of partisan gerrymandering could not be reviewed in federal courts despite it being “incompatible with democratic principles.” Suits could still be filed at the state level. The decision could exacerbate an already polarized political process that will shape legislative districts for the next 10 years.

However, New York State for the first time will join states such as Michigan that employ an independent redistricting commission to promote more transparency.

In 2014, New Yorkers voted on an amendment to the state constitution enacting a commission in order to separate the Legislature and gerrymandering. Goals of the change include more independence in redistricting, maintaining minority voting rights and rational drawing of district boundaries.

“If the stakes were high before they’re a lot higher now,” Perotti said. 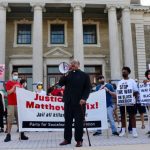 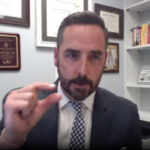