The current structure at 20 Matinicock Avenue. (Photo courtesy of Google)

Some 32 waterfront apartments are expected to be constructed at Manhasset Isle’s Haven Marina in a project featuring Long Island’s first waterfront yoga studio, according to developers.

The proposed mixed-use development at 20 Matinecock Ave. received zoning approval as it is situated within the village’s Business Overlay District and is expected to go before the village Planning Board on Oct. 15.

The overlay district comprises the C-1, C-2, C-3 and E-1 zoning districts and according to village code was designed to promote mixed-use development above existing businesses that are permitted in those districts.

Ed Meyorian, one of the property’s owners, said that the apartments will be incorporated into the existing marina.

While he said he was not sure whether the marina would be available for public use, the applicant is planning amenities for the property that would be accessible to the public.

Meyorian said that a boardwalk out to the water will be constructed that will be open to the public and there are plans to build a small gazebo close to the water.

In addition to the proposed two-story apartment building, the application includes a below-ground parking garage and two commercial units, one of which Meyorian said would be home to Long Island’s first waterfront yoga studio.

The property is situated on the southern side of Matinicock Avenue in Manorhaven’s Manhasset Isle and sits next to La Motta’s Waterside Restaurant.

Manorhaven residents have raised concerns about overcrowding on Manhasset Isle, an area zoned for residential, commercial and industrial use. Most recently, a number of residents spoke up against 16 apartments at 22 Sagamore Hill Drive at multiple public hearings before the apartment was approved by the village zoning board earlier this year.

The application did not require any variances and was therefore approved by the village building superintendent in July.

The correspondence approving the application for zoning was addressed to John Schimenti, a Lynbrook-based architect who also worked on 59 Orchard Beach Blvd., but the site plan review application dated in August was submitted by John Amisano, the former Manorhaven building inspector.

Amisano held the building superintendent position in 2015 when he was removed from the Orchard Beach Boulevard project under the order of former Mayor Giovanna Guinta. 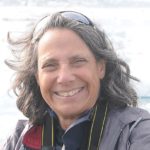 Viewpoint: Youth of the world unite behind climate action – Capitalists respond
Next Article 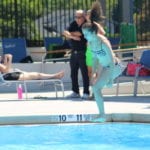