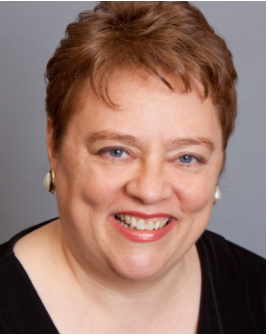 It’s the Oscars again, and I have a confession. Sure, I watch to see who wins for best adapted screenplay, and special effects… but mostly, I watch for the dresses.

I have only one real standard: is the woman wearing the dress? Or is the dress wearing the woman? You know it’s the latter when there seems to be an alien life-form propelling an unhappy human down the carpet.

Every year there are a few. At this year’s Grammy’s the best (or perhaps the worst) example was the undersea creature that appeared to have swallowed the lower body of singer Cardi B., its upper portions poised around her shoulders, ready to finish the attack.

But I mustn’t get too critical, because I know that every woman on the red carpet worked her butt off (literally!) to get in shape for this night.

Some actually hire trainers to design workouts for areas highlighted by their dress — maybe the shoulders, maybe the arms, maybe what an architect would call “the rear elevation.” Cardio, weight-training, and then some more cardio…

It’s a regime that would drop a boot camp survivor — especially when you consider that these women are eating nothing stronger than green tea and kale.

If they’ve gone to so much trouble, who am I to look away? And deny them the admiration they’ve worked so hard to attain?

There was even, if my eyes do not deceive me, a man at tonight’s celebration — a seriously macho-looking Billy Porter — who wore a black velvet tuxedo top above, billowing out below in an enormous ballgown skirt, to the floor.

Billy! Don’t do it! Why take yourself prisoner?

Do you have any idea how much easier you men have it? While the women are slaving and starving themselves for weeks, spending all day in hair and makeup, all you must do is slap on a tux and walk out the door! Your shoes don’t even have to hurt! Why on earth would you give all that up?

There is such a double standard in all this, I hardly know where to begin. A man can buy one tux and wear it till he drops. By contrast, we women are never supposed to wear the same dress twice. (And out of a paycheck which is anywhere from one quarter to one third less than a man’s!)

Where does this rule come from, anyway? As far as I can see, even Kate Middleton, Duchess of Cambridge, sometimes recycles her outfits. So why can’t we?

I am reminded of a scene from the film, “My Favorite Year.” When writer Benjy Stone, junior writer on a TV comedy show, brings Hollywood star Alan Swann home to Brooklyn for family dinner, the high point of the meal comes when his Aunt Sadie bursts in, in her ancient wedding dress. “Do you like this?” she simpers, hoping to impress. “I only wore it once!”

This scene plays in my head every time I contemplate recycling something from my closet.

Then I go right ahead. I am not walking anybody’s red carpet, so expectations are low.

There’s only one time I hit bottom, when my boys were small. Back when there were still such things as cameras, and photographs, I would print up snapshots from an earlier gathering, to give to my in-laws. Suddenly, I realized that I was standing there in the self-same outfit that was in the pictures I was handing out!

That’s why I believe there should be an award for Best Costume Philosophy… and it should go to comedian Tiffany Haddish. Haddish hosted Saturday Night Live in November of 2017 — in the same sexy white dress she had worn elsewhere, recently. As she explained in her opening monologue,  “I feel like I should be able to wear what I want, when I want, however many times I want…. Like this dress! I wore it on the red carpet for ‘Girls Trip,’ and my whole team, they told me, ‘Tiffany, you cannot wear that dress on SNL, you already wore it, it’s taboo to wear it twice!’ And I said I don’t give a dang about no taboo…. This dress cost way more than my mortgage, it’s a $4,000 dollar dress! I’m gonna wear this dress multiple times! You might see this dress in two sketches tonight!”

When Haddish finally wins her Oscar, you already know what she’ll be wearing. I’ll be there, too — applauding.

On the Right: Progressives against progress in Long Island City
Next Article 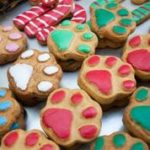