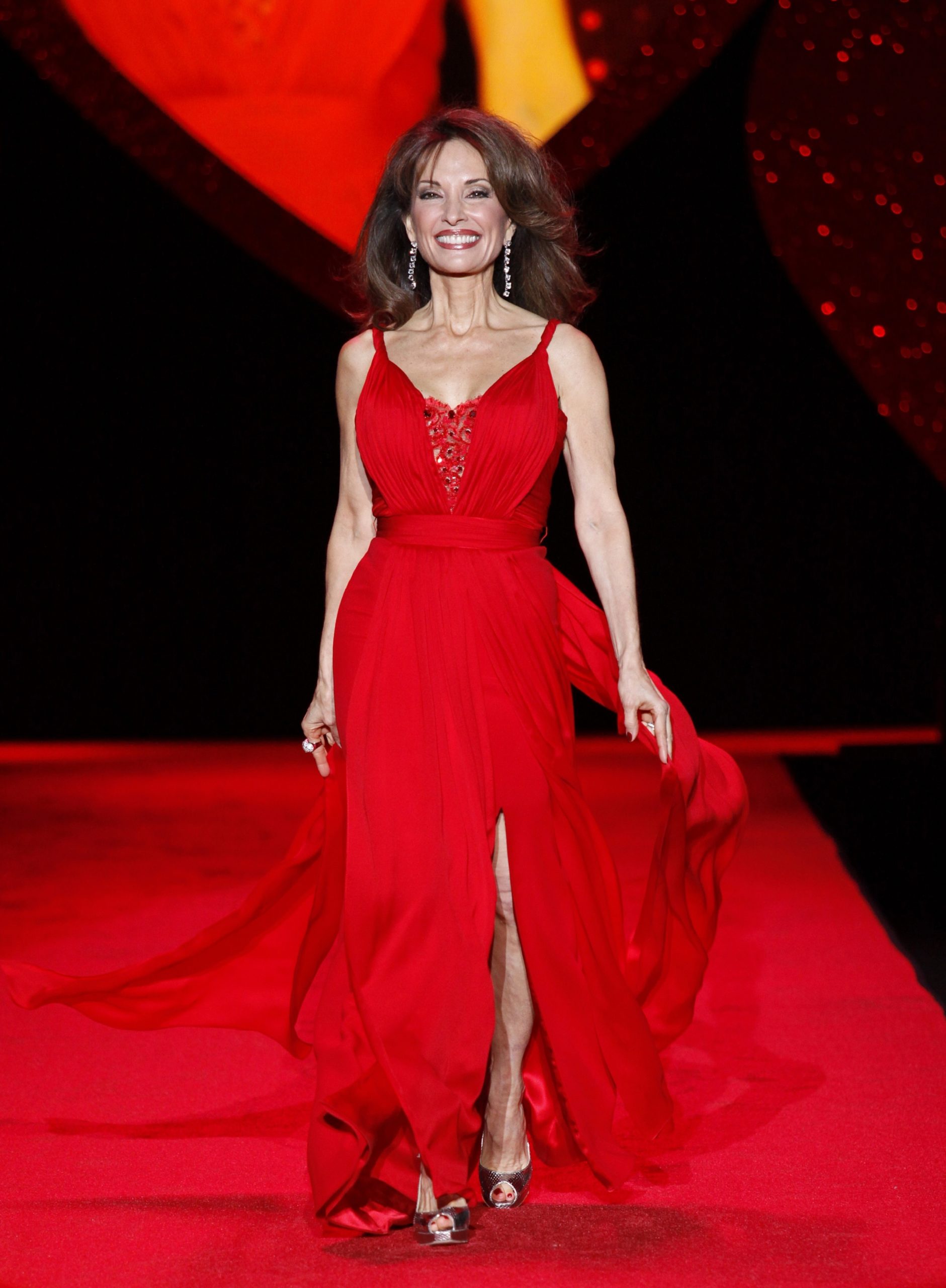 Susan Lucci, who this week revealed that she had emergency heart surgery in October. (Pixabay)

Susan Lucci was shopping at Americana Manhasset’s Tory Burch store in October when she experienced a chest pain that landed her in St. Francis Hospital for emergency heart surgery, according to a People story published Wednesday.

The pain “felt like an elephant pressing down on my chest,” Lucci said, and it turned out to be the result of artery blockage.

Her main artery was 90 percent blocked and another was 70 percent blocked, according to People. Without medical intervention, Lucci would have died, her cardiologist told the publication.

Instead, the hospital’s head of cardiology placed two stents in Lucci’s arteries, and the small tubes opened the passageways to restore blood flow.

Heart disease came to Lucci genetically, People’s Liz McNeil wrote. The “All My Children” actress’ father had a heart condition and a heart attack when he was in his 40s.

Despite regularly exercising and maintaining a healthy diet, Lucci found herself at risk of heart disease, she wrote in an Instagram post Wednesday.

“Narrowly missing a severe heart attack, I realized how vulnerable life is and how incredibly grateful I am to be here today,” the actress wrote.

And Friday morning, she was the keynote speaker at the Go Red for Women luncheon in New York City.

About 25 percent of deaths in the United States are due to heart disease, according to the Centers for Disease Control and Prevention. It is the number one cause of death for both men and women.

Lucci, 72, said she wants women to remember to prioritize themselves.

She had felt chest tightness two previous times last fall before the incident at Tory Burch, she said.

Had she been at home when she felt it the third time, she probably would not have chosen to head to the hospital, she said on Good Morning America.

“No one should have to die of a heart attack – they just need to listen to their symptoms and act on them,” she wrote on Instagram. “My hope in telling my story is that I can help at least one wife, mother, sister and friend.”

Readers Write: Healthcare for everybody — A good idea, but…