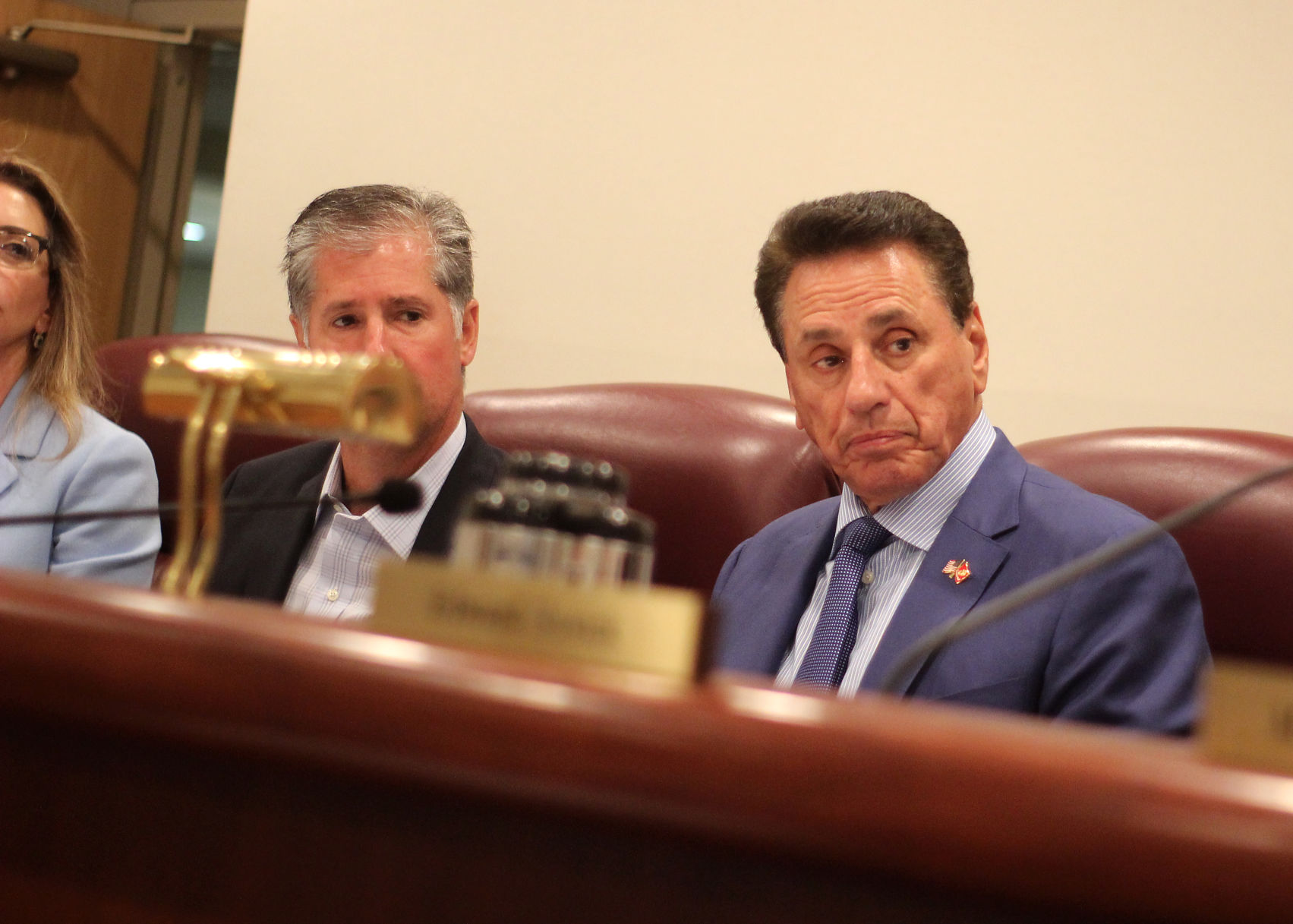 After being fired, and then rehired,  former Old Westbury administrator Kenneth Callahan will be leaving his position at Village Hall, according to Mayor Fred Carillo.

“Apparently there are residents that feel he did a great job,” Carillo said. “One of the residents in the village offered him a job with good money. We wish him good luck.”

Callahan was replaced as administrator in July because he was not a welcoming face for the village, Carillo said.

“It’s really a service to the village,” Carillo said after the firing. “I want someone to come to the front counter and get a welcoming, like you’re coming to someone’s house. That’s what it should be, and it hasn’t been that way.”

Following Callahan’s firing he was hired back by the village part time to consult on finances at an annual  salary of $70,000, after making $218,000 as administrator.

Carillo said Callahan asked to stay on to improve his pension with 20 years of service.

In a turn of events, Callahan submitted a letter of resignation to Carillo on Wednesday morning, effective Friday.

The new job offered more pay than the part-time salary the village offered  him, Carillo said.

Carillo said Callahan was “a heck of an accountant, and very dedicated to the village.”

The village will not be immediately replace Callahan, but will use an accountant already retained by the village to fill in the gaps, Carillo said.

Callahan’s firing came after a number of changes by the village board in July, including Trustee Leslie Fastenberg’s removal as deputy mayor in favor of Marina Chimerine.

Fastenberg made waves in the village last year as part of a surprise write-in campaign in what had been an uncontested trustee election. Her total of 660 votes ousted the incumbent,  Andrew Weinberg, after a legal battle involving a recount.

She was made deputy mayor after the election, but last month Carillo removed the title because she was not able to make “prudent and judicious decisions on how to best represent the village in different legal issues.”

Fastenberg said she was not involved in the decision to replace Callahan and voted against the action. Fastenberg received the news at the same time residents did during the meeting, she said.

Carillo said Ridgway has been “terrific” as the new village administrator.

Attempts to reach Callahan were unavailing.

NIFA to OK county’s plan to save $50M
Next Article

East Hampton business study could give solution to Great Neck