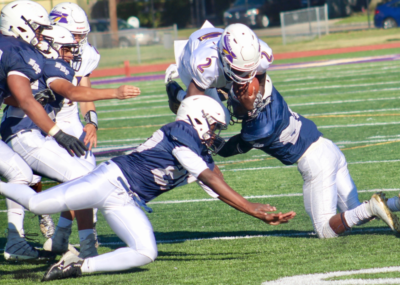 Gov. Kathy Hochul announced in August that masks would not need to be worn outside for school events. (Photo courtesy of Sewanhaka Central High School District)

During the spring, high school sports seasons stacked up one after the other from March to the end of June because of the coronavirus epidemic. But this fall, things are returning to something closer to normal.

Athletic directors such as Sewanhaka Central High School District’s Matt McLees are glad that after a summer of excitement and loosened restrictions teams can go back to a more familiar competitive schedule.

“As far as the off-season and summer stuff, the kids were chomping at the bit to get back to some sense of normalcy,” McLees said. “We’re back to September, October and November, which is normal in terms of the time in the calendar when we’re playing. In addition, it’s extremely important that we are now playing our regular mandated mandatory allowed games, including playoffs.”

Sports resumed as early as Aug. 23 in some districts.

The Wheatley School in East Williston is abiding by guidelines from higher authorities, similar to neighboring districts.

“All we do is follow the guidance from the school, CDC and New York state,” said Michael Scaturro, Wheatley’s director of physical education and athletics.  “We’re pretty much mask free outside; as long as we’re outside there are not nearly as many restrictions. If we are in the building, we have to wear masks the same as we would during the school day,” he continued.

Last month, Gov. Kathy Hochul mandated the use of masks by teachers, students, staff members and visitor in schools across the state.

Athletic directors, like any other position in the district during the pandemic, required a lot of communication between multiple facets of organizations. First, during the spring, schools had to agree upon their own provisions, and then abide by others as well, which could change. It was a process that required a lot of preparation.

“On a daily basis if we had let’s say we have 12 games in one day and we’re traveling to six places,” said Ralph Amitrano, supervisor of health and physical education for the Mineola public schools. “We could have had six different policies for visiting spectators policies for our students last year.”

With fall sports and classes in full swing in many districts in the county, some athletic directors have a mixed view on preparations for winter. Each one interviewed maintained the importance of focusing on the fall so each student could get the most out of this season. However, some also alluded to the importance of preparing in this ever changing landscape.

“We always try to worry about the present but we have to be concerned with what’s going on for the future too,” Scaturro said. “As long as nothing changes with the guidelines that are set, we’ll be set to fully go out and get our winter teams, kids registered and coaches approved.”

Statement from the Village of Thomaston
Next Article 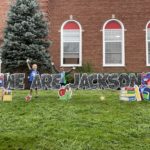