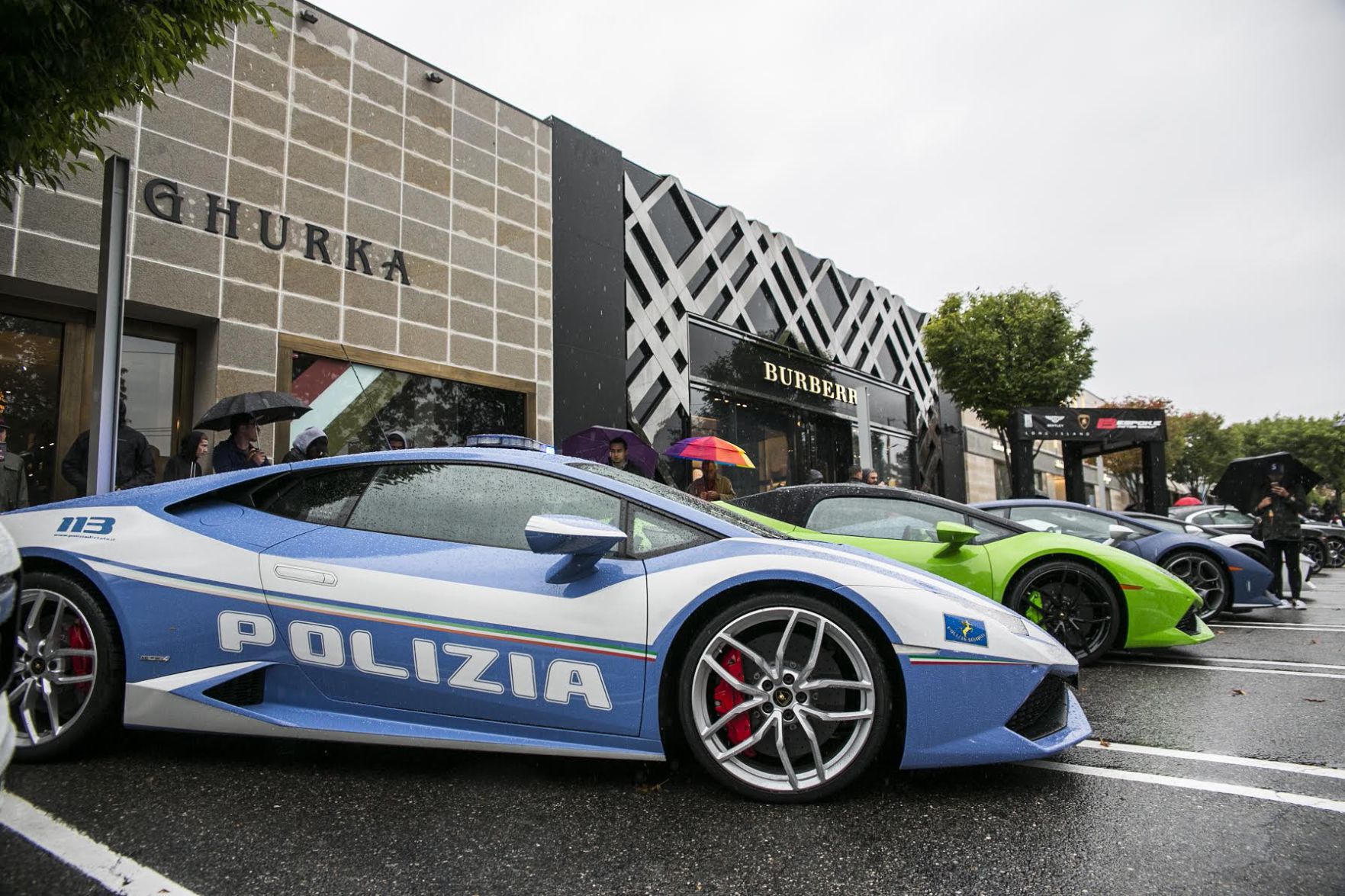 Despite rainfall that persisted for the duration of Sunday’s 12th annual Americana Manhasset Concours d’ Elegance, the organizers decided that the auto show must go on — and  it did.

“You can control everything but the weather,” said Howard Krimko, the event’s chief of judges. Attendees hoisted multicolored umbrellas over their heads as they looked at the similarly flamboyant vehicles.

Due to the rain, only 29 of an expected 150 cars ended up participating. “Since we judged fewer cars, we gave out fewer prizes,” said Krimko, the former national director of the Rolls Royce Owners Club.

The “Best in Show” award went to Glenn Simon for a 1974 Ferrari 365/bb, while the “Best Crowd Pleaser” award went to Robert Scocca for a more contemporary car, a 2014 Ultima GTR. Tom Papadopoulos won the “Best Competition Car” award for his 1964 Aston Martin DB5. Perhaps most notable was the appearance of a Lamborghini Polizia, one of a rare set of Italian police cars designed by the luxury car company.

Instead of celebrating with a customary drive through the Manhasset Americana parking lot, winners received their trophies in the food tent, said Krimko.

The rain may have scared off many attendees, but the ones who did show up enjoyed extended access to the rare cars on display. “The people who came had a good time in spite of the weather,”  Krimko said.

He vowed to return next year, as did the rest of his panel of judges.

Asked what he learned from the event, Krimko said “that it’s better when it doesn’t rain.’’

After a pause, he added, “But that’s a no-brainer.”