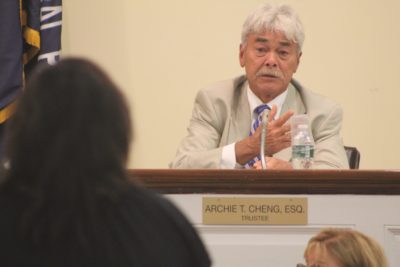 Archie Cheng is not seeking re-election after three terms on the Floral Park Board of Trustees. Michael Longobardi will look to take his seat in March. (Photo by Samuele Petruccelli)

Floral Park Mayor Kevin Fitzgerald told Blank Slate Media that Trustee Archie Cheng is not seeking re-election in March and that Michael Longobardi, the brother of ex-Mayor Dominick Longobardi, is running for the vacant trustee seat.

Longobardi, a former chief of the Floral Park Fire Department, is running on the Citizens’ Party line alongside Trustee Jennifer Stewart.

Cheng, who has been a Floral Park resident since 1978, is not seeking re-election to a third term after initially being elected in 2016.

Before being elected, Cheng was the president of both the Floral Park-Bellerose and Sewanhaka school boards. He was appointed to the seat of the late Trustee James Rhatigan in 2016.

During his tenure on the board, Cheng has been the liaison to the Fire Department, Southside Civic Association and the MTA/LIRR, among others.

Stewart, a lifelong resident of the village, is seeking election for the first time. She initially joined the board last April to fill the remainder of Fitzgerald’s term, which was left vacant following his election as mayor.

Currently, Stewart is the liaison to the Floral Park Pool, Library and North End Civic Association, where she serves on the board.  She is a special education teacher at the David Paterson School in Hempstead.

Village elections will be held on Tuesday, March 15, from noon to 9 p.m.

This article will be updated as more information becomes available. 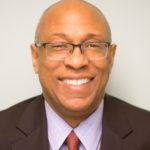