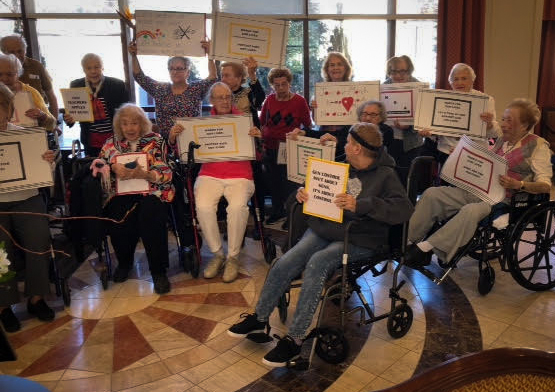 Around 30 people at Atria Cutter Mill created their own 'March for Our Lives' demonstration to stand with Marjory Stoneman Douglas High School students who survived a mass shooting and are pushing Congress to take action to curtail violence. (Photo courtesy of Edna Pitashnick)

While many eyes in Great Neck were on Jonathan L. Ielpi Park during the “March for Our Lives” protests against gun violence on March 24, several people from the Atria Cutter Mill who couldn’t secure transportation felt they couldn’t just stand by.

So they organized their own march, trekking through the senior living facility to stand in solidarity with protestors.

“The people here were very interested politically on things that are going on and want to do something,” said Edith Pitashnick, one of the roughly 30 demonstrators who participated. “They’re so admiring of the kids – they’re wonderful.”

The Atria Cutter Miller demonstrators were among the thousands across the North Shore, and more than a million nationwide, pushing politicians to enact gun reforms like stricter background checks, raising the age to purchase a firearm to 21, and banning “assault weapons.”

Among the signs waved at the Atria were “arms are for hugging,” “give teachers apples, not guns” and one about checking with the National Rifle Association – or NRA – before they could buy a senator, Pitashnick said.

“Too many children are being killed,” Pitashnick said, soon referencing the Sandy Hook school shooting. “After that terrible thing that happened with the little ones in Connecticut, I thought Congress would be in an uproar.”

The nationwide movement was sparked by survivors of the mass shooting at Marjory Stoneman Douglas High School in Parkland, FL, where a former student gunned down 17 people on Feb. 14. Many students from there have since advocated for gun control measures.

Blanche Meth, another Atria Cutter Mill resident who participated, said survivors of the mass shooting at Marjory Stoneman Douglas High School in Parkland, Fla., speaking up for what they believed in inspired their own march.

“We saw what the young kids were doing from the Parkland school,” Meth, a former special education teacher, said. “And we said we agree with it.”

The March for Our Lives protests come on the heels of a student walkout on March 14, where students walked out of class to protest gun violence and push for stricter gun laws. 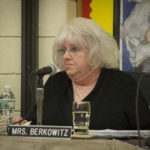 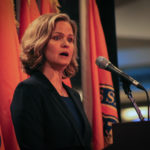