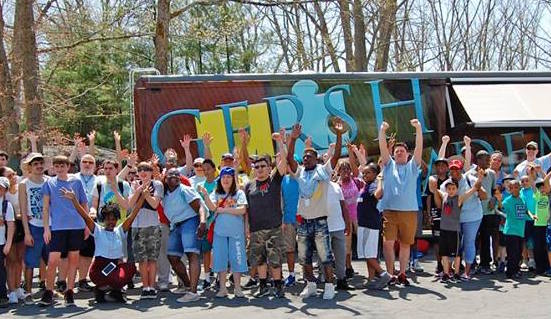 Everyday social interactions can be daunting tasks for children with autism.

Obtaining the proper education and therapy for children on the autism spectrum is up to the family, and often resources are difficult to get, not comprehensive or nonexistent. Kevin Gersh, often called the “autism whisperer” by colleagues and parents of children he has treated, wants to change that.

The Gersh Organization, founded by Gersh, has opened one of five new Applied Behavioral Analysis, or ABA, centers in Nassau and Suffolk counties. The rest will open in the beginning of 2019.  The centers will provide educational and support services for children on the autism spectrum.

ABA is a systematic approach that uses data-proven strategies to improve the behavioral skills of those with autism spectrum disorder, according to the Center for Autism and Related Diseases.

Autism is a mental condition often present from early childhood characterized by difficulty with communication and forming relationships, according to the Autism Society.

“You can’t just drop off a child with autism at some day care,” Gersh said. “There is so much more that can and needs to be developed with autistic children,” Gersh said.

A recent study by the American Academy of Pediatrics found that 1 in 40 children in the United States has autism, a large jump from the prior figure of 1 in 59 in 2014.

The ABA center in West Hempstead offers a classroom style approach. The centers slated to open in Glen Cove, Glen Head, Hauppauge and West Hills are not as traditional. One will include an equine center, where children can work with and ride horses. Another will operate as a seashore facility that will expose children to the beach and sea.

“There are not enough services available to help treat children with autism despite the fact that the number of diagnoses continues to increase,” Gersh said.

Providing new, unconventional environments and stimuli is crucial to children’s development, he said. The centers provide a combination of one-on-one therapy and a group atmosphere to improve peer interaction and social relationships.

“A child on a horse is going to get more out of their treatment than one that is always sitting at a desk,” Gersh said. “These children need to be exposed to other environments, and we need to be willing to meet them at their level.”

Children on the autism spectrum work very well with animals, he said, which inspired the organization to open the equine center, as well as a similar ABA center in Seattle next to a zoo.

“I see that it works,” Gersh said. “And we continue to do what’s new.”

Inspired by his father, a teacher, while working at a day camp, Gersh had always loved working with children. Over time, he realized that there were instances where autistic children needed more attention and dedicated efforts to improve their behavior. The first Gersh Academy opened in 1999.

Affectionately called the “autism whisperer” by those that have seen him work with children on the spectrum, Gersh is proud of the nickname.

“I meet their energy,” he said. “The ability to understand and empathize with a child with special needs is an inherent trait.

“You either have it or you don’t.”

The organization employs over 500 staff members nationwide trained in behavioral therapy, and all have that “it factor,” according to Gersh.

The new centers also offer a release for the parents of autistic children, Gersh said. Many parents treat their children at home, but Gersh said that a more socialized setting can offer a better alternative. The ABA centers use structured breaks to reduce boredom in hyperactive children.

“What we’re trying to do is offer nurturing, therapeutic centers on Long Island,” Gersh said.

The organization’s and Gersh’s ultimate goal with the new ABA centers is to “take the pain” out of acquiring treatment for those with special needs. Though the new centers are not open yet, applications are being accepted, he said. More information about applying is available on the organization’s website.

“My father used to say ‘take care of the kids and everything else will take care of itself’ and that’s all we’re trying to do,” Gersh said. 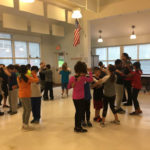 Port students are getting into the swing of things
Next Article 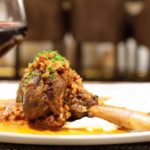