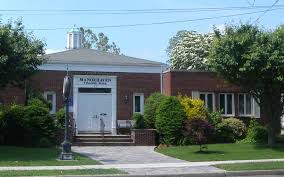 After a heated first meeting of the Manorhaven Waterfront Committee, with members disagreeing and residents angered over the lack of a public session, Mayor Jim Avena issued a statement on Friday assuring the community that its views will be considered in the planning process.

“The Village of Manorhaven welcomes input from all village residents as it considers how best to regulate development of waterfront properties,” Avena said in a statement on the village website. “Our goal is to balance the interests of the community with the rights of property owners.”

The committee was assembled by the mayor to discuss the future of Manorhaven’s waterfront after a six-month building moratorium was passed in July.

During its first meeting on Sept. 7, which took place two months into the moratorium,  residents were initially barred from speaking and the meeting was to be a work session. After constant interruptions by residents, the committee chairman, Guy La Motta, agreed to public comment at the end of the meeting, where residents expressed their fear of being left out of the planning process.

The Manorhaven Action Committee,  a residents group,  has been pressuring the village government and the waterfront committee to adopt a Local Waterfront Revitalization Plan that would restrict waterfront building.

Caroline DuBois, a Manorhaven Action Committee member, said at the meeting that residents assumed that such a plan was going to be written. “You need to decide if you’re going to do an LWRP or not,” she said.

La Motta, who is the owner of La Motta’s Restaurant and a marina on Manhasset Isle, said, “We’re not.”

“That’s not up to you,” DuBois responded.

In his statement, Avena said, “Only the Board of Trustees has the authority to adopt village laws regulating waterfront development.”

Avena added that before the board takes any action, it will hold a public session to receive input from the residents and allow anyone to express views on the issues.

Many of the districts are located on Manhasset Isle, along Sintsink Drive West and Sintsink Drive East, which includes the former Thypin Steel plant at 5 Sagamore Hill Drive.

Thypin, according to La Motta, is “the most important piece of land on the eastern part of the United States” and there’s a $100 million valuation on it.

The committee said it is unaware of Thypin Steel’s future, because it hasn’t been in touch with its owner, Richard Thypin.

Committee members suggested developing a plan and reaching out to him.

At the meeting, residents said they believed developers wanted to build condominiums along the waterfront.

They said this was made clear  when the owner of Haven Marina on Manhasset Isle evicted house boat residents.

In addition to Manhasset Isle, areas off of Orchard Beach Boulevard near North Shore Yacht Club are affected by the moratorium.

The next Waterfront Committee meeting is tentatively set for Sept. 28 at 7 p.m.

Publicans owners tap into bar’s past
Next Article

The Culinary Architect: End of summer salads to savor into fall