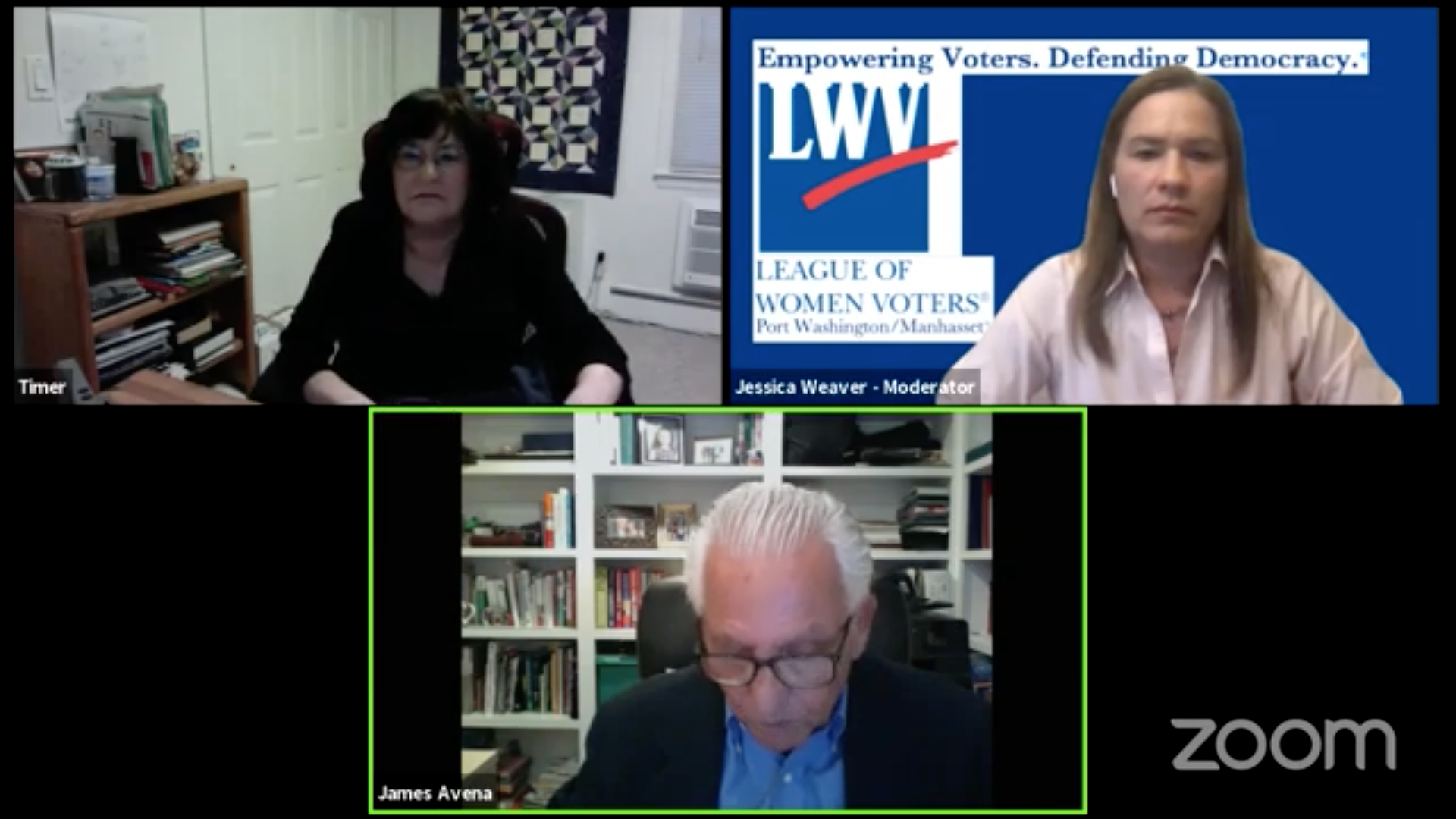 Representatives from the League of Women Voters of Port Washington-Manhasset look on as Manorhaven Mayor Jim Avena speaks in his debate against challenger Vincent Costa. Costa attended, albeit voice-only. (Screencap via YouTube)

BY ELLIOT WELD AND ROSE WELDON

The League of Women Voters of Port Washington-Manhasset held a virtual debate Tuesday night for the Village of Manorhaven’s mayoral race between incumbent Mayor James “Jim” Avena and challenger Vincent Costa, with the candidates attending via Zoom conference.

Village residents will make their choice on Tuesday.

“I am running for re-election as mayor because I want to keep Manorhaven moving forward,” Avena said in his opening remarks. “In four years, we have made great progress for the village. We have restored order to the village’s finances, earning a ‘double A plus’ bond rating from S&P, the highest rating in village history, built up strong reserves and used both grants and favorable bonds to make significant improvements to our infrastructure.”

Avena went on to detail the various improvements that were made during his tenure such as grants secured for sewer pump station repairs, trail repair in the nature reserve and road repaving.

Costa opened by naming a number of community organizations he has been involved with over the 38 years he has been a village resident. Among those were the local Boy Scout troop, which his two sons were a part of, the Fire Department, which he joined in 1977, and the Knights of Columbus and Elks Club.

Costa said he would have members of the Port Washington Police District “patrolling the streets a little more than they do now,” and would try and get in touch with the community better so as to better familiarize himself with the issues affecting residents.

The challenger also said he was not in favor of ID stickers for cars.

“I don’t think ID stickers would work, my kids come from out of town and what, do they receive a summons?” Costa said.

Avena said he supported the idea of ID stickers, and that any out-of-town guests could ask for temporary passes.

“That is one way that you could find out who is in the village. It would help us with over-occupancy as well,” Avena said.

The mayor was asked why Peter Dejana, brother of his partner Antoinette Lewis and the head of a foundation Avena was a grant administrator for, was allowed a variance to build a three-story building and eliminate 50 parking spots.

“Each case is looked at on a case-by-case basis,” Avena answered, noting that it had even been looked at by the zoning board and the ethics committee.

Costa said in response that the zoning board was “packed with Dejana’s people.”

“I attended many meetings of the BZA, and I was upset when I went to the Port Jewish Center and this woman asked for four inches on a door on a wheelchair for her father, and they denied it,” Costa said. “If I was the mayor, I would have stopped that.”

Both candidates said they were against the idea of dissolving the Village of Manorhaven. Avena said if that were to happen, the community would be governed only by the Town of North Hempstead.

Avena said he believed the people of the village do not want it to be abolished and that the village is well run and delivers good services to residents.

“I agree with Jim Avena; I would never abolish the village,” Costa said. “We would lose control of everything, our day-to-day operations, lose control of what the people have to say to us. That’s the most important thing here, listening to the concerns in the community.”

The Village of Manorhaven is scheduled to hold its voting at Village Hall, 33 Manorhaven Blvd., from 6 a.m. to 9 p.m. on Tuesday. 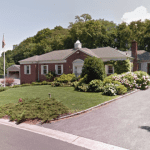