People who care about climate action and climate justice have until May 31 to post comments to the Public Service Commission about New York State’s proposed Clean Energy Standard — and to stress that while the CES is a great idea, it needs to add enforceability, put more emphasis on offshore wind, pull out nuclear energy from the standard (and state subsidies), provide more clarity and certainty to renewable development, and address the imbalance in economic incentives and legal obstacles that so far favor fossil fuels over clean, renewable energy.

There also needs to be better assurances and stability about net metering for property owners who do the right thing and install clean renewable energy like solar and geothermal and requirements that NYPA and LIPA meet the 50 percent Clean Energy Standard or pay a penalty.

Why is it so important?

Because the powers that be do not seem sufficiently, wholeheartedly committed to a clean energy economy. Instead of a mixed messages, misguided “all of the above” approach, there should be a moon shot, all-hands-on-deck shift away from a society still dependent upon fossil fuels to one that is built around clean, renewable energy.

Meanwhile, LIPA is in the midst of a major decision as to whether to invest in plants fueled by natural gas, or to take the leap and commit to an off-shore wind farm off the East End to supply the South Fork.

Activists feel New York State — and Long Island particularly — is at a critical turning point and make the point that if Gov. Andrew Cuomo is to meet the goal he is set of 50 percent of New York’s energy generated from renewables by 2030 and 40 percent reduction in carbon emissions, the only way those goals can be realized is by harnessing off-shore wind.

“This is the most important decision, which  will set the path for Long Island energy,” Ryan Madden, L.I. Progressive Coalition’s sustainability organizer, said at a rally before the LIPA board meeting in Uniondale. “50 percent by 2030 can’t happen without offshore wind.”

Activists who turned out in force on May 18, first at LIPA’s Board meeting and then again that evening for the CES hearing in Mineola, want the CES to be even stronger, with greater enforceability, benchmarks, commitment to offshore wind, pulling out nuclear power from CES, and requiring NYPA and LIPA to meet the targets.

Most important to Long Island, though, is a full embrace of off-shore windpower, which quite literally would be a windfall for Long Island’s economy.

The area off Long Beach (well beyond where anyone’s view from Jones Beach would be disturbed) happens to be the Saudi Arabia of off-shore wind in the United States.

It was the same spot that the Port Ambrose Liquified Natural Gas “terminal” was supposed to be, and now that Cuomo vetoed it, the Bureau of Ocean Energy Management has designated 81,000 acres as a Wind Energy Area, which it has opened to commercial leasing (this process will still likely take a couple of years).

We should be seeing another Gold Rush, another Land Rush, another Oil Boom to take advantage of this resource (Europe has been doing offshore wind for 20 years, is slated to add 3,000 mw more and employs 75,000 people; Denmark generates 42 percent of its energy from wind ).

Whoever controls this resource and locks in supply will be the kingpin of a major new industry and control many of the levers for economic development in the region.

Long Island utilities should lock in purchase agreements to insure supply — rather than the energy flow to New Jersey, for example. The key is that wind is an energy source that is virtually free and the cost of the technology to capture it is coming down exponentially, while the technology to distribute and store it is another potentially booming industry.

Not only are renewable the antidote to Long Island’s high electric bills — which by every account is a key deterrent to businesses opening here — but 250 megawatts generated from renewables are projected to support 2,800 full-time-equivalent jobs and inject $645 million in local economic activity.

Long Island has the chance to be on the forefront of this emerging industry, not just a regional leader but a national and world leader. But if we don’t lock in and capture it, others will.

The race is on in region to develop this resource. Long Island is at an energy crossroads. We face a big choice:  Business as usual, invest in dirty dangerous fossil fuels, or invest in the power source of the future: solar, wind, geothermal, hydroelectric. Which will it be?

So far, Suffolk County’s leadership recognizes the potential; Nassau County is being left behind.

Cuomo (to his credit) has a number of programs to support renewable energy development to some extent under the umbrella Reforming Energy Vision — including NY Green Bank Build Smart NY, Charge NY and NY-Sun Initiative.

But it seems that property-owners, business owners, municipalities and academic institutions and entrepreneurs may not know to how to take advantage of these programs.

Moreover, there is too much insecurity and some unnecessary complexity in some of the monetary incentives like net-metering and incentives for installing solar panels, as well as the whole program of Renewable Energy Credits, where you get to sell RECs.

New York Renews, a coalition of nearly 60 organizations from across the state are organizing a rally and lobbying event in Albany on June 1 (11 a.m. to 3 p.m.)

“The day’s rally and lobby activity will support the Climate and Community Protection Act, the most ambitious climate protection bill in the US that will put New York State on the path to 100 percent renewable energy by 2050.

The bill would set benchmarks and reporting requirements to ensure we’re hitting our goals, it would promote healthy communities, and it would guarantee good jobs and environmental protections for those hardest hit by climate change. It would show the nation and the world that this is a fight that can be won,” states Roger Downs, conservation director for Sierra Club Atlantic Chapter.

You can send comments regarding the state’s Clean Energy Standard to the Public Service Commission through the Sierra Club’s link, sc.org/CES. 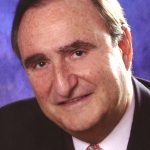 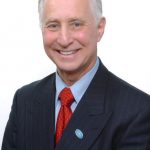 Real Estate Watch: Is it size of office, quality of agent?