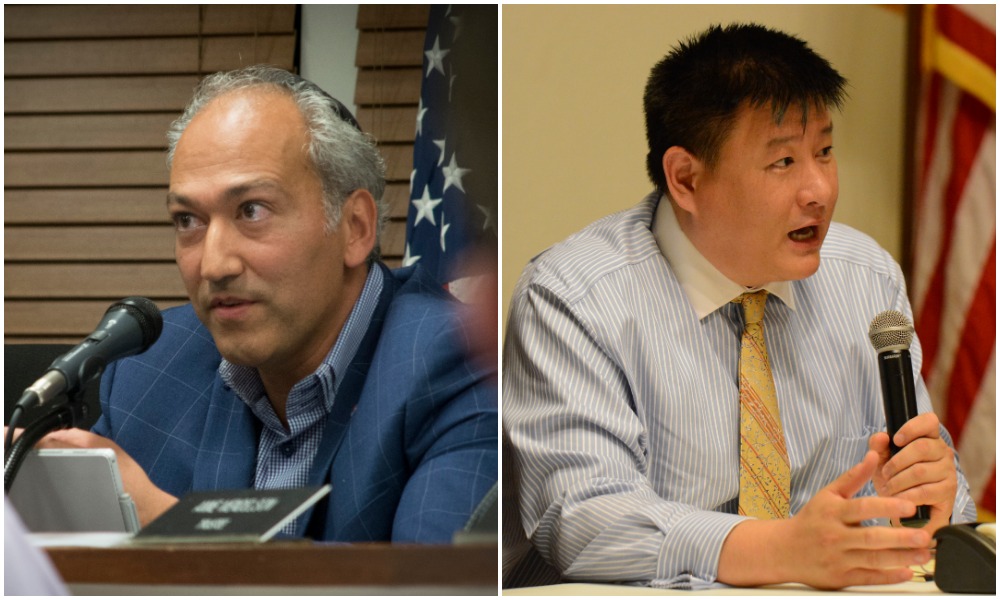 Village of Great Neck voters will decide on two trustees and who should be mayor on Tuesday in a hotly contested race that has set off accusations of dishonesty and questionable campaign tactics.

Running for trustee with Wu on the “Village for All” slate are Julia Shields, a community activist and Great Neck resident for more than 50 years, and Harold Citron, a retail analyst who has lived in Great Neck for about 20 years.

When announcing his run, Wu said he would bring an “openness to the whole community,” and a willingness to listen and work to solve problems. He has also suggested that the administration is engaged in a “top down approach” to government, where residents are not included.

“I think we need [an approach] where the people are actually listened to and the problem is that the administration has not shown this,” Wu said at the time. “If this changes, it would be for the better because that’s how government should be.”

Bral has debated this characterization, noting the village’s live streaming of meetings and saying he has a record of “being accessible,” and said his administration has accomplished many things, such as the installation of LED lights, paving of roads, reducing village debt and keeping village taxes flat.

The race was sparked by concerns over the Great Neck Board of Trustees’ handling of “revitalization,” or proposed changes to the zoning code that trustees have said was intended to spur commercial development and give the village a voice in negotiations.

The proposal, which was declared “dead” in March, essentially would have expanded an incentive overlay district and allowed the Board of Trustees, on a case by case basis, to give developers an incentive – say, an extra floor – in exchange for something of benefit like affordable housing or improved waterfront access.

The change also would have allowed assisted living facilities under the zoning code and required anyone applying under “incentive zoning” to be subject to a public hearing.

Opponents feared the plan could prompt overdevelopment, which in turn could strain resources, worsen traffic, make the village more crowded, and possibly harm the school district and property values. They also described the $100,000 study by VHB Engineering, the village’s consultant on revitalization, as flawed.

Some also said village residents should have been better consulted and that the mayor seemed not to consider  input from residents who questioned the plan.

Wu has faced questions about campaign finance violations in his 2009 City Council bid in Queens, where he racked up nearly $18,000 in fines, as well as a last moment switch in trustee candidates.

Two trustee candidates on Wu’s slate, Eric Beerman and William Groel, dropped out at the last minute and were replaced. Wu has repeatedly stated that they had to quit the race due to personal and business reasons. Wu has also said that a bulk of the fines could be attributed to a loan from his brother during his 2009 run, saying an advance was mischaracterized as a loan.

Alleged campaign tactics have also come under fire during the race.

The elections seem to have made their way into synagogues, with election material against Wu being left in a shul from “Village Residents for Honesty and Transparency” and a mass email going out from at least one synagogue encouraging people to vote for Bral.

Daniel Rahmani, in a letter, said he saw Wu campaigners handing out election flyers during the Memorial Day parade.

Wu has also said he has heard from several people that opponents are spreading false rumors, such as that had been arrested, and telling people not to vote for him based on his ethnicity.

Bral said that rumors of “a wrong-headed few supporters” possibly engaging in “uncivil or even racist conduct” were “disheartening.”

“I urge all persons in all elections to behave civilly and ethically, and I – and my running mates – condemn the behavior of anyone who doesn’t,” Bral said. “I hope that my opponent, and his slate of candidates, are willing to do the same.”

As of Tuesday, just a week before the election, both sides had not agreed to debate. 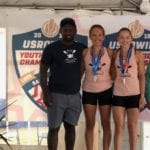 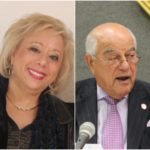