Actor, singer, and performer, Ben Vereen, will be the recipient of the Gold Coast Arts Center’s 2019 Lifetime Achievement Award.

“Ben Vereen is the iconic triple threat,” said the center’s director, Regina Gil. “He is so iconic and legendary, it’s almost crazy that there is a whole generation that, for the most part, doesn’t know he exists.”

Vereen, a Tony award winner in 1973, has made his mark in the world of the arts on and off the big screen.

He has been in such Broadway productions as “Pippin,” “Wicked,” “Jesus Christ Superstar,” and “Jelly’s Last Jam.”  Along with a slew of guest appearances on hit shows, Vereen’s biggest television role was as Chicken George in the 1980s show, “Roots, and his most notable film being “All That Jazz,” released in 1979.

“There’s really nothing that man can’t do,” Gil said. “He is the ultimate performer, and we’re so excited to have a home-bred talent be the recipient of the award.”

Vereen attended the Manhattan High School of Performing Arts, and will receive a tribute from Uniondale High School’s award-winning show choir, Rhythm of the Knight, which has been featured on programs for NBC, ABC, FOX, and News 12, during the festival’s opening ceremony.

“I think the tribute by the group is extremely fitting,” Gil said. “Not only are they an outstanding local performance group, but it gives the younger generation who may not know the extent of Ben’s impact, a glimpse into just how remarkable of a man he is.

Each year, the Gold Coast Arts Center puts together a committee of jurors to submit, and then vote on one person to be recognized for this prestigious lifetime achievement award.  Past jurors have included directors of photography, documentary filmmakers, actors, and oscar-winning producers. Gil explained that there is more than some people think when it comes to narrowing down a list of close to 10 people, to find one winner.

“First, you get all these amazing submissions from highly credible and reputable figures in the arts,” she said. “You have your initial list, and then weeding out those who may not be able to attend due to various circumstances, and making sure that they have lived enough to have this lifetime award, then it gets more tricky.”

She continued, saying, “Our main objective is to find someone that is worthy but also shares the same values that our center, and the people who work with us have.  After thoroughly discussing Ben’s impact on wanting to mold and inspire future generations to enter the exciting world of the arts, we had our winner.”

“I encourage everyone to come for the whole festival, but especially to watch a living legend grace the stage in our own collective backyard,” said Gil.

The opening ceremony for the festival will be held on Nov. 4 at the Tilles Center for the Performing Arts.

Readers Write: Support the Community Chest of Port
Next Article 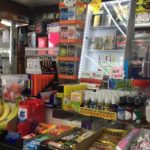