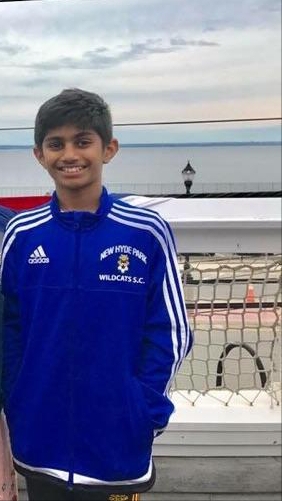 Brandon Thomas was chosen by FCBarcelona Soccer Camps to play on Team USA at the 2017 Santo Domingo Tournament this month. (Photo courtesy of Jainy Thomas)

New Hyde Park’s own “little Messi,” as his friends call him, will represent the nation in an international soccer tournament.

Brandon’s mom, Jainy Thomas, said she and her family, who will all accompany Brandon to the Dominican Republic on Dec. 15, 16, and 17 for support, are excited he was chosen but not necessarily surprised.

“He’s passionate about soccer, but he’s overall a great athlete at whatever sport he tries,” Thomas said. “I have three kids and he’s definitely the athlete of the family.”

Brandon, 12, has been playing on the New Hyde Park soccer team since he was 4-years-old, Jainy said.
He’s left footed, and plays all different positions but Brandon said he mostly plays left wing as a striker and sometimes left back as a defender.

For the last two years he’s been playing on the Wildcats club travel team and this year, when he started at New Hyde Park Memorial High School, Jainy said Brandon joined the school’s soccer team too.

“He has that natural instinct to be that sort of an athlete,” Jainy said. “I think some people are just naturally gifted, but he enjoys it.”

Instinctive or not, Brandon still spends lots of time training.

Soccer practice is basically every day, and then there’s games on top of that, Jainy said.

That’s not a problem for Brandon though, who Jainy said is always full of energy.

“He’s the type of person who could run around all day long,” Jainy said.

Jainy said she she’s proud of Brandon and his hard work, but is also happy that he’s able to represent his hometown of New Hyde Park — and maybe motivate other young athletes.

That’s a message Brandon wants to spread, too.

“I hope my story will inspire other kids to also work hard and be dedicated in a sport that they enjoy playing,” Brandon said. 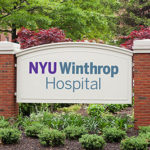 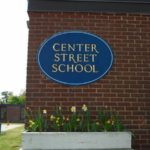