The strain Black Mamba is one of the most scary-looking purple buds at the dispensary, and it may be just as sneaky as the snake it is named after. Black Mamba is a hybrid strain made by crossing Granddaddy Purple and Black Domina. It is an Indica dominant hybrid (70% to 30%) and is known for being strong. As a warning to new users, the marijuana strain was given the name of a deadly African snake. This is because the strain has very strong psychoactive effects. This strain is much less strong, which is good. It looks much more mysterious and darker than strains like Black Diamond, and it tastes just as strong.

Even though the name sounds heavy, the Black Mamba taste is light and complex. Black Mamba has the taste of fresh, crisp grapes, sweet, juicy plums, and soft violet undertones.

What Is The Black Mamba Strain?

Many people who use marijuana start their search with this question: “Is it an indica or a sativa strain?” The strain Black Mamba is a cross between these two species. Both buyers and farmers are interested in hybrids. Crossing or “phenohunting” hybrids is done for several reasons, like speeding up plant growth, making more plants, or spreading out psychoactive compounds more evenly.

It can grow up to 6 feet tall and has dark purple flowers and dark green leaves. Because of the high concentration of anthocyanins, the color has a unique look. The thin leaves stand out because they have purple tones. It has buds about the size of a golf ball and is completely covered with crystal-white trichomes.

Black Domina, mostly indica, and Granddaddy Purple, mostly sativa, are said to have given birth to the sedative Black Mamba. Black Mamba is mostly indica (70%) and sativa (30%). Because of this, it has calming effects and is best used in the evening. Because they make people sleepy, strains (mostly Indica) are sometimes called “in da couch” or “couch lock.” This makes them good at making you feel hungry and relieving pain. Since Black Mamba leans more toward the indica side, its effects will be similar to those of classic, full-strain indicas. Black Mamba is both strong and heavy, leaning more toward the indica side of the cannabis spectrum.

Black Mamba is a great choice if you want an Indica-dominant hybrid strain that will quickly put you in a deep state of relaxation and excitement. This strain usually has 20% or more of the psychoactive compound THC, which makes it very popular. Its hybrid genes make this strain very flexible and may have many different effects.

How To Identify The Black Mamba Strain Of Cannabis

The Black Mamba cannabis plant is a very pretty sight. The Black Mamba strain of cannabis stands out because it has dark forest green leaves and dark purple flowers that give it a magical look. This plant looks sophisticated because its leaves are purple and shaped like arrows. The multicolored buds are about the same size as other domestic strains. They have white trichrome specks, which may make them denser and tougher than other domestic strains and a little harder to break up without a grinder.

At about eight weeks, the plant starts to bloom. It makes clusters of curly, forest-green flowers that often have the same purple hues as the parent plant. Some strains, especially those picked when they are still young, have fiery red hairs that stand out beautifully against the dark colors of the plant.

The Black Mamba strain is different from other strains because it has deep purple spots. The strong smell of Black Mamba is so inviting that it might be hard to keep it a secret from your friends.

Black Mamba is a strain that you can grow quickly and easily at home with a little patience and a few simple steps to make sure the plant stays healthy and grows well. The plant makes groups of needle-like leaves that are mostly dark green but have purple spots.

Black Mamba has a high level of limonene, the terpene which gives it its citrusy smell and delicious, energizing taste. Some other flavors and smells that stand out are diesel, sour grapes, and a strong skunky smell. The high is surprisingly smooth and pleasant for a strain with such a prestigious name.

At first sniff, Black Mamba’s perfume smells unique. It is a mix of sour-sweet grape and rich, woody pine. Together, they make an earthy scent that reminds me of the summer air in a big park. The earthy, lingering smell gets stronger every time you take a breath, filling your nose with a delicious fruitiness.

The strong smell of herbs will fill the room when you break open the bud, taking you to a peaceful herb garden in the country. Black Mamba has a strong perfume smell compared to the smell of expensive flowery soap when it is burned.

As you no doubt remember, the taste is an important part of the experience of consuming cannabis. The distinctive sweet, woodsy smell of Black Mamba comes through in the first taste. The first taste is pretty close to the smell, but it gets sweeter as it goes on. Terpenes in the plant’s oils give it a strong, fruity taste like grape juice. The sweetness goes away quickly, and an earthy, woodsy taste replaces it. The smoke fills your lungs and makes you feel calm.

The smooth smoke from Black Mama is so smooth that the grape and berry flavors stay on your tongue long after you’ve stopped smoking. But if you smoke a lot, the pungent smoke gets thick and irritating, making it hard to see what’s in front of you.

The cannabis strain Black Mamba is easy to grow at home, and commercial growers like it because it produces a lot. You’ll have to wait a long time to see results, but both the inside and outside do well. It needs a semi-humid environment with an average temperature of 70 to 80 degrees Fahrenheit to reach its full potential when grown outside. So, this strain does better outside than inside, but you can grow it indoors with the right heating.

When taking Black Mamba, one needs to be careful. It is a good alternative for those with chronic pain, generalized anxiety, and more problems since patients have found it effective in lowering pain, anxiety, and depression. People who have trouble eating have found that taking Black Mamba helps because it usually makes them hungrier. Patients with a wide range of diseases have said that this strain made their nausea and headaches disappear.

If you plant in the spring, your plant will have plenty of time to grow before harvest, usually in late September or early October.

Give your Black Mamba plants a lot of room to grow, as they can grow to be 6 feet tall in a short time. If you grow it indoors, the plant will be much smaller and easier to care for, and you can guide and control its growth to get the desired effect.

For the best bud growth in an outdoor crop, you should top the plant sparsely so it doesn’t expend all of its energy trying to grow.

The THC in Black Mamba weed can range from as low as 13% to as high as 25%. On average, this strain has about 19% THC. Even at its weakest, this is a strong strain since the average for an indica is 13%. Because it is an indica, it has a higher-than-average amount of THC, making you feel sleepy and calm upon ingestion.

The cannabidiol (CBD) level in Black Mamba is between 1% and 4%. But this doesn’t mean that this strain isn’t useful for medicine; it is often used to treat many illnesses.

People claim that the effects of Black Mamba are both euphoric and relaxing. More experienced cannabis users say Black Mamba makes them feel good and puts them to sleep. Patients who use marijuana for medical reasons often choose the Black Mamba strain to help with anxiety, arthritis, and bipolar disorder symptoms. Myrcene is the main terpene in this cannabis strain. It smells like flowers and grapes and has a taste that is more earthy and berry-like.

People with mental health problems like anxiety and depression use Black Mamba because it helps them become more aware and calmer. Because it has a great mix of sativa and indica genes, Black Mamba also functions as medical cannabis, which is common for cannabis products with high levels of THC.

People diagnosed with ADHD have benefited from Black Mamba’s effects on clear thinking and sharp focus. These effects make it easier for people with ADHD to focus on tasks and talk to people around them for longer periods. This is another common reason for using Black Mamba. Black Mamba is great when you have things you need to do. It can also help you get through jobs and projects that need more attention than you can give them on your own.

Users testify that Black Mamba made them feel dizzy, which is another reason to limit how much you take until your body learns to tolerate this strain. But only a very small number of people have ever reported this side effect.

Other side effects, like dry eyes and a dry mouth, aren’t too bad and happen to most people who use strains with a lot of THC. They only last a short time, which is good, and they are not too hard to deal with overall.

The Black Mamba strain of marijuana is a great example of how profitable it can be to breed marijuana and how far the cannabis industry has come in breeding weed. The developers engineered Black Mamba by putting together the genes of two well-known and popular strains of cannabis. The end result is a very relaxing strain but still manages to make the user feel energized in some way. You can also go through to white runtz strain, if you are interested.

There are many kinds of Black Mamba, and you can find them at almost any online pot shop. You can buy both the flower and pre-rolled cigarettes to get high immediately. Depending on the market, you can buy it as a concentrate or in moonrocks. There are many ways to feel the strain’s calming effects, and you’ll be happy with your choice.

This strange mix of effects doesn’t make any sense, but it doesn’t leave you confused. Instead, it makes you feel energized and happy to do the work you have to do. Black Mamba is a great strain for any time of the day or even in a social setting. However, its high THC level makes it a bit risky for new users.

Black Mamba is the place to go if you have some free time in the late afternoon or evening and want to relax with a good meal. This strain’s fruity taste makes it enjoyable to smoke, even if all you want to do is go to sleep or stay asleep. A local dispensary is the best place to find out more or try it out yourself. 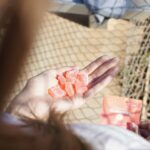 How To Make Delta-8 Buds Edibles?
Next Article 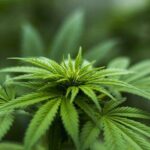 What Happens When You Sleep High? Things You Should Know