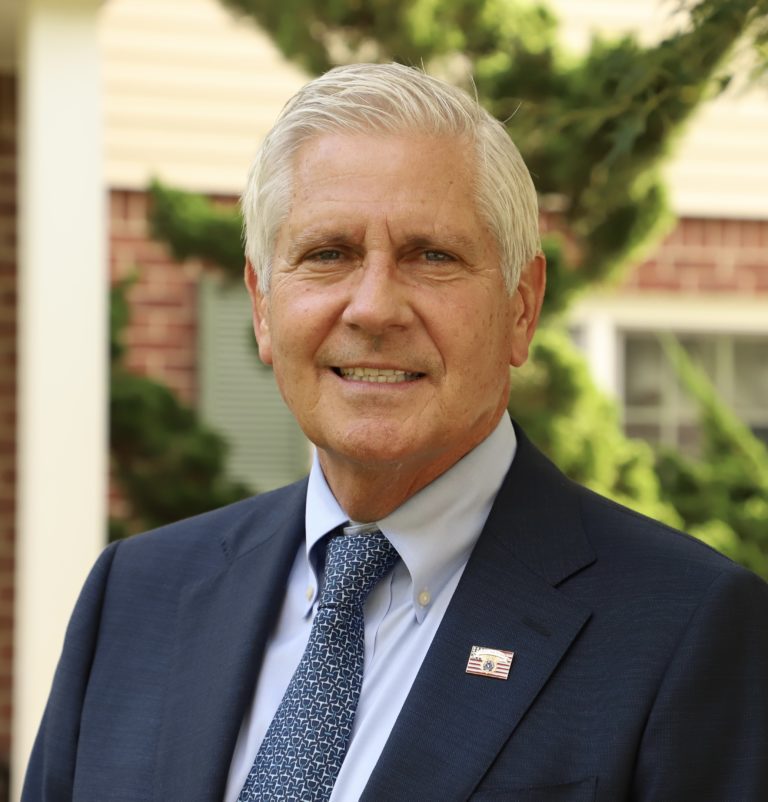 Nassau County Executive-elect Bruce Blakeman said he will not enforce Gov. Kathy Hochul's mask mandate in Nassau when he takes office in January. (Photo courtesy of the Blakeman campaign)

Nassau County Executive-elect Bruce Blakeman announced on Monday that he will not enforce Gov. Kathy Hochul’s updated mask mandate when he takes office in January.

Last week, Hochul announced that masks would be required in all indoor public places of business that do not have a coronavirus vaccine requirement. The new mandate, which took effect Monday, also extends to schools, nursing homes, correctional facilities, health care settings, public transit and homeless shelters, according to Hochul.

The governor said she was taking temporary measures for the holiday season.  “We shouldn’t have reached the point where we are confronted with a winter surge, especially with the vaccine at our disposal, and I share many New Yorkers’ frustration that we are not past this pandemic yet,” she said.

Hochul said she and other state officials will not force counties to enforce the new mandate, leading to Blakeman saying he will use a “common sense” approach to mask-wearing.

“Come January 1st, my administration will move Nassau forward with a common sense approach that acknowledges the facts, science and progress made by our residents while also protecting businesses and jobs from any further damage created by government mandates,” Blakeman said in a statement.

Hochul said the new mandates will be reevaluated on Jan. 15.

While more than 80 percent of adults at least 18 years old in New York are fully vaccinated, Hochul pointed to statistics that show an increase in positivity rates for the coronavirus over the past week. The state’s seven-day positivity rate as of Wednesday was 4.6 percent, according to the state Department of Health.

Two months ago the state’s seven-day positivity rate was 2.5 percent. Last week Hochul referred to  warnings she made before Thanksgiving that more drastic measures could be implemented if the number of new cases did not decrease.

Officials from the state Department of Health indicated that the omicron variant made its way to Nassau County, with the first two cases being identified over the weekend. Officials did not specify where in the county the cases are.

Blakeman also touted Nassau County’s vaccination status as a reason to not enforce the mask mandate. As of Wednesday, more than 76 percent of all Nassau County residents had been fully vaccinated.

“Nassau County is not in crisis, and should not be painted with the same broad brush as the rest of the state,” Blakeman said. “97% of adults in Nassau County have received at least their first dose of the vaccine, and Nassau hospitals have adequate capacity to handle existing demand.”

The 11020 ZIP code consists primarily of the Village of Lake Success and University Gardens. Some of this area is also made up of Great Neck South Middle and High School, North Shore Hebrew Academy and the Fresh Meadow Country Club.

The 11042 ZIP code of New Hyde Park continues to have the lowest rate at 24.9 percent of people vaccinated, according to statistics. That area, however, consists primarily of businesses south of Northern State Parkway and along Marcus Avenue.

The next lowest vaccination rate on the North Shore is the 82.1 percent in the 11024 ZIP code of the Great Neck peninsula, which includes the Village of Kings Point. The next lowest one is also in Great Neck, with the 11023 ZIP code at an 88.5 percent rate, according to the figures. This area incorporates parts of the villages of Great Neck and Saddle Rock, along with Great Neck Gardens and Harbor Hills.

In total, the 14 North Shore ZIP codes average a 90.1 percent vaccination rate. Without the 24.9 percent figure in the 11042 ZIP code, the average for the remaining 13 ZIP codes increases to 96.1 percent. 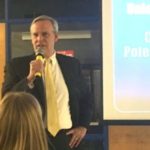 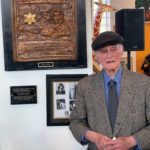