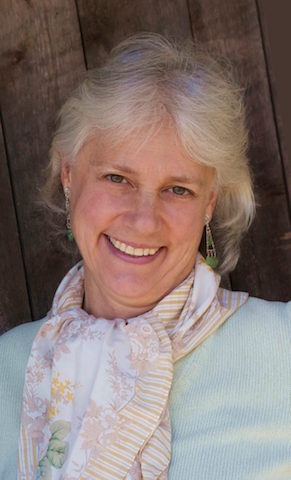 Every environmental problem we face today has a similar root cause: Somewhere there is a corporation making a profit from a product or a technology that is exacting a toll on the air we breathe, the water we drink, or the food we eat. Sometimes all three.

Back in the 1970s when President Richard Nixon established the Environmental Protection Agency in an attempt to ameliorate environmental problems, the method by which the agency was supposed to accomplish its mission was clear: The agency would regulate, supervise, and, when necessary, punish corporations that polluted our environment.

This is the clear role and responsibility of state governments as well: to act as the mediating force between corporations, which are mandated to maximize profit for shareholders and the public, which depends on a clean environment and its natural resources to survive and thrive.

But over the past few decades, corporations have become increasingly brazen in flouting the public interest, polluting our resources and daring governments to punish them. Their shills in Washington (and Albany) use words like “economic growth” and “jobs” as weapons to fight off reasonable efforts to try to mitigate the worst kinds of pollution – some of which is rapidly becoming irreversible.

Let’s take, for example, the recent debate in Albany over the sale and use of water-soluble, high-nitrogen lawn fertilizers on Long Island. There is no dispute that these products are a significant contributor to our nitrogen pollution problem and are at least partially responsible for summertime algal blooms, shellfish bed contamination and fish kills that close beaches, significantly reduce aquaculture harvests and discourage tourism. Equally important are the high levels of nitrates from water-soluble fertilizers that migrate below the root zones of grass plants during heavy rain or irrigation and contaminate our drinking water aquifers.

During the recent legislative session in Albany, environmental champion and New York State Assemblyman Steven Englebright proposed legislation to ban these highly polluting products, and in the Senate Todd Kaminsky introduced the same bill. Virtually every environmental organization on Long Island lined up in support, along with the Long Island Water Conference (an alliance of 47 Nassau and Suffolk public drinking water purveyors), fishermen, the American Academy of Pediatrics and local government officials who have to deal with the cost of this pollution.

New York state has already banned the use of phosphorus in fertilizers, since it creates similar nutrient loading problems in freshwater bodies, so it seemed like a no-brainer to limit fast-dissolving high-nitrogen fertilizers in New York’s only marine (saltwater) environment, if even just to be consistent with existing law.

But the Scotts Miracle-Gro company was not happy with the legislation. Even though they make a low-nitrogen lawn fertilizer product (as do many other fertilizer manufacturers) that won’t pollute our water, they make more money from the ones that do. A lot more money. Their water-soluble, high-nitrogen fertilizer products are the best-sellers at the big box stores and garden centers on Long Island, helping the company to produce revenue of almost $3 billion last year.

In 2018, the Long Island fertilizer bill passed in the New York State Assembly by a wide margin, but in the Senate it was held up in committee by the chair of the Health Committee, Republican Kemp Hannon of Garden City, who decided at the last minute not to allow a vote.

This year Assemblyman Englebright and the environmental community tried again, and this time the chances looked much brighter with the Democrats in control of the Senate and Todd Kaminsky of Long Beach as chairman of the Environmental Conservation Committee.  Kaminsky has a record of opposing corporate interference in legislative matters, and it looked as if Long Island would finally ban the fertilizer products that pollute our aquifers and harm marine ecosystems.

But this year, the Scotts Miracle-Gro company was determined to kill the bill and for sure they spent a lot of time in Albany. They also motivated the professional landscaping community to pepper Long Island legislators with complaints about how lawns would suffer (even though Scotts’ own non-polluting product promises a “thick, green lawn”) and before long we heard the familiar phrases of “jobs” and “economic growth.”

In the end, Kaminsky decided fertilizer manufacturers shouldn’t be required to reformulate their product or remove their offensive products from store shelves on Long Island. The bill never moved out of his committee.

This summer, when hot weather, tidal currents and high levels of nitrogen in our water produce harmful algal blooms and the myriad problems associated with this disruption of the marine ecosystem, Long Islanders should think about the influence of large corporations and ask their representatives in Albany to stand up to corporate polluters and do what’s right for the people who elected them.

And, of course, every Long Island homeowner has the option of protecting our water by choosing low-nitrogen (15 percent or less), mostly water-insoluble fertilizers. For more information, visit www.liwater.org.