Marijuana legalization is rising as over a third of US states have legalized it for recreational use. However, although more Americans are beginning to support this development, some states have remained reluctant toward this change. States like Texas have a history of conservativeness and opposition to weed use.

Texas belongs to the group of states that have legalized only medical marijuana. However, although medical marijuana is legal in Texas, it is subject to very strict regulation so that access to weed is severely streamlined to only specific cases where the government deems it necessary. 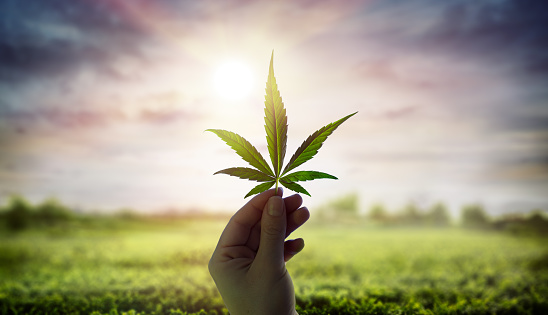 Texas has historically had a critical stance on the use of weed. Marijuana officially became illegal statewide in Texas as far back as 1931. Since then, recreational marijuana has remained illegal. The Compassionate Use Act in 2015 made medical marijuana legal, allowing qualified physicians to prescribe low THC cannabis to qualifying patients.

This law is subject to many restrictions that some argue make weed hard to access, even for those that genuinely need it for medical purposes. The punishment for marijuana-related offenses in Texas is very strict; most come with prison sentences.

Everything from planting, growing, cultivating, manufacturing, and using marijuana in any form is illegal in Texas, excluding the medical marijuana allowance.

These offenses range in severity from a Class C misdemeanor to a Class A felony offense. Class C misdemeanor is the least serious criminal offense punishable by a fine of up to $500 in Texas. If charged with such an offense, there is no chance of a prison sentence.

Class A felonies on the other side of the spectrum come behind capital felonies which are punishable by death in Texas. If charged with a Class A felony, one could spend between 5 to 99 years or life in prison and a fine of up to $10,000.

One may be liable for a state jail felony if they deliver or possess marijuana less than 5 pounds but more than one-fourth of an ounce or 4 ounces. These laws make Texas one of the strictest states regarding weed offenses.

The Texas Code allows a physician to prescribe low THC cannabis in whatever form to patients who require it for ‘compassionate use.’ Low THC cannabis refers to cannabis products with 1% or less THC content. There are, however, limits to this provision.

The first thing is that the patient has to be a permanent state resident. Also, the physician must register in the state’s compassionate use registry, popularly known as CURT (Compassionate Use Registry of Texas).Although you can find numerous kinds of  weed products in the market including THC vape pen,bongs, pre-rolls etc.

The physician determines if the person fits the bill of a qualified person as outlined by Texas Code. Such a person must have one of the following ailments:

Federally, marijuana is a Schedule I drug under the Controlled Substances Act. According to the DEA (Drug Enforcement Administration), these substances have no recognized and accepted medical uses and a high potential for abuse.

However, the 2018 Farm Bill legalized and regulated the growing, distribution, and consumption of hemp-derived products at the federal level. This led to the proliferation of products like CBD flowers, delta-9 products, etc. All these products were made legal federally as long as they contained less than the 0.3% THC limit prescribed by the law.

Texas follows suit with the federal government by also classifying marijuana as a controlled substance; the only difference is its exception for medical marijuana although you can find numerous kinds of  weed products in the market including Delta-9 gummies, tinctures and many more etc. Texas lawmakers also followed in the footsteps of federal law by making hemp-derived products legal in the state.

The Texas Department of State Health Services still considered delta-8 a controlled substance after passing House Bill 1325. However, it is currently legal due to a temporary injunction by a state district court preventing the DSHS from illegalizing it. There is an ongoing lawsuit to determine whether or not the DSHS can take such a stance.

Difference Between Hemp And Marijuana

Hemp and marijuana are two different species of the cannabis plant. The law classifies strains containing less than 0.3% THC as hemp, while those containing more are grouped as marijuana. Since THC is the psychoactive compound in marijuana, federal law tries to prevent the use of cannabis substances capable of getting one high.

Physically, it may be impossible to spot the difference between the two plants as they look alike. Only expert testing can determine whether a substance is a hemp or marijuana plant. This is why most sellers of such products advertise the product along with Certificates of Analyses (COAs) as evidence that the THC content is within the limit.

CBD is a non-psychoactive compound found in cannabis plants. Many manufacturers sell varieties of hemp-derived CBD products to customers who need some of its much professed medical benefits without breaking the law.

House Bill 1325, which Governor Abbott signed into law in 2019 to legalize hemp, has led to a lot of confusion regarding the prosecution of marijuana offenses. Some argue that the law decriminalizes marijuana, while others have pointed out the difficulty of distinguishing hemp from marijuana.

Since hemp is not easily distinguishable from marijuana, testing which was not formerly required becomes a must. Cities must spend more money and time on lab testing to determine if the cannabis plant in a person’s possession is marijuana or hemp.

With marijuana arrests dealing with only a small quantity of the plant, this process could become very hectic and unsustainable. For this reason, several cities have decriminalized marijuana use and possession to some extent, largely depending on the quantity in question.

Furthermore, available and affordable testing methods cannot pinpoint a product’s exact amount of THC. It is difficult to ascertain if the cannabis in a person’s possession contains less than 0.3% of THC.

This could lead to people being imprisoned wrongfully even where they are compliant with the hemp provision, as was the case of a Texan named Aneudy Gonzalez, who was jailed for over a month for possessing over 3,000 pounds of marijuana. He was eventually released after lab tests revealed it was actually legal hemp.

Possessing just 2 ounces of marijuana is a Class B misdemeanor punishable by up to 6 months of jail time and a $2,000 fine. Mistaken marijuana possession prosecution by law enforcement agencies could be very dangerous. In high-level cases, such as the above-mentioned case, residents could suffer wrongful felony penalties like life imprisonment.

As a result of the issues involved with legalizing hemp, the prosecution of marijuana offenses in the state of Texas allegedly fell drastically, with state prosecutors withdrawing several small-scale charges.

Decriminalization Of Marijuana In Texas

Only medical cannabis is legal in Texas to an extent. However, some cities within Texas have made laws that decriminalize certain weed offenses, although they do not legalize them.However, you can look for online purchase means you can buy weed online legally as many reputed vendors are selling such substances online nowadays.

The popular form of decriminalization is reducing the punishment for possessing or dealing with smaller amounts of weed. Counties such as Bexar County, Dallas, El Paso, Hays County, Nueces County, Travis and Williamson Counties, Houston, and Austin have decriminalized marijuana use and possession to some extent.

Prosecuting marijuana offenses costs the state a lot of money. Hence, decriminalization has the end goal of saving money, among other things. The Austin city council passed a resolution in 2020 that prevents the use of city funds to prosecute any marijuana case that is not a felony. The definition of felony weed offenses is classified in Chapter 481 of the Texas Controlled Substances Act.

In other counties, illegal possession of quantities below 2 to 4 ounces of weed may be subject to a summons and release. This is as opposed to jail time if considered a felony, as the Act provides. In some cases, one may also be required to take mandatory drug education classes and pay a fine. This is to reduce mass incarceration over minor offenses.

The result of the local decriminalization of weed in some Texas cities is varying levels of enforcement throughout the state. A person’s freedom to possess marijuana will differ depending on what part of Texas they live in. 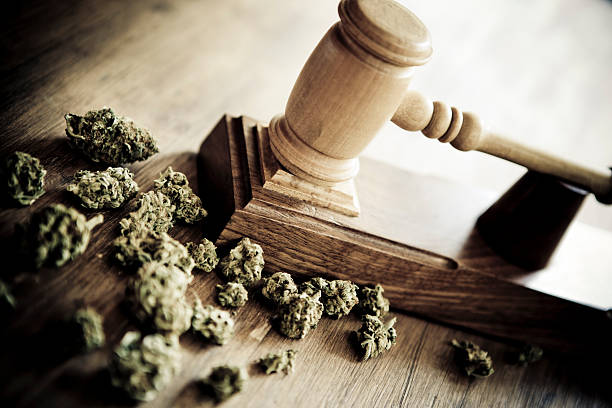 Is Texas Looking To Legalize Marijuana?

Considering the history of Texas with marijuana, getting Texas marijuana laws to permit recreational marijuana will likely be an uphill battle. However, a poll by the University of Texas reveals that an overwhelming majority of registered voters support weed legalization in one form or the other.Plus, you can even find some of the trending songs about weed.

Another CBD oracle poll indicates that only about 8% of Texans think the state should not legalize marijuana in any capacity. This is a vast departure from an earlier highly conservative state with strong opposition to the use of marijuana.

However, while resident opinion is changing, virtually all bills attempting to change existing marijuana laws get quashed. Senate Bill 90, which had the promising prospects of allowing the cultivation and distribution of medical marijuana for people with ‘debilitating medical conditions,’ failed to scale through the legislature.

Also, House Bill 63 attempted to prevent the arrest of people found with an ounce or less of marijuana. The Bill attempted to change the offense to a Class C misdemeanor punishable by a $500 fine. It passed the House of Representatives but died in the Senate.

Therefore, it is hard to envision recreational marijuana legalization in the near future in Texas. However, decriminalization has begun at the county level and seems a more realistic near-future goal.

In summary, recreational marijuana is illegal in Texas, but medical marijuana is legal, subject to strict regulations. This makes Texas, not an ideal location for medical marijuana users due to the restricted availability of the product. However, the extent to which one is free to use marijuana in Texas depends on the county one is in exactly.

This is because, due to local legislation, the laws are less strict in some places. The best thing to do would be to find out the exact laws of the state and county you are living in or traveling to. You can find more information about this on the Texas state law library website.

If you are facing charges of marijuana crimes, you might also want to consult a lawyer. They can help you better understand your situation and Texas marijuana laws. You might also be able to plead your sentence down.

12 Best Easy Vape Tricks That Will Impress Everyone

Edibles Not Working After 3 Hours?Here’s Why?