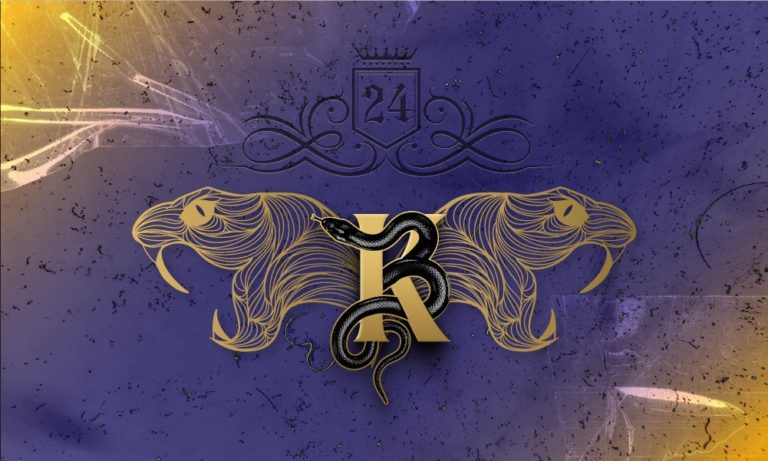 The buzz around the Kobe Bryant KB24 NFT intensified last night after NBA legend Kenny Smith joined the official Discord server of the project. Around 3:37 AM EST, Smith tweeted:

Love what these guys are doing for the MAMBA ? Meet me in the discord! https://t.co/UWajQiKlb6

Almost immediately, the Discord server began going in a frenzy. Smith joined the server at around 3:42 AM and stayed until 4:14 AM, giving basketball fans a chance to chat with the NBA legend himself. Additional NBA stars who supported the project include Dwight Howard and Nerlens Noel:

One of my favorite community based NFT projects to date! #MambaForever https://t.co/8boMh04hyo

As of today, the KB24 Discord server has over 11,000 members and is growing daily.

Kobe Bryant will always be a legend, as acknowledged by his teammates, opponents, and fans. With his skills on the court, talent across several fields, and the eventual creation of his charity, Kobe has certainly made his mark on the world. With NFTs, this is an opportunity to immortalize his legacy.

The KB24 NFT Collection, which the managers, Andy Treys and Sako Waves, plan to launch on October 8th, 2021 will host 10,000 editions of the NFT.

These NFTs will showcase some of the most significant moments in Kobe’s career at the Lakers, and each NFT will cost about 0.08 ETH (about $260). The goal of this event is to immortalize the legend that is Kobe Bryant through NFTs and raise funds for his charity “Mamba & Mambacita Sports Foundation.”

The best part of this auction is that whenever a Kobe NFT sells or resells, the foundation receives a donation from the sale. This event is a phenomenal idea that gives this charity a stable funding source.

The managers are giving opportunities to be a part of the presales via daily contests on their Discord channel, which will be a gateway to announcements, prizes, and updates about the event.

Purchasing Kobe’s NFT makes you the sole owner of a piece of Kobe’s legacy, and you will get a chance to be part of his history. By acquiring his NFT, you have a token like no other, which gives you a bragging right that most do not get. Not to mention, the value of these collectibles will increase over time, too.

Whenever you hear the name Kobe Bryant, your mind probably ends up on basketball, and who could blame you? At this point, the two are synonymous. Kobe Bryant is a household name and one of the best things to happen to basketball. He has always been known for his jump shot and offensive play, and he dedicated 20 years to the Los Angeles Lakers and led them to five NBA championships.

When he was not on the court, Kobe dominated his opponents and spent time with his wife and four daughters. Additionally, he did charity work with the Bryant Foundation and its partners. Kobe was involved in everything, from rapping to creating animated films and writing fantasy books.

Accolades were one thing Kobe did not lack. Aside from being celebrated every 24th of August, a day known as “Kobe Bryant Day,” he was awarded MVP awards, NBA championships, Olympic medals, and a place in the Naismith Memorial Basketball Hall of Fame. He was even awarded an Oscar for his short film “Dear Basketball.”

The world lost Kobe and his daughter in January 2021. But, despite his untimely demise, Kobe’s legacy will forever live on in the hearts of the basketball community and fans worldwide.

A non-fungible token is any piece of data found on the blockchain that cannot be exchanged for anything similar, as it is unique in its own right. NFTs can be anything digital, such as music, art, gifs, and videos.

You can view, download, and utilize most digital items on the internet for free. However, with an NFT, a certificate of authenticity and ownership goes with the original item and makes them extremely valuable.

You see the term “blockchain,” and you think, “great, here we go again.” We understand that anything related to the blockchain tends to give one a headache. So, to simplify things as much as possible, NFTs exist under the Ethereum blockchain. This blockchain supports the cryptocurrency and NFTs by storing extra information that differentiates them from ETH coins.

NFT is taking the world by storm, but who is surprised? Nowadays, you can find a GIF worth thousands of dollars or a meme worth millions. For example, a single JPEG by Beeple sold for over $69 million. Earlier this year, the co-founder of Twitter, Jack Dorsey, sold his tweet, the first tweet ever made on the platform, for nearly $3 million.

One of the most prominent uses of NFTs is the purchase of sports memorabilia, and the world of basketball is no exception. We see buyers on the platform and NBA Top Shots purchase highlights of players dunking. This market has been able to amass a total of about $338 million in just one year.

In a world filled with constant technological advancements, it comes as no surprise that NFTs are getting so much traction. Things are just beginning to heat up in the world of NFTs, and the potential is infinite.

Pros of Investing in NFTs

Investing in NFT is something worth considering when you realize all of the advantages that come with it. For one, buying an NFT makes you the sole owner of it, and there is proof of that. As advanced as civilization is, keeping records of authenticity and the chain of ownership is sometimes hard to achieve.

However, with NFTs, you do not have to worry about that, as it all exists on the blockchain, a platform that makes it nearly impossible to manipulate metadata. This means no one can steal or delete your asset, and you will always be the original owner unless you decide to sell it.

Also, NFTs are one-of-a-kind and cannot be replicated or duplicated. Possessing one makes you the sole owner of an item that cannot be found anywhere else. It gives you ownership of something unique, which is a feeling one cannot easily achieve.

Now, here comes the best part — owning an NFT for an extended period can lead to an increase in value. The value of whatever NFT you purchase can grow to greater heights. In 2017, CryptoPunk #3100 sold for $2,127. Fast forward to March 2021, and that same piece of art sold for over $7.5 million. So, imagine the possibilities when you own one.

Conclusively, NFTs have come to stay and will only continue to dominate the digital world. These assets give people a shot at exclusivity, financial gains, and security, all from the comfort of a screen. The cherry on top of the proverbial digital cake is the fact that you get to fulfill your dream as a Kobe Bryant fan by being able to become a part of his history forever, while also empowering a foundation he believed in.