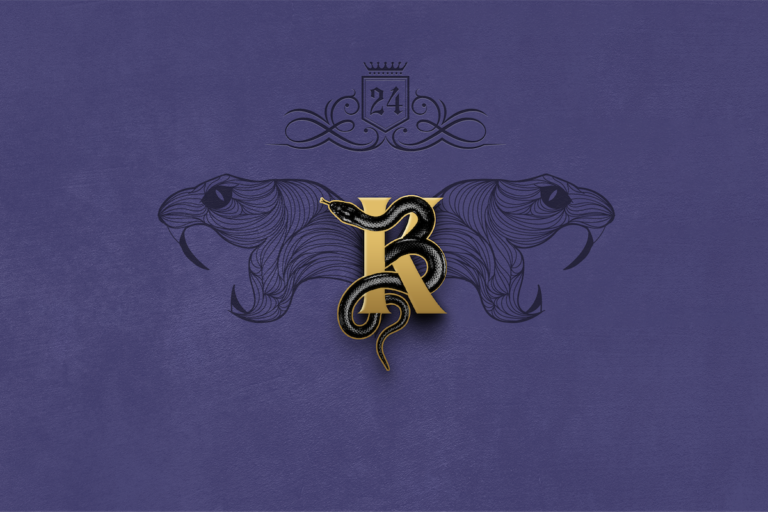 Fans were shocked and excited when the KB24 NFT was officially announced last Friday, storming the site and generating record breaking reservation requests. What caused the chaos? Kobe Bryant fans immediately noticed that the KB24 NFT project not only promised to donate all of their proceeds to the Mamba & Mambacita Sports Foundation, but was also being hosted on the very same domain name that Bryant himself had used to communicate with his fan base.

Bryant first launched KB24.com as his official website in 2006 and used it to share updates, personal thoughts and commentary, and offer exclusive merchandise not available anywhere else. Many fans recall the KB24 forum that brought them together where they were able to share their thoughts after the Laker games, while KB24.com also served as the official portal on which eager young fans could sign up to attend Bryant’s official summer camp, the Kobe Basketball Academy.

However, the domain was long gone before the infamous helicopter crash last year that took the lives of Bryant and his 13-year old daughter Gianna. In 2017, KB24 had been purchased in an expired domain auction to new owners, who used the domain’s fame and power to lure visitors to malicious websites.

The KB24 NFT is on track to instantly sell out of the KB24 NFT within seconds of launching, raising nearly $3 million for the Mamba & Mambacita Sports Foundation. The KB24 team believes the secondary market sales for the KB24 NFT are going to boom and raise record breaking numbers for the foundation, reaching an estimated $50 million in residual revenue over a short amount of time. The KB24 NFT announced they will be releasing a sneak peak of the KB24 NFT on Friday.

Thanks to a recently published LA Weekly article, we now have more information on some of the team members behind the KB24 NFT, who took the responsibility in restoring the historical domain’s integrity. The KB24 NFT formed from a duo of Kobe fans and serial entrepreneurs Andy Treys and Sako Waves, who were able to acquire the domain only months ago in a secondary domain market. While the duo, who initially wanted to remain private to not shed light away from the project itself, shared via their Discord that their purchase of KB24.com was not cheap, but they purchased it “without hesitation” in the hopes of “restoring the integrity of Kobe’s official website”, their official Discord server also makes it clear that an NFT release was never the plan.

“We grew up on the site,” Andy explained, adding that “we wanted to keep it forever, just like a signed Kobe jersey or basketball, but in this case there is only one KB24.com.”

As the project evolved into a charitable fundraiser and grew into the platform for one of the most significant NFT drops to date, Sako says he hopes that their project “can serve as an example for what’s possible when traditional non-profit and charitable organization spaces are disrupted, and instead one-time events make a perpetual impact”.

Andy and Sako are viral marketing gurus who creatively disrupt market spaces. After seeking advice from their mentors, the duo dropped everything they were working on in Los Angeles and moved their team to fully focus on launching The KB24 NFT. Abandoning all pending projects, they knew they needed more help, reaching out to their business partners David Bullock, Omkar Ganesan, Roman Royale, Vatche Ourishian, and Erin Zadoorian to create a superteam of unlimited resources.

According to the LA Weekly article, the team temporarily moved to an incubator in San Diego, and immediately went full force to bring the KB24 NFT project to life. The group reached out to multiple high profile relationships, ranging from celebrities to high level individuals at Fortune 500 companies in an effort to secure marketing and consulting efforts. The KB24 team grew their team by adding Tory Waligroski and Elijah Steen to lead the development and design of the NFT.

“We have so many people on board helping us bring the KB24 NFT project to fruition, and everyone is happy donating their time and resources without asking for anything in return,” says Andy, “It really shows how much impact Kobe Bryant had on everyone’s lives. We’re excited to share more information on everyone else helping with the project as we get closer to launching”

The newly formed KB24 Team worked relentlessly to bring the KB24 NFT to life with one goal in mind – create as much buzz as possible to help the NFT reach its full potential. The hype will benefit the Mamba and Mambacita foundation as all residual fees on The KB24 NFT will be donated, meaning that if a fan ever sells their art, all of the fees of the sale price will automatically be donated to the foundation as well. With recent NFT projects generating $50m in secondary market fees, the KB24 NFT can be a generation worth of donations for the foundation.

“The digital NFT art market has exploded in the last year as crypto investors look to enter the space,” Co-founder Sako said. “The possibilities are endless and we want to utilize that momentum to help fund non profit organizations working with communities to foster their love for basketball and sports in general.”

The KB24 website designed by their digital marketing agency’s head designer, Marina Petre, “embodies a modern style emblazoned with Black Mamba images, and features a mysterious countdown that lets fans know when they can expect the next announcement.” Those fans who signed up for presale, are anxiously awaiting and counting down the seconds until the next announcement.

Last week, as thousands of fans rushed to request reservations, presale codes were sent out to those who were lucky enough to reserve before Sept. 13, 2021.

“The amount of fans rushing to sign up has been overwhelming and exciting at the same time” says KB24’s Head Community Manager, Elden Mirz “We want to thank all the fans who took on new roles and assisted us with the KB24 NFT”

The KB24 NFT team is offering fans even more opportunities to get in the presale via contests announced daily on their Discord as the countdown expires.

The team behind the KB24 NFT can lead the way for what’s possible as we move to the digital world, disrupting the traditional non-profit and charitable organizations and instead one-time events becoming a perpetual impact.