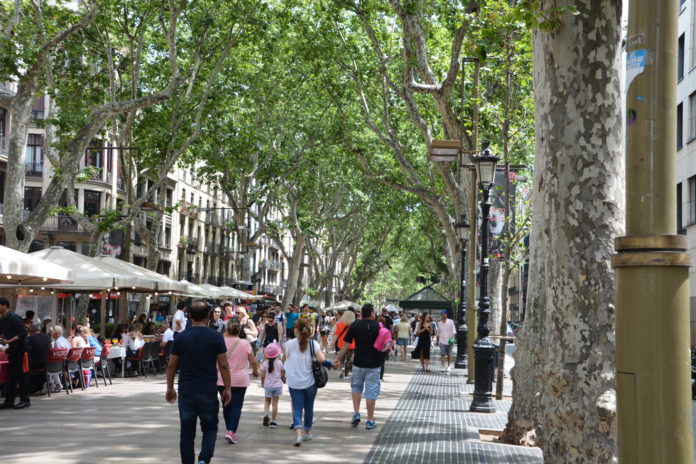 I accepted a call this week from a radio show producing a show “Unhappy America.”

They wanted a psychoanalyst to discuss the cause of America’s growing malaise. I told him this subject couldn’t be more relevant.

America is now all too familiar with news of school shootings, mass shootings, the opioid epidemic, obesity statistics, celebrity suicides and stress-related psychosomatic disorders. There is a growing despair and rage in America.

Despite our apparent wealth there is much unrest just under the surface. These are the best of times, these are the worst of times.
The causes of America’s growing unhappiness come from many places. All cultural illnesses are multi-determined. Here is the most obvious list of reasons we are seeing more unhappiness and unease:
1) The ever-widening chasm between the haves and the have nots: The data is clear that there is a growing divide between the 1 percenters and the middle classes.

There was a chilling essay by Matthew Stewart in The Atlantic which outlined this divide and demonstrated that the real walls that are being built are by the upper class who has devised a number of ways to keep out all but the chosen few.

Devices such as very expensive college counseling services which help one obtain entrance into Ivy League colleges is one method.

Gilded zip codes and country club memberships are another way to establish class barriers. Stewart believes we are witnessing the birth of a new aristocracy in America that’s every bit as rigid as the exclusionary and privilege as the social class at the palace of Versailles with aristocratic codes just as subtle and just as impenetrable.

The result of all this social class stratification is that there is now an upper 10 percent which includes lawyers, bankers, CEO’s, financial advisors and accountants and doctors.

The remaining 90 percent of Americans are now considered the have not’s.

That is why Trump was elected and why the famous quote for the film Network was so prescient. “We’re mad as hell and we’re not going to take it anymore.”

This gap has produced a growing rage in America that no one is addressing.
2. Anomie: The formation of our new aristocracy is by no means the only reason for America’s growing sense of unhappiness.

Thanks in part to poor urban planning and in part to the power of technology we no longer have any connection with neighbors or neighborhoods. We spent our time either at home in front of the TV, in the car or at work.

Our sense of community has evaporated. Durkheim predicted this way back in 1900 but things have only gotten much worse since then.

Our lack of human and neighborly connection has contributed to American malaise, lack of moral control, increase suicide rates, drug addiction and an epidemic of psychosomatic disorders.
3. Speed kills: I think that our constant exposure to automobiles has speeded us up in such a way that we all feel stress and anger as a result. My contention is that every human being becomes an angry cyborg when they are behind the wheel.
4. Shame, shame and more shame: John Berger’s classic essay “Ways of seeing” was written in 1972 and predicted that we would all begin to feel every increasing shame and anger thanks to the constant exposure to media images which remind us that in fact we are not Tiger Woods, Brad Pitt or Angelina Jolie.

Shame produces envy and rage which most of us repress but the more fragile among us express with violence.
5.  Political solutions are no longer possible: Post-modern theory has suggested that the virtual flood of information we are fed on a daily basis it is no longer possible to have effective political discourse.

Rational arguments are swallowed up with noise and more information and the result is that politics falls into a state of inertia. I think the result of this is not only the absurd political state America is in but also that it produces these weekly explosions of terror and violence that may be the cultures only way of expressing itself.

These are merely the five most obvious reasons for America’s malaise. And time will tell if something or someone can solve this sad state of affairs.

I certainly wish I had a magic wand or a crystal ball to find an answer. But alas I am no Harry Potter and I am not the Wizard of Oz.

My guess is it will take some very special magic to get us out of the fix we are in. And until that happens let us all brace ourselves for the next dreadful headline which I’m certain is just around the corner.