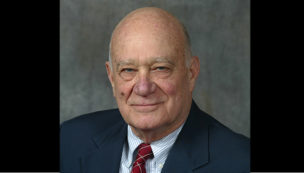 Millennials (born between 1981 and 1996) nearly doubled their voting turnout in 2018 over their 2014 participation. By overwhelming margins they contributed to a major victory for Democrats controlling the House of Representatives.
Now the next youth cohort (born 1997 onward) is coming of age for involvement in the 2020 election. The Pew Research Center, which examines youth cohorts, presents striking data for this younger group. Their eldest members are likely to have recently graduated from college while most will still be undergraduates, in high school, or in jobs. Is Gen Z likely to turn against Donald Trump the way millennials did? How will they respond to the view of George Will, a lifetime conservative, who argues that Trump has already done more lasting damage to American society than President Nixon did with Watergate?
One way for North Shore folks to learn more is to be alert for the date when George Will comes to speak this fall at Temple Emanuel in Great Neck.
As a member of the Hofstra Center for Civic Engagement, I am recommending that one of our 2019-2020 projects be to assist high school and college students in a quest for reliable knowledge about American politics and society.
Our university, like all centers for higher education, has an obligation to be nonpartisan in ways to foster the seeking of reliable knowledge so citizens of all ages can make evidence-based informed judgments.
We are eager to assist people of all political persuasions to weigh carefully policies and data to be engaged in light of their own deepest values. We also seek to help folks be aware of reasons why others differ and to explore civil ways to find common ground, compromises and trade-offs.
None of this is easy for adults, so we know the rising Z Generation will be challenged to move in more constructive directions than our present, extremely partisan society.
A hopeful sign of changing circumstances is that Time magazine recently used its cover to feature “Next Generation Leaders.” In addition to the cover photo of “The Teenager on Strike for the Planet,” there was a feature on “9 More Trailblazers Shaping Our World.”
The fact that Time’s focus was on global youth offers a prospect of greater impact as Gen Z in the United States chooses engagement.
Engagement for what purposes A past youth group adopted the label: “It’s Our World Too.” Indeed! Will Gen Z youth put in the time and effort to study issues that need attention? Will their cohort become engaged activists to promote changes, politically and through organizations?
Hofstra’s Center for Civic Engagement can work with high school teachers and campus scholars to sponsor conferences to expand issue awareness and knowledge. The goal is not to impose an agenda on youth, but to invite their concerns and goals while offering a range of topics for their consideration.
If this deliberative learning process is effective, a valuable next step would be to assist Gen Z youth in ways to have their views heard and considered seriously. A beginning point is to work with high school and college newspapers, and Long Island weeklies, to assist student leaders with an “Op-ed Project: Write to Change the World.”
We know that Gen Z, unlike their millennial forerunners, are coming of age with the most extensive array of technological and social media options in history. Indeed, they are likely to go “mobile” in many ways, but the skills of “Op-ed” advocacy can be applied in several ways.
It remains to be seen how North Shore and Long island Gen Z youth will choose their priorities. If they share views of other youth, climate change and the environment will be highly important.
Pew Research Center reports that 70 percent of Gen Z says “government should do more to solve problems (while only 39 percent of the Silent Generation, born 1928-1945, holds that view). According to Pew 62 percent of Gen Z says “increasing racial/ethnic diversity is good for society” (only 42 percent of Silent Gen hold that view).
Gen Z is our most diverse cohort group ever with 48 percent who are racial or ethnic minorities (while the large Boomer cohort of 1946-1964 had only 18 percent).
Perhaps a harbinger of protest and reform, Gen Z at 30 percent has the largest group saying “there are other countries better than the U.S.” (Silent Gen has 5 percent with that view).
Two other Pew surveys may indicate future directions for Gen Z: 1) more are going to college (59 percent compared with 53 percent of Millennials), and 2) Gen Z youth are “more likely than Millennials to live with a college-educated parent” than were Millennials (43 percent to 32).