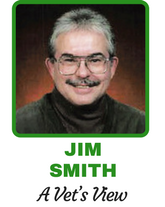 John B. Fiore, the chaplain of Henderson-Marino VFW Post 1819, read “Daddy’s Poem” near the end of the 25-minute Veterans Day memorial service on Nov. 11 at the Port Washington Bandshell. It describes a little girl’s tribute to her father, who was killed by a roadside bomb. Fiore dedicated it to three Schreiber High School students he had met that morning: sophomores Andrew Athanasian and Harry Hoffman, and junior Louis Blakeman.

Athanasian and Hoffman are co-presidents of the 36-student American Heroes Club at Schreiber; Blakeman is a member. The club is raising funds for donations to organizations that aid indigent veterans.

“I felt apathy toward veterans was too high and needs to change,” Hoffman said. “It wasn’t acceptable.”

Fiore and incoming VFW post commander Andrew Tollefsen told the crowd of more than 100 that talking to the boys restored their faith in the current generation. Blakeman is selling Land of the Free bracelets for $3. The boys plan to sell American flag pins and seek donations at their school and in the community to support groups such as AMVETS, the Wounded Warrior Project and the USO. The club also plans to send holiday cards and letters to Navy SEALs around the world.

About 50 veterans sat onstage at the ceremony that began with the striking of a bell 11 times to commemorate the 1918 end of World War I at 11 a.m. on Nov. 11. They were represented by Tollefsen and outgoing VFW post commander John Chalker, and American Legion Post 509 commander Arthur George and members Larry Tuck, Dominick Giordano and Arthur Wade. Rev. David Collins of the United Methodist Church gave the invocation and benediction. Rich Jacques sang “The Star-Spangled Banner” and “God Bless America.” Chalker recited “In Flanders Fields.”

Before the ceremony, Fiore, 68, of Glen Cove, discussed a program he is involved with that has provided burials services for about 20 indigent veterans at Calverton National Cemetery. At 14, he said, there was nobody present to collect the folded American flags relatives are given, so Fiore took them home. He hopes to display them at a VFW or Legion post. The burial program is financed by the nonprofit Dignity Memorial, a national network of funeral, cremation and cemetery service providers. The Queens County American Legion participates in services for Queens residents.

When asked why he is involved, Fiore, a Spec. 4 with the First Cavalry Division in 1969 in Vietnam, said, “I have a great passion for veterans. I can’t help but wonder what happened to them. Somebody has to speak for these guys.”

Homeless people who die in New York City with no next of kin usually are buried in a potter’s field on Hart Island off the Bronx. But veterans are eligible for burial in a military cemetery if they have been honorably discharged.

“The last guy I buried in October was in the morgue since April,” said Fiore, who is head chaplain for the American Legion posts in Queens. He said the reason for the delay was that the body could not immediately be identified.

Bodies of indigent veterans are sent from the NYC Medical Examiner’s Office to the George Werst Funeral Home in Glendale, where they are prepared for burial and delivered to Calverton. Fiore said veterans on motorcycles from the Patriot Guard escort the hearse from exit 52 on the Long Island Expressway to the gravesite, and line the road to the gravesite with American flags.

“At the gravesite,” he said, “we all file in and ‘Taps’ is played. The flag is folded and presented. I do a reading called ‘Bury Me With Soldiers.’ It’s very moving. I think about how this could happen to this guy. Was there nobody he could call? There are people out there that want to help. This is what I reflect on. As long as I am alive, I’ll continue to do this.”