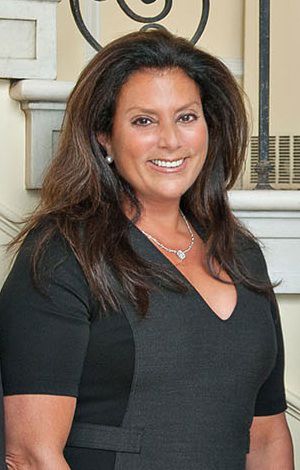 The Great Neck Board of Education president, Barbara Berkowitz, announced Monday that school board Trustee Monique Bloom had notified the board that she was resigning effective Tuesday.
Berkowitz said at Monday’s school board meeting that Bloom was an important member of the board and played a pivotal role in hiring  Superintendent Teresa Prendergast last year.
“Monique has been an extremely valuable member of our board, both strong and wise, and was a vital part in the huge undertaking in the beginning of 2015 to select a new superintendent,” she said. “Personally, I can tell you that she will definitely be sorely missed.”
Bloom, who was re-elected to her seat in May, won her first full term on the board in March 2013 after being appointed in June 2012 to replace board Vice President Fran Langsner, who moved outside the school district.
She submitted a letter of resignation to the board, which Berkowitz read at the meeting.
“My corporate travel commitments have become at this point completely overwhelming and do not leave me with enough time to properly execute my responsibilities as a Board of Education member, in my opinion,” Bloom said in the letter. “As I do not foresee this situation’s potential improvement, I feel that I must resign my position so that the community might select someone who has more time flexibility allowing for the completion of the immense amounts of weekly reading and attendance at the many meetings a committed trustee should attend.”
Bloom said in May that she was offered a position at an education consultancy in New York City, where she currently serves as a partner and chief administrative officer.
Berkowitz said to find a replacement, the district will  hold a special election on Dec. 6. The elected trustee will serve to the end of Bloom’s term in May 2019.
Those interested in running for the seat can pick up a petition form at the Office of the District Clerk at the Phipps Administration Building, located at 345 Lakeville Road, which must be submitted by 5 p.m. on Nov. 7.
Board members, Berkowitz said, must be residents in the school district for at least one year before the election.
The election will take place from 7 a.m. to 10 p.m. at the E.M. Baker School and Great Neck South High School.
Berkowitz said that the district will announce the results at 10:30 p.m. on the night of the election.
Also at the meeting, the board announced that the district will put forth a bond referendum for a community  vote to address  capital projects.
“We have been dealing with numerous projects within our five-year facilities needs plan as best we can,” Berkowitz said. “But there are projects looming which cannot be managed this way.”
The district has scheduled a vote for Feb. 14, 2017, on the proposed capital projects, which have not yet been finalized.
Berkowitz said the director of facilities, Alfredo Cavallaro, his assistant, Steve Challis, and the assistant superintendent for business, John Powell, have been working to determine the most necessary capital projects to undertake.
Prendergast said that she has spoken with individual school principals to identify their needs as well.
The board approved on Monday the formation of two new committees, the Citizens Advisory Committee and Financial Advisory Committee, which are intended to discuss capital needs and engage more with the community.
Those interested in serving on the Citizens Advisory Committee must submit their name to the board secretary, Agnes Buckley, by Sept. 30. Those interested in serving on the Financial Advisory Committee must submit their name to Buckley by Oct. 28.
Berkowitz said both committees will be made up of up to three parents of current Great Neck public school students, up to three secondary school students, up to three community members with no students enrolled in Great Neck schools, up to three current staff members and one or two board members.
The superintendent or the superintendent’s designee will be a member of the Citizens Advisory Committee, she said, while Powell will serve on the Financial Advisory Committee.

TLC and En Vogue
Next Article