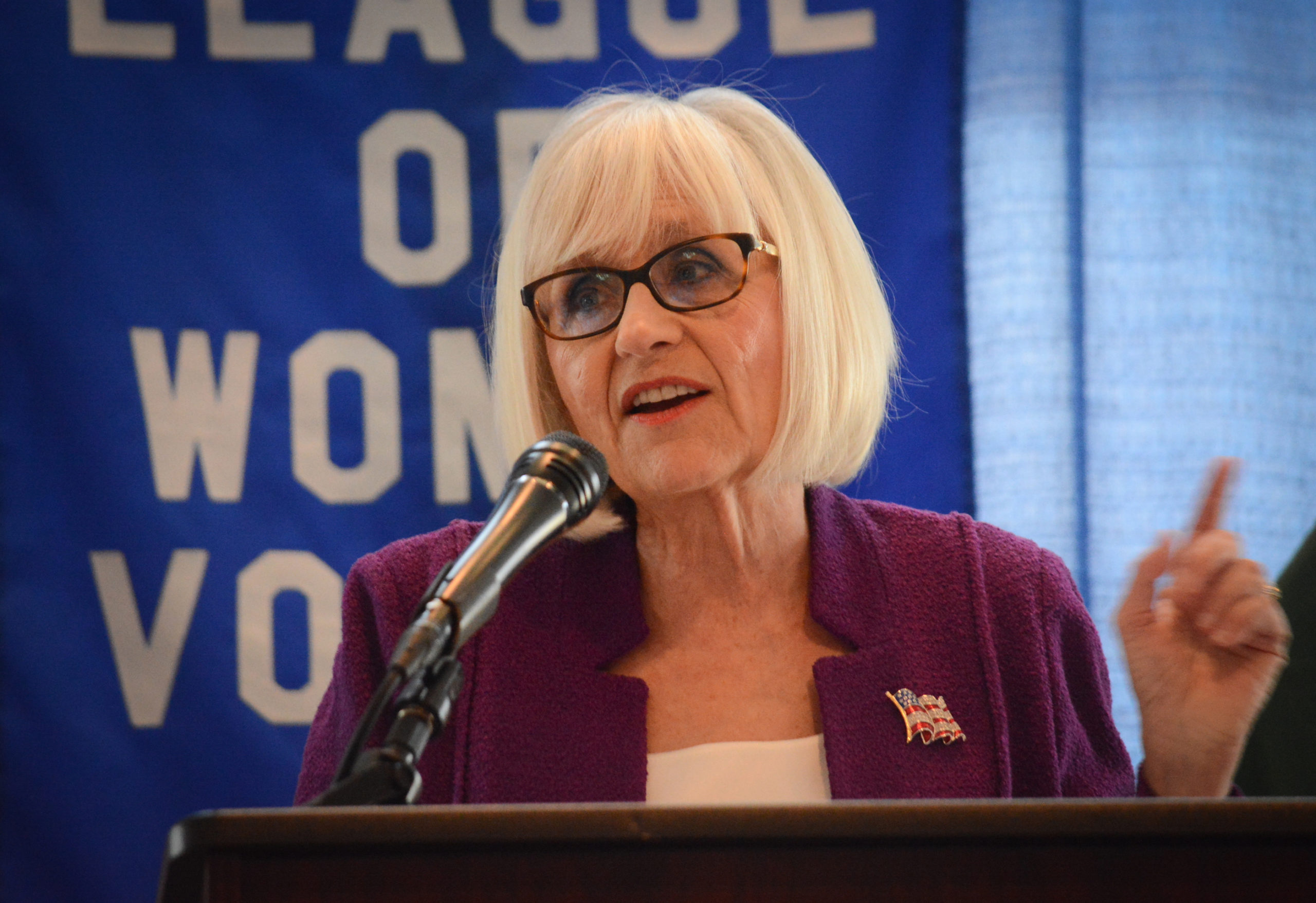 North Hempstead Town Supervisor Judi Bosworth outlined the town's 2018 accomplishments and plans for 2019 in the State of the Town address on Friday afternoon. (Photo by Janelle Clausen)

North Hempstead Town Supervisor Judi Bosworth touted the town’s fiscal health and several initiatives that will continue into 2019 at the State of the Town address in Port Washington on Friday, ranging from a cultural master plan and expanding veterans healthcare to transforming North Hempstead Beach Park.

Bosworth said the town has retained its AAA bond rating from Moody’s, decreased the debt by $31.4 million since 2014, and passed budgets within the state tax cap – all while expanding services and embracing new initiatives.

Describing it as “transformative,” Bosworth said the plan calls for sports courts, a sledding hill, a year-round restaurant and outdoor café, fields, and a seasonal ice-skating rink – to name a few things.

“To move this project we will retain an engineering firm to undertake the detailed design work, as well as create a resiliency plan that addresses future climate change and sea level rise,” Bosworth said.

Bosworth said this followed several public meetings and work from the Visioning Committee in 2018.

“Now, instead of having to travel for hours to the Northport VA hospital, our veterans are served right here in their own backyard,” Bosworth said. “This mobile unit is a temporary measure until we get a permanent community-based outpatient clinic.”

Bosworth touched on a number of laws introduced in 2018, like plans to simplify the building code, prevent recently paved roads from being ripped open by utility companies, and regulate leaf blowers with the help of an advisory committee.

The latter will be taken up at their Jan. 29 board meeting.

“I believe that in the end, we have succeeded in writing a law that benefits our environment and our residents without overburdening the landscapers who depend on this business for their livelihood,” Bosworth said.

She also defended recently passed legislation to bar recreational marijuana sales regulate where and how medical marijuana dispensaries could operate, describing it as a means to prevent such facilities from clustering in North Hempstead.

Bosworth said that in 2019, the town will work to capture runoff water from the Harbor Links Golf Course and capped landfills behind the Solid Waste Management Authority’s facility, funnel it into retention ponds, and use it to irrigate the golf course.

This could lead to 35 million to 75 million gallons of water being saved, she said.

Bosworth also promised to fight against the opening of Jamaica wells, which could draw tens of millions of gallons of water from aquifers, and monitor a U.S. Army Corps of Engineers study that could lead to the creation of floodgates at the Throgs Neck Bridge – and possibly flood Long Island’s coastal communities.

“Up until now the focus has primarily been on New York and New Jersey Harbors and not on Long Island shorelines,” Bosworth said. “As the study is still in the preliminary stages, it’s important for us to be vigilant about the potential impact to our communities.”

Bosworth said the town’s cultural master plan is also underway with the help of a grant and CivicMoxie, a cultural planning team.

“The plan is an opportunity to weave together the cultural, historical and business assets that exist within the Town, and to identify the best ways to use them,” Bosworth said, noting that surveys were being distributed throughout town.

Bosworth said her favorite accomplishment for the town was the opening of Clinton G. Martin Pool, which was only closed for one season and became “state-of-art.”

Also in New Cassel, the North Hempstead Housing Authority has broken ground on 77 units of affordable senior housing in New Cassel, Bosworth said, which was once home to the Grand Street School.

Additionally, Bosworth highlighted the ongoing success of Project Independence in providing free and reduced taxi rides, medical staff and weekly programs for seniors so they can continue living in their homes.

Kids First: Talking about racism with your kids
Next Article 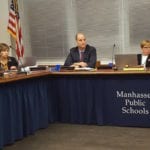