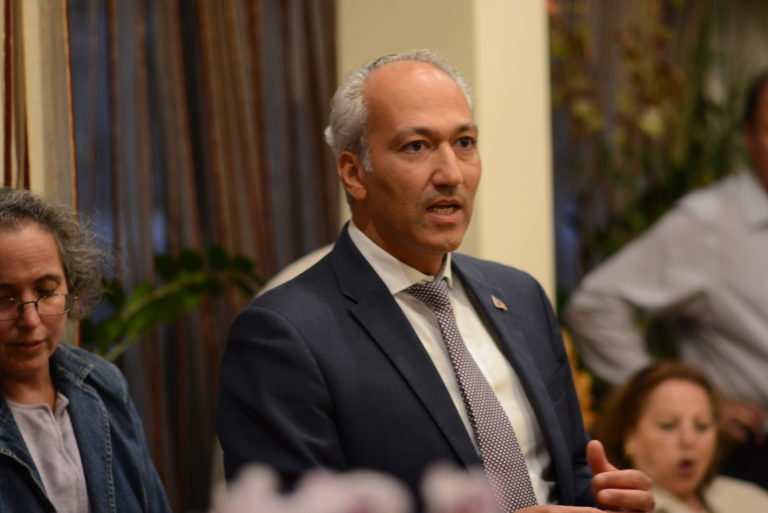 Bral congratulated Pilip, a Republican, during her swearing-in ceremony at the Chabad Great Neck early last month, calling her victory over Democratic incumbent Ellen Birnbaum one that was “long overdue to the conservative values we all celebrate and cherish.” Bral touted Pilip’s efforts to fight on a grassroots platform and for the voters throughout the county’s 10th Legislative District, helping the Republican Party have its voice heard.

“The silent majority has spoken and we are no longer silent,” Bral said.

Curran, a Democratic incumbent who was defeated by a little more than 2,000 votes in November, told Fox News her loss to Bruce Blakeman, a Republican, was a result of the weakness conveyed by the Democratic Party. Curran also said it is important to have a confident leader.

“What we need always, and especially now, is someone who exudes confidence and competence,” Curran said. “Someone who sets a reassuring tone … I think it’s going to be a bloodbath for the Democrats in the midterms.”

Bral agreed with Curran’s prediction, saying the Democrats “have taken it far left” and he hopes the American Dream will stay alive after the midterm elections.

While criticizing those on the “far left” for inserting their ideologies into education, Bral reflected on an instance where he asked an educator to prioritize inclusivity in teachings and provide students with some of the values that conservatives have. Bral said he was told by the educator that a majority of Americans find the conservative values offensive.

“I want to say that here we stand, we say no to [critical race theory], no to divisions,” he said. “Stop making us villainized because of our standing for the conservative values that god has given us. We are standing here to celebrate the family values that we all celebrate.”

Great Neck Board of Education President Rebecca Sassouni said during a Jan. 19 public meeting she does not “appreciate our community being caught in the crosshairs of politicians or our community becoming the fodder for threats of bloodbaths.”

“It feels like there has been a ‘fever pitch’ for quite a few years now and I really pray the fever breaks,” she continued.

Bral touted the need for communities with diverse groups to stand together for the betterment of society.

“We have to stand together. It cannot be one part of the society saying one thing and the other part saying another thing,” he said. “I know for a fact that people who are in this room have the same values. We believe in the same things and we will fight for the same things.”

Pilip, in her speech, said she wants to be a legislator who “works with everyone to get things done” throughout her district, which encompasses Manhasset, Manhasset Hills, North Hills, Searington, Herricks and the nine villages on the Great Neck peninsula.

“I believe that everyone has something to contribute in a meaningful way,” Pilip said. “Government is about helping people. It’s about meeting the challenges we have, positively.”

Upcoming events at the Hillside Public Library
Next Article

Reading at the Bryant Library in Roslyn