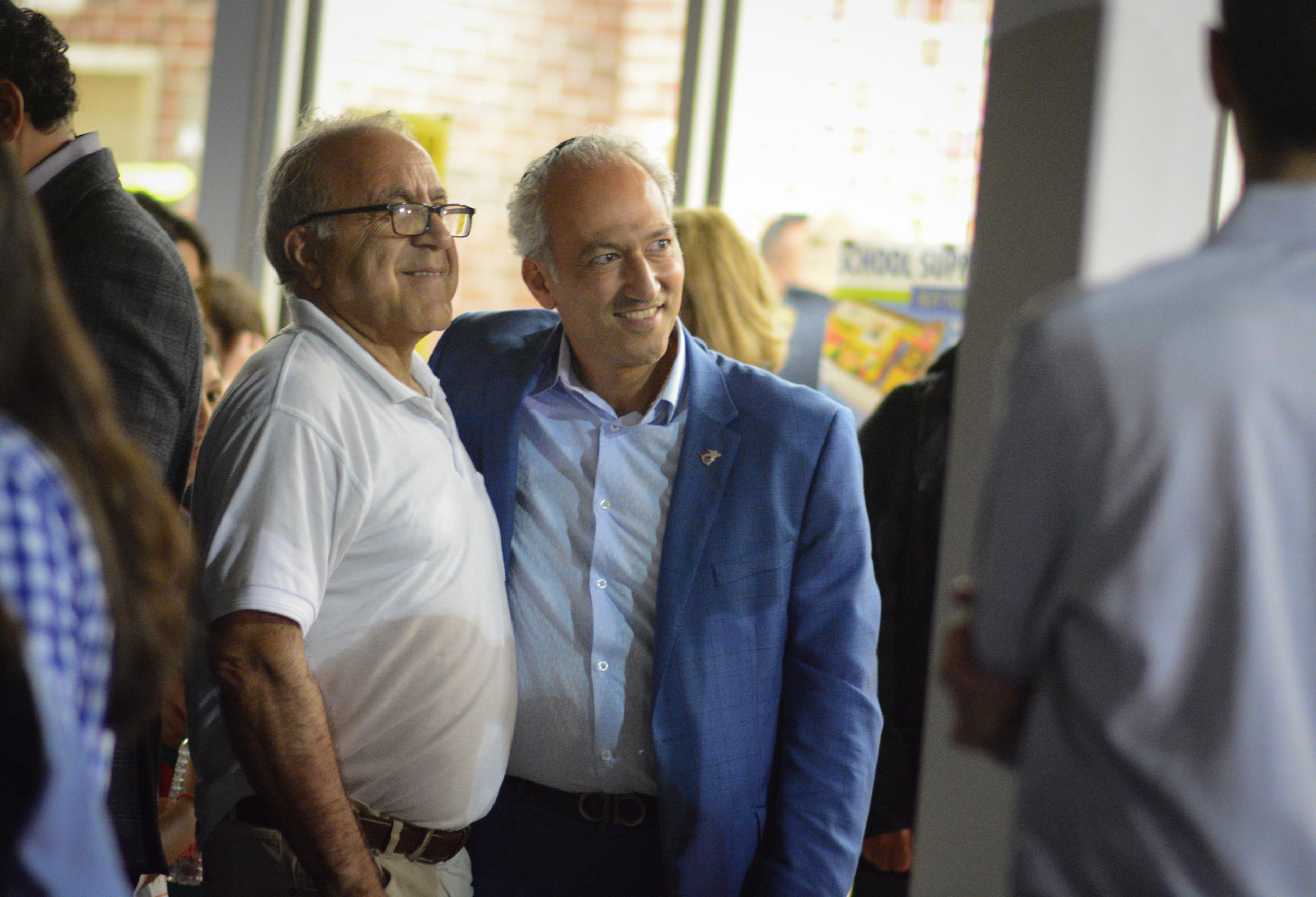 Mayor Pedram Bral, who defeated challenger James Wu in a heated race on Tuesday night, was greeted by an enthusiastic crowd outside the polling place at E.M. Baker Elementary School. (Photo by Janelle Clausen)

Voters overwhelmingly returned Great Neck Village Mayor Pedram Bral and two incumbent trustees to the Board of Trustees on Tuesday night, ending a heated contest brimming with rumors and accusations.

Overall voter participation surged from the contested 2017 mayoral election, which saw about 1,500 people cast ballots versus nearly 2,600 in this election.

Trustees Annie Mendelson, first elected in 2015, secured 1,770 votes and Steven Hope, appointed and then elected in 2017, won 1772 votes. They defeated Harold Citron, a retail analyst, who received 780 votes and Julia Shields, a housing specialist and community activist, who got 783 votes.

At the Board of Trustees meeting following the election, Bral said the strong turnout in their favor was “extremely heartwarming to all of us” and that he hopes the community will come together and heal.

He also said he is looking to sit down with the opposition and “discuss their ideas in order to move forward and make Great Neck better for all of us.”

After the meeting, Bral said he wants to “continue the message of revitalization” during his next term and that the most important thing for the community to “stay united, work together and make Great Neck what we all want [it] to be.”

Wu said that having more than 2,500 people vote in the election was “tremendous in terms of the amount of participation.”

“That says the community is really coming out and trying to have its voices heard,” Wu said. “I think that’s important, it makes our elected officials recognize that people are coming out and they care about the issues and what’s being discussed.”

He also said that the mayor appeared open to further discussions about ideas on how to build a better “harmonious community together.”

The campaign season was short, but sharp, with questions raised over candidates’ qualifications and trustworthiness.

Wu in particular faced heat about his campaign finance violations from a 2009 race in Queen, a swapping of trustee candidates some termed a “bait and switch,” and other issues.

Wu’s campaign had been sparked by fears of “overdevelopment” and disapproval over how the village initially handled attempts to revitalize Middle Neck Road and East Shore Road. He had also argued that there was a need for greater inclusion and more responsiveness from village government.

Bral’s meanwhile campaign sought to focus on his administration’s achievements, such as reigning in a $1.1 million structural deficit, the installation of LED lights, and fixing of roads while holding the line on taxes.

Bral also argued the government has been transparent, being the only village to live stream meetings, and previously said that he has always been against overdevelopment.

The campaign had also featured accusations of unfair play, such as campaign literature appearing in houses of worship, divisive letters, and lawn signs being removed from properties.

The Villages of Lake Success and Kings Point had quieter, uncontested elections for trustee positions. 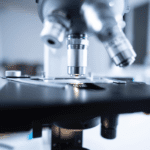 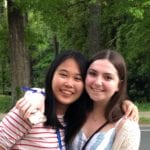