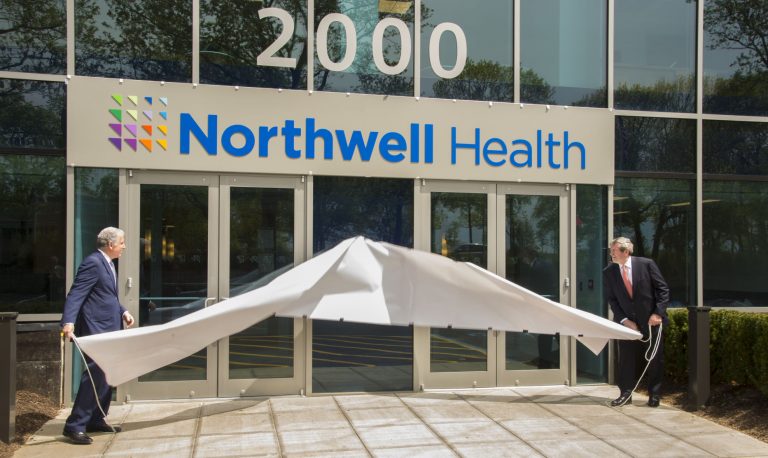 The 100,000-square-foot building houses Northwell’s top executives, the Northwell Health Foundation and seven administrative departments that were formerly based at 145 Community Drive in Great Neck, according to a June 6 news release.

Northwell started an extensive renovation in early 2015 that gutted the building and added 4,000 square feet of conference space and a cafe that has yet to open, Lynam said.

“It’s a big upgrade from our previous space,” he said.

Northwell, the state’s largest private employer, announced plans to move in late 2014, saying it had outgrown its previous offices. Other Northwell staff members will continue to occupy that building, the news release said.

The new headquarters brings employees that used to work in separate buildings under one roof, Lynam said.

“Just having everybody within the same office is much more convenient, much more accessible, builds greater teamwork amongst staff, so it’s a real good setup for us and it enables us to be more efficient and accomplish things in a quicker amount of time,” Lynam said of the marketing and communications department’s new office.

The building, leased from New Hyde Park-based Lalezarian Properties, is about half a mile from Long Island Jewish Medical Center and across the street from the office building at 1111 Marcus Ave., the home of Northwell’s Center for Advanced Medicine that it will eventually own in a $113.7 million deal closed last year.

With additional offices at 1979 Marcus Ave. and 1981 Marcus Ave., Northwell has “thousands” of employees within about half a mile of each other, Lynam said.