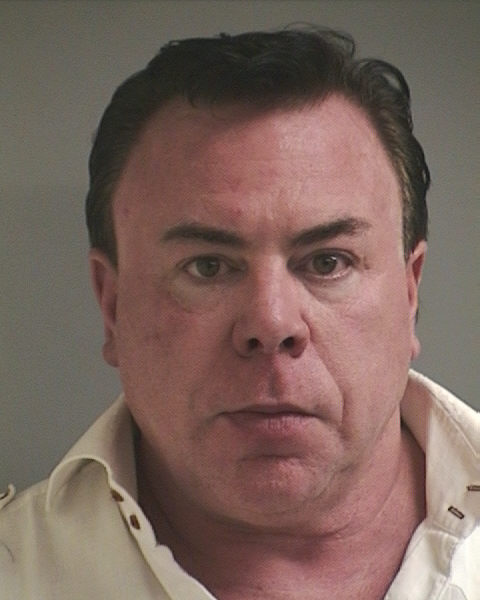 A Sands Point cardiologist was sentenced to five years in prison Tuesday for his role in a murder-for-hire plot against his former business partner, Nassau District Attorney Madeline Singas announced.

Dr. Anthony Moschetto, 56, pleaded guilty in October to charges of first-degree criminal possession of a weapon, criminal sale of a prescription for a controlled substance, third-degree arson and fourth-degree conspiracy.

“Working with our law enforcement partners, we were able to stop a murder plot, shut down an illegal pill distribution scheme and halt the trafficking of illegal assault weapons in our county,” Singas said. “This defendant was once a respected doctor, but he destroyed that legacy with his incredibly dangerous behavior and desire to murder a rival. Our county is much safer with this defendant behind bars.”

According to the DA’s office, prosecutors recommended that Moschetto be sentenced to 12 years in prison, but acting Supreme Court Justice Christopher Quinn imposed a sentence of five years in prison with five years of post-release supervision.

Singas said officials were investigating a high number of Oxycodone prescriptions Moschetto was writing when they discovered a link between the cardiologist and an unsolved arson plot in Great Neck in February 2015.

Following Moschetto’s arrest in April 2015, investigators discovered a cache of more than 100 guns and various knives, swords, axes and a hand grenade in a secret room in his Sands Point home that was controlled by a switch-activated bookshelf.

Singas said some of the weapons found by investigators were illegal, but Moschetto did own some legal weapons.

The investigation began following various drug purchases by undercover Nassau County Police and Drug Enforcement Agency officers that were then linked to Moschetto.

As the deals progressed, the DA’s office said, officers began purchasing weapons, and during a sale on Jan. 22, the seller requested dynamite to blow up a building.

Weeks later, the seller said the dynamite was no longer needed because the building had been set on fire instead.

Moschetto was accused of hiring two men to burn down Heart Diagnostic Imaging at 38 Northern Blvd. in Great Neck on Feb. 25, 2015. The fire damaged but did not destroy the office.

Moschetto once worked at the practice with Dr. Martin Handler, whom he allegedly tried to have killed.

According to the DA’s office, he also gave blank prescriptions and cash as payments to  assault, and then murder, Handler. Moschetto also asked the men to assault Dr. Handler’s  wife if she was present, the office said.

In April, Suffolk County resident James Kalamaras was found not guilty in the arson plot. He was accused of setting fire to the medical office on behalf of Moschetto.

James Chmela and Nicholas Baialardo, the two other men accused in the medical office arson, testified in court in April that they assisted Kalamaras in setting fire to Handler’s office under the direction of Moschetto.

Chmela said in court in April he was “too scared” to light the fire himself and instead served as the getaway driver, according to Newsday.

He also said he picked up Kalamaras at a Port Jefferson homeless shelter on Feb. 25, 2015, and they then went to the Great Neck medical office to set fire to the building.

Bailardo said he recruited Kalamaras to set the fire, filled bottles with gasoline and bought a lighter to set fire to Handler’s office at Moschetto’s request, according to Newsday.

Singas said Moschetto and Handler “had a business dispute, a professional dispute that ultimately caused him to want to hurt him.”

According to the DA’s office, Moschetto admitted in court to providing money for arson and assault, specifying how and where the assault should take place, detailing information on the intended victim’s whereabouts and possessing more than 10 illegal weapons.

Moschetto’s medical license and “DEA-prescribing privileges” were suspended as a result of his sentencing, the DA’s office said.

Home sales in Nassau up 9.8 percent
Next Article