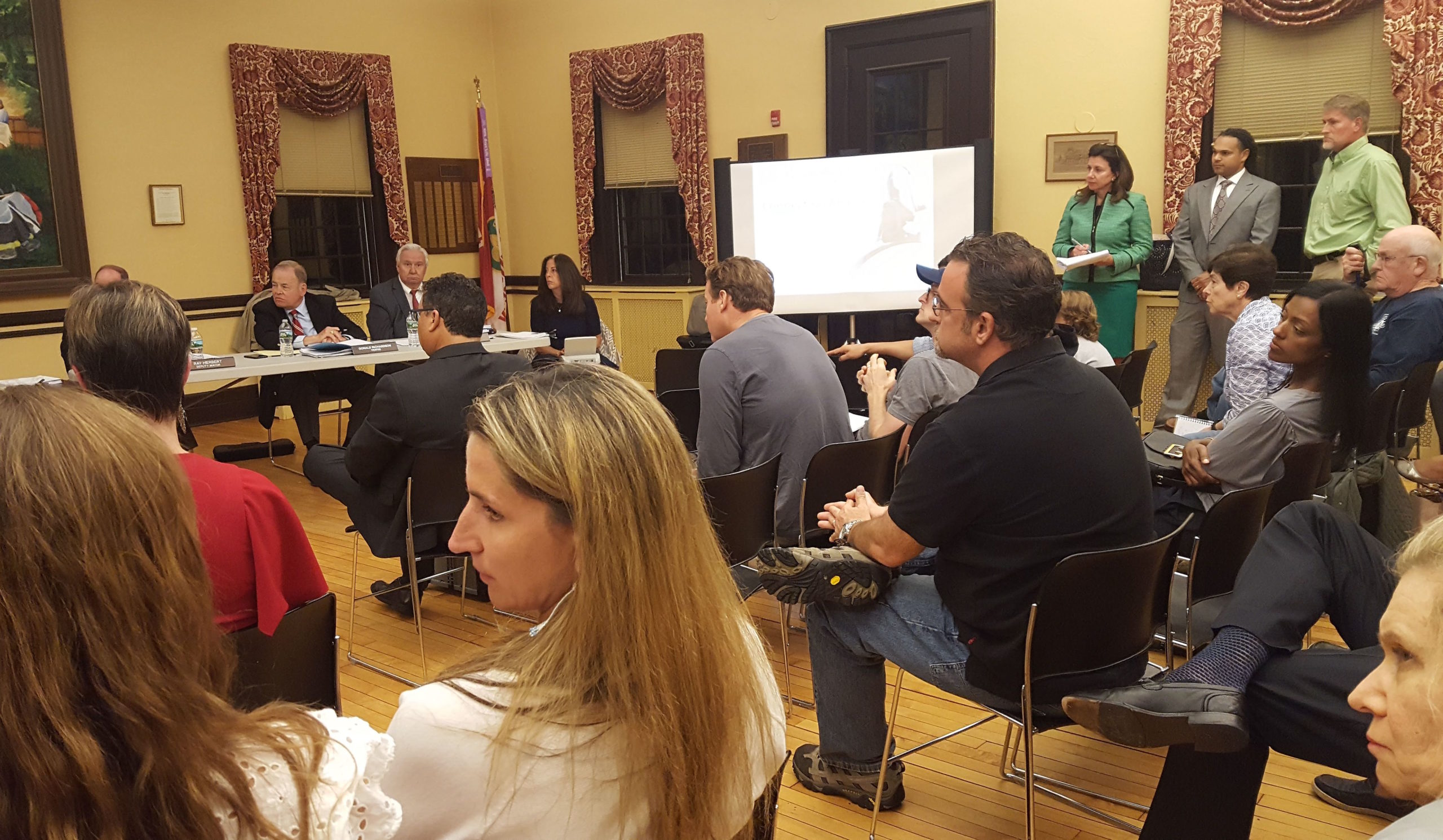 The Village of Plandome has hired a consultant to examine 10 cell nodes ExteNet Systems has proposed for the village, and 40 residents have hired an attorney to represent their interests in steady opposition to the project.

Tuesday night marked part two of a public hearing about the matter, once again lasting hours and packed with residents concerned about the purpose of the nodes, possible health risks and potential for affecting home values.

This time, however, in addition to frequently standing to question the village board and representatives of ExteNet, a company that installs small nodes that handle cell phone  signals, the residents had an attorney who spoke on their behalf, rebutting ExteNet’s claims.

This is the third local village where residents have hired the attorney, Andrew Campanelli. He has already spoken at meetings in Lake Success and Flower Hill, encouraging the village boards to deny applications that many attorneys representing local municipalities say local governments have no grounds to reject because of the federal Telecommunications Act of 1996.

Trustee Donald Richardson said that the village has hired a consultant who will examine ExteNet’s application and data and advise the board on whether it is adequate.

“I want everybody in this room and also ExteNet to realize that we’re going to do this properly according to the law, and to the extent that it turns out to be a denial it will be well rounded, it will be based upon substantial evidence in the record,” said village Attorney John Ritter. “There will be a copious written decision, and, in fact, whether it’s approved or not that’s how the decision’s going to be written because there may be some people in the audience here who want to challenge.”

The board hopes to negotiate with ExteNet to extend the original application approval deadline of June 22, he said. Richard Lambert, the regional director of external relations for ExteNet’s eastern region, said that his company would discuss specifics of the timeline with the board outside of the public meeting.

Since the previous public hearing, ExteNet had reviewed specific proposed cell node locations and alternatives that residents had suggested. One that was originally planned as a flagpole or decorative light in a residential cul de sac could be moved to a location off of Woodedge Road, Lambert said.

During public comment, residents again spoke of the nearly nonexistent village traffic, which they said negates the need for increased road data service that ExteNet says the nodes would provide.

“Most of these roads – two cars an hour, five cars an hour,” said resident Keith Strassberg. “I mean there is a disconnect between traffic level of the roads where we’re placing these poles and intended purpose.”

They also mentioned the threat of perceived health risks and aesthetics of the poles that nodes would be placed on as two factors that could decrease the value of their multimillion-dollar homes.

In a presentation to the board early in the meeting, Campanelli said that Verizon never performed a test to determine the quality of data service in the village by driving around and mapping the signal strength. Verizon’s website labels the sites of the proposed nodes as having “excellent” service, he said.

Verizon did, in fact, perform a drive test, said ExteNet senior radio frequency design engineer Christopher Frederick. Data available to the public on its website comes with a disclaimer, he said, and that data is really for marketing, while the data ExteNet presented in its application is the more accurate of the two, Frederick said.

The village should not be afraid to deny the application, Campanelli told the board.

A month ago, Lake Success denied nine of the 13 nodes ExteNet applied for.

When denying cell nodes, the Village of Lake Success included fact-finding determinations in the written decision based on recorded evidence, which ExteNet would not have much luck in challenging, he said.

“I assure you any risk of litigation is minimal,” Campanelli said. 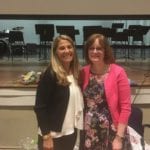 Port Washington Board of Education recognizes retiring leaders
Next Article