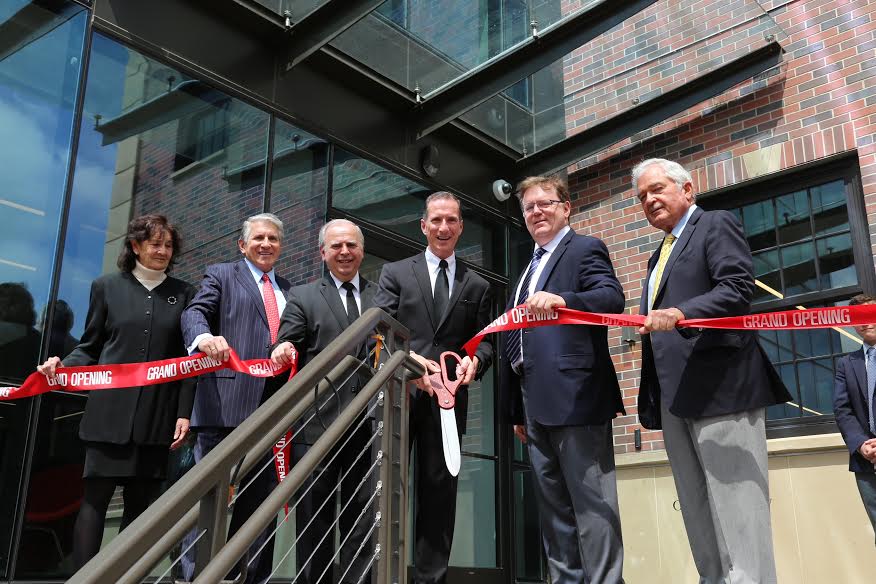 Chaminade High School presented the grand opening of its new 34,000-square-foot Dolan Family Science, Technology and Research Center on Sunday, attracting a crowd of hundreds on the Flyers football turf.

“I want to give a sincere thank you to everyone who participated in this campaign. This building is a landmark in our 90 year history, and will assist our students greatly as the world becomes increasingly dependent on science,” said Chaminade President Thomas Cleary.

The facility is one of a kind for high school students in the tri-state area, Chaminade officials said.

Cleary was joined at the ribbon cutting by Mineola Mayor Scott Strauss, Patricia and Victor Ganzi, the former CEO of the Hearst Corporation and former president of the PGA Tour, Chaminade Principal Joseph Bellizzi, Thomas Dolan with the Dolan Family Foundation and Lou Gerstner, a graduate of Chaminade and former CEO of IBM.

The Mancini-Duffy architecture firm designed the new modern building, housing seven science labs and an observatory dome at a cost of $23 million.

The support of Chaminade parents, alumni, and friends helped generate funding of the new building as well as the new technology.

“Each of our 1,700 students will be able to learn about the world around them in ways never before possible. We thank more than 2,500 donors for their generosity, vision and firm belief in these young men,” said Cleary.

“The new building houses some technology I’ve never even heard of, and I can’t wait to use it all,” said 16-year-old Chaminade sophomore Daniel Annunziato.

The construction broke ground in January 2016, but the idea for the facility began roughly four years ago, generated by the ongoing national discussion about the importance of STEM education.

New iPads administered to all students are particularly helpful with the science building, noted Matt Markham, Chaminade director of communications. The iPads are able to sync with the new lab probes, allowing students to perform real experiments in real time.

“It’s a transformative day in the history of our school. This building is just the next step in the mission that has defined Chaminade since 1930. The school has always sought to provide the most contemporary education possible for all students, and this building with the help of the Dolan Family Foundation, will keep us ahead of the curve,” explained Markham. 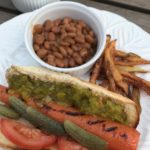 The glorious carrot hotdog
Next Article

A Look On The Lighter Side: Masters of the universe