The good news coming out of the Tuesday, Sept. 12 primary election is that County Executive candidate George Maragos lost the Democratic nomination to Laura Curran.

Actually, I think it’s fair to say Maragos was clobbered by Curran, nearly 4-1. He received a pitiful 21.30 percent of the vote versus a whopping 78.51 percent for Curran.

Initial financial reports indicate that Maragos spent at least $300,000 to receive 6,765 votes. In other words, it cost him a minimum of $44 per vote.

As one political wag said to me, “Maragos would have done better handing out $20 bills on street corners and at train stations.”

Maragos proved that when one abandons long-held principles and switches political parties out of sheer egoism, the voters generally don’t buy the new act.

Maragos would have saved a lot of money if he had reviewed the political saga of former Long Island Congressman Michael Forbes.

Republican-Conservative Forbes, who beat the first C.D.’s Democratic Congressman George Hochbrueckner in 1994, was viewed by many as an up and coming political star.

He was easily re-elected in 1996 and in 1998 he broke contemporary records for a Republican in that district, receiving 64 percent of votes cast.

However, in 1999, Forbes in a snit over poor treatment he allegedly received from GOP Congressional leaders, switched to the Democratic Party.

Despite support from National Democratic leaders, the local party faithful did not buy Forbes’ sudden conversion.

Challenged in the 2001 Democratic primary by Regina Seltzer, a 71-year old retired librarian, Forbes lost despite outspending Seltzer by $1 million.

Forbes faded into political oblivion after that loss, and I expect the same of George Maragos after his latest defeat.

But now on to the general election campaign for county executive.

The candidates should take a careful look at the $2.9 billion Mangano budget made public on Sept. 15.

In my judgment, the criminally indicted Mangano punted.

Instead of adopting significant cost reduction recommendations in the Capital Market Advisors, “Strategic Reduction Analysis,” commissioned by the Nassau Interim Finance Authority, he went for some small ball cuts, likely just to be able to say that he didn’t completely ignore the report, as he did in 2011 with a similar report by Grant Thornton.

On the plus side, the budget does not call for long-term borrowing to meet operating expenses and does not include the ill-advised and much-panned sewer privatization scheme.

Some might argue that, on paper, the budget looks okay— in other words, potentially balanced, but in unpalatable ways. As a result, politically, in my judgment, it is a non-starter.

It is unlikely that any county legislator will vote for a budget, that must be passed by Oct. 31 (seven days before Election Day) to increase taxes and fees.

Since it is likely the revenue side of Mangano’s budget will be rejected, the question is, what happens next?

If a makeshift budget is approved to get past Election Day, it is likely NIFA will reject it.

If that happens, it’s doubtful lame-duck Mangano, in the waning days of his administration, will take much interest in redesigning a budget, and NIFA may have to step in and impose one, with NIFA actions limited to attacking the expense side of the budget.

My advice to the county executive candidates: Don’t run against NIFA. Remember, prior to the state creating NIFA, the Nassau County Legislature unanimously approved a home rule message requesting Albany to create a state oversight panel with the power to guide the county’s budget policies.

Hence, the next county executive should meet with NIFA members; befriend them and urge them to use their powers responsibly to do the right thing to truly balance the budget under Generally Accepted Accounting Principles.

A balanced budget that does not include fiscal gimmicks or borrowing will be a blessing for the person sworn in on Jan. 1, 2018.

A balanced multi-year plan, including 2018 and following years, could allow NIFA to end its control period and go back to reviewing and commenting on county borrowing.

If so, the new county executive would not be haunted by Mangano’s fiscal follies and could truly begin rebuilding a county that has been ravaged by incompetence and corruption. 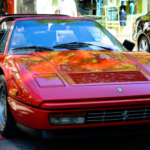