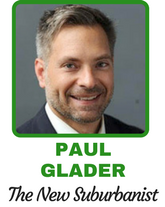 To create better places to live, Great Neck and other North Shore communities need to slow down traffic and speed up developments for pedestrians, bicyclists and “third places” where citizens can spend time.

That is a smart move to help transform North Shore towns.

“In this short 2.7 mile stretch, there have been an average of 134 accidents and 23 injuries per year in 2011-2015,” and one fatality wrote Beth Friedmann of North Shore Action, in a letter to the GNVOA.

She noted that the first eight months of 2016 included 87 accidents, 14 injuries and one fatality. We know that a 43-year-old father and husband named Oren Bennaiem was struck and killed by a hit and run driver at the intersection of Middle Neck Road and Barstow Road on Sept. 30, 2016.

Friedmann cited National Highway Traffic Safety Administration data that “speed is the second largest cause of deaths (28 percent) in traffic accidents and lowering the speed limit by just five miles per hour from 30 to 25 reduces risk of severe injury from 50 percent to 25 percent.”

Certainly, some motorists will grumble that a speed limit could expand their commuting time and cause congestion. But it could also mean they take a different route, plan ahead to leave earlier and drive more carefully? The end result will be worthwhile.

Pedestrian safety will be a defining feature of the most livable cities and suburbs of the future. North Shore Action’s proposal will help make Great Neck a more safe, attractive and neighborly place to live.

A wave of population growth swept city centers nationwide between 2000 and 2015 as many people preferred the energy of cities to the ennui of suburbs.

But rising real estate prices, violent crime rates and gentrification in city centers have run their course according to Richard Florida, a professor at the University of Toronto and a noted urban theorist.

“The much-ballyhooed new age of the city might be giving way to a great urban stall-out,” Florida wrote in a New York Times OpEd in September. He wrote that suburbs outgrew cities in two thirds of America’s large metropolitan areas in the last two years.

So if suburbs are poised to grow, they have to think ahead on traffic safety, pedestrian safety and livability.

Pedestrian deaths nationwide rose 9 percent to 5,987 in 2016, the highest level since 1990 according to recent data from the National Highway Traffic Safety Administration. Bicycle deaths increased slightly

Pedestrians “are unprotected and, in most cases, outnumbered,” Deborah Hersman, CEO of the National Safety Council, told the Associated Press. “Everyone deserves safe passage, and these numbers are yet another indicating that we must do more to keep each other safe.”

Self-driving cars in the future – an idea under development at Google, Tesla, Uber, BMW, Ford and most other major car markers – may help reduce accidents, injuries and deaths by removing human error from transit.

While robots will likely make our roads safer in the future, we should think more carefully of designing our cities for humans, for pedestrians, for families.

That means: business districts that create “third places” for people to spend time rather than just buy stuff; sidewalks that protect pedestrians and housing developments that encourage safe walking and biking.

It means borrowing good ideas from other countries and cities rather than building sidewalks and roads the same way New York did in the 1960s.

In addition to implementing appropriate speed limits, we should study key intersections, streets and areas to consider better enforcement, lighting, parking and other design ideas such as roundabouts.

Other countries from Ireland to Malta use roundabouts to great effect to moderate traffic and provide safe passage for pedestrians. Roundabout projects in Huntington and Great Neck have made parts of town safer and more beautiful.

A key benefit of improving transit and pedestrian safety is not just saving individual lives. It also improves our care for others, our view of our neighbors and community.

“The road is physically demanding the drivers slow down and interact with each other. The funny thing is that when those things happen, you are safer,” said Eric Alexander, director of Vision Long Island, during a recent phone interview. “If you have to slow down, you get off the phone, you stop texting and you interact with those around you.”

Paul Glader is a professor at The King’s College in NYC and the Laventhol / Newsday visiting professor at Columbia University’s Graduate School of Journalism. 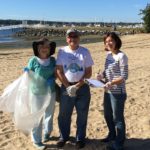 D’Urso aids in beach clean up in Manorhaven
Next Article 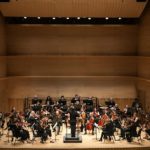