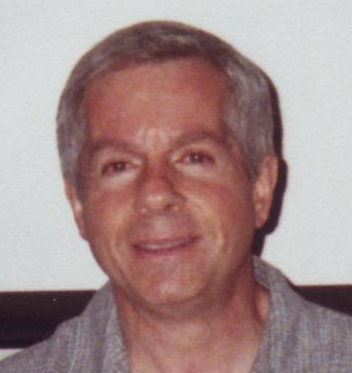 If you were being “enslaved,” would you know it?  The majority of the population has accepted, without questioning, life-diminishing controls.

Cause (someone) to lose their freedom of choice or action. – Oxford Languages

(We are increasingly enslaved by technology.) – Cambridge Dictionary

To enslave a person or society means to trap them in a situation from which they cannot escape. – Collins Dictionary

Chemicals destroy the climate, fertile soil that grows our food, pollute our drinking water, gut flora, mutate our genes, are a threat to our brains and neurological systems, cause cancers.

Industrial farms inflict tremendous torture upon farm animals, causing them untold suffering.  They are also force-fed lab-created GMOs, not normal to their natural diets.  With ties to pharmaceutical companies, factory farms administer antibiotics and growth hormones to make these animals large, so much so that they cannot stand on their own legs.  Crammed into very small cages, they never see the light of day or breathe the fresh air.

“The factory meat industry has polluted thousands of miles of America’s rivers, killed billions of fish, pushed tens of thousands of family farmers off their land, sickened and killed thousands of U.S. citizens, and treated millions of farm animals with unspeakable and unnecessary cruelty.”   – Robert F. Kennedy, Jr.

Just about all food crop seeds in America, unless organic, are created in laboratories, not nature-grown.  Genetically modified organisms contain foreign DNA, unrecognized by the human body.  They alter the human genome, create havoc with our health, make us vulnerable to new viruses, and lower IQ.

Grown with synthetic fertilizer, they are heavily sprayed with Glyphosate and other toxic chemicals.  Nitrous oxide produced by synthetic nitrogen fertilizer, caustic to our lungs, creates tremendous heat in the atmosphere.  It is 300 times more powerful at warming the Planet than carbon dioxide and methane.  With synthetic soil and fake food, void of nutrients vital to life, how long do you think we can survive?

Genetically altered crop seeds contain novel (new) proteins, giving the Biotech industry rights to apply for patents.  This creation is not by nature, but by science.  According to patent laws, by consuming food containing these altered proteins, you are considered to be infringing upon the lab’s patent.

Andrew Kimbrell, internationally recognized public interest attorney, founder and executive director of the Center for Food Safety states, “Through a patenting system that favors the rights of corporations over the rights of farmers and citizens, our food and farming system is being held hostage by a handful of companies.  Nothing less than the future of food is at stake.”

The Led lights now in our villages, so unnaturally bright, have a much greater impact on circadian sleep rhythms than conventional street lamps.  Ongoing exposure can cause the retina to become severely damaged, especially for those 50 and over.  Species in nature need a naturally dark environment to sleep.  They become disoriented.  Trees become diseased and die.  When nature is disrupted, humans are to follow.

Dr. Yael Stein of Hebrew University, Jerusalem writes about 5G “Harming and changing our environment and is a disaster waiting to happen.”

Joel M. Moskowitz writes in Scientific American:  More than 240 scientists signed, along with medical doctors, the International EMF Scientist Appeal to the FCC:  “…EMF affects living organisms at levels well below most international and national guidelines.  Damage goes well beyond the human race, as there is growing evidence of harmful effects to both plant and animal life.”

Among possible ramifications to human health due to the strength of these EMFs, are an excess of cytokines, an over-inflammatory response by the immune system,  or cytokine “storm” which attacks the lungs, that we are unfortunately hearing so much about at this time due to the Coronavirus.

Dr. Martin L. Pall, PhD, Professor Emeritus of Biochemistry and Basic Medical Sciences, Washington State University states: “Putting in tens of millions of 5G antennae without a single biological test of safety has got to be about the stupidest idea anyone has had in the history of the world.”

Microchipping will trace and track every aspect of people’s lives.

Hand-scanning through microchips is already being tested/implemented in supermarkets in the US and around the world, causing massive job loss.

Paper trails, including store receipts and bank statements will be eliminated.  Can we rely on technology to be available, and keep accurate, secure accounts of personal finances, important documents and records?

Local politicians, on up to the president are said to be “just taking orders.”  Through exemplary “genius,” the Deep State (certain individuals and powerful puppet masters who are the behind the scenes architects of our laws) has its agenda carried out.  Everything is created by design.  Educational institutions and funded education projects are directed and controlled through select mega corporations.  When a school district is top rated, it is based upon teaching the students technology utilized and promoted by the government.  Does this make for a fruitful life, humanitarian society, longevity?

With our high educational degrees, people have become intellectually bankrupt.  They use their thought process according to how much money they have.  Many can’t think past maintaining their own lifestyle.  What does a family with an annual income of $50,000 have to do, compared to a family making $150,000?  Think.

Considering our broken society, should our population be salvaged, and if so, who can or will save us?

“Unthinking respect for authority is the greatest enemy of truth.” 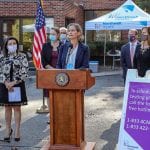 Readers Write: When our age-old principles are threatened