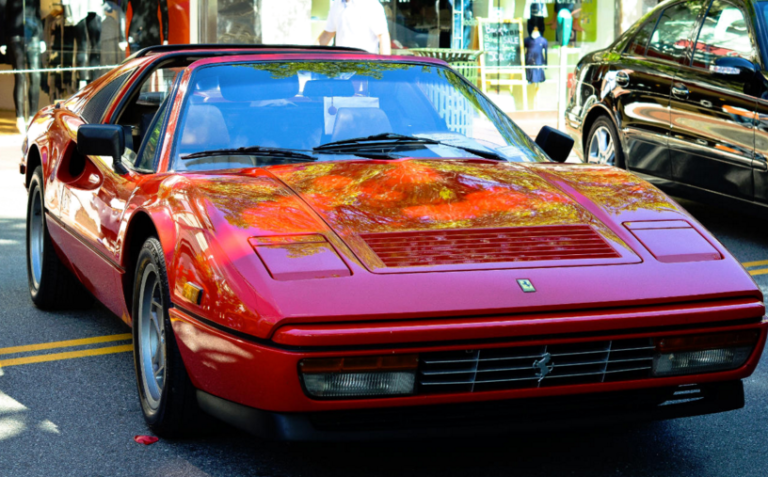 This year’s event will be featuring new carnival rides, including a mini ferris wheel, a rock climbing wall and a 50 foot slide. The AutoFest will be showcasing vintage and classic cars, including the Tucker automobile, of which only 51 were ever produced, and the 1933 Auburn Boattale Speedster.

“The AutoFest and Street Festival has become a celebrated Long Island tradition, bringing together families and car enthusiasts from Great Neck and beyond to enjoy this great community event and all it offers,” said Ron Edelson, Executive Director of the Great Neck Plaza BID.

“Each year we try to bring something new …to add something that festival goers have not experienced before at our festival. This year, there are several new attractions, including new kid’s rides and a special guest appearance by the original Batmobile featured in the 1960’s Batman TV show starring the late Adam West. We’re expecting a huge turnout for this year’s festival and we thank our title sponsor United Capital Corp and its vice president and Great Neck Plaza BID board member Michael Lamoretti, for their continued generous support.”

Metropolitan Commercial Bank is a contributing sponsor for this year’s event.

Back on the main stage for the 11th consecutive year will be the Meade Brothers, one of the region’s most beloved bands. The Meade Brothers play covers from The Beatles, Rolling Stones, Van Morrison, Creedence Clearwater Revival and many more. Band members include Rich Meade (lead vocalist and rhythm guitarist), Greg Meade (vocalist and lead guitarist), Capt. John Raguso (bassist and backup vocalist), Zach Stern (drummer), and Paul Brokaw (keyboard and vocalist). Since their formation 44 years ago, the band has opened for many popular acts including Harry Chapin, Lynyrd Skynyrd and Joe Walsh.

New for this year on the festival’s second stage (located at the Middle Neck Road/North Station Plaza corner) will be day-long dance performances from the young dancers of To The Pointe!-Katya’s Dance Studio. Performing originally choreographed numbers covering modern dance to colorful Asian dance performance, this entertainment showcase promises to be a new family-oriented highlight of the festival.

“The AutoFest and Street Festival is a great day for families and those of us who love vintage and classic cars,” noted Jay Corn, Great Neck Plaza BID Vice President and AutoFest Committee chairperson. “But it represents much more. It is part of an overall collaboration between the Great Neck Plaza BID and the Village of Great Neck Plaza to build upon and maintain an active, strong, and exciting downtown. From BID-produced events such as this festival, summer promenades, Halloween parades, restaurant weeks, sidewalk sales, holiday gift certificate programs and a year-long social media campaign to the Village’s summer concert series, on-going downtown beautification efforts and numerous successful initiatives to bring smart-growth residential development to our downtown, Great Neck Plaza has become a model for other downtowns across Long Island.”

Among the classic cars that will be on display at this year’s AutoFest and Street Festival will be the 1948 Tucker, owned by Howard Kroplick, and a 1933 Auburn Boattale Speedster owned by Dave Palter. Kroplick’s Tucker is the 44th of only 51 Tuckers ever produced. The 1988 movie Tucker: The Man and His Dream starring Jeff Bridges was based on the saga surrounding the car’s production. A 1948 Tucker sedan was featured in the July 26, 2011, installment of NBC‘s It’s Worth What? television show. The car’s estimated value at that time was US $1,200,000.

“The AutoFest and Street Festival is always a highlight event for our village” stated Jean Celender, Mayor of Great Neck Plaza and a Great Neck Plaza BID board member.” “The cars, the many activities for kids, the music, the dance performances scheduled for this year, the culinary treats our many restaurants offer….it all makes for a wonderful Sunday afternoon for everyone.”

For more information about the Autofest and Street Festival, log onto www.shopgreatneck.com or visit the Business Improvement District’s Facebook page, http://www.facebook.com/greatneckplaza.