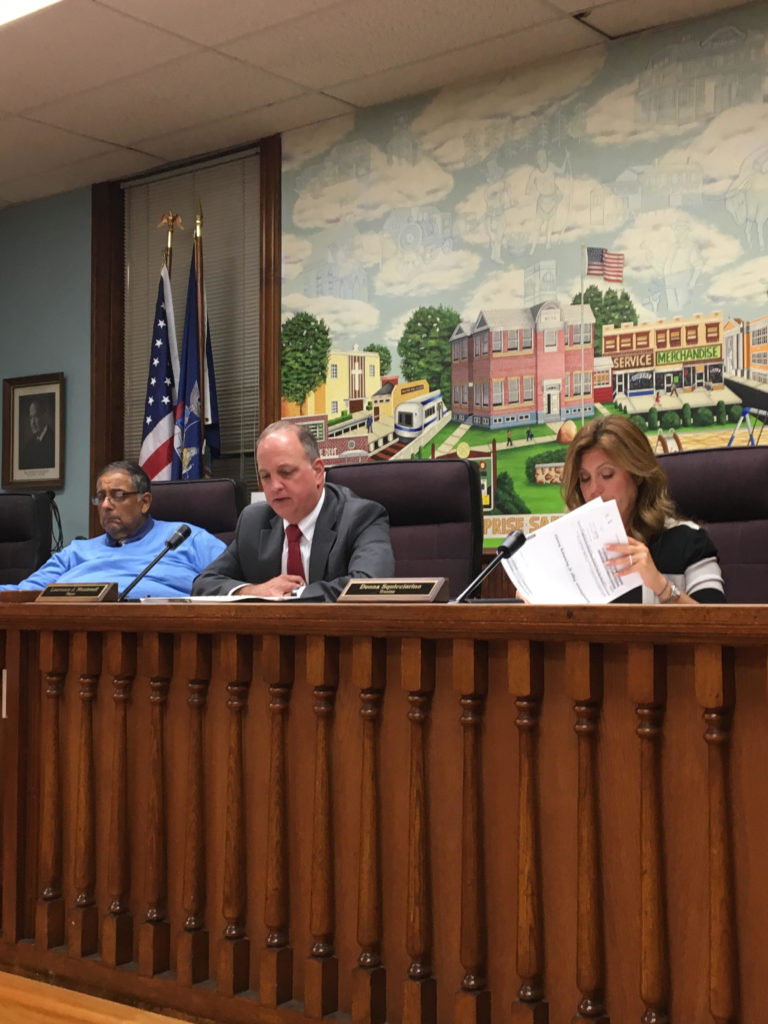 The changes adjust the definitions of driveways and front yards in the village code.

“Any parked or stored vehicle on the paved or partially paved driveway, or parking area permissible under this code, may not encroach more than three feet into the front of the house,” Montreuil said.

Montreuil said that the changes to the code were prompted by observations of residents’ cars parked on the lawn in front of their houses.

One sentence was added to section 84-2 and section 195-1 of the village code defining what driveways and front yards are, and how vehicles can not encroach upon the front lawn of residents’ homes, which essentially puts the same language in two different sections of the code, Montreuil said.

Resident Mike McCarthy of 1002 First Ave. expressed concern over the language of the changes, the overall availability of parking in the village and the lack of village residents present for the hearing.

“Hearing you read the law,” McCarthy said, “I can’t make heads or tails of this thing.”

“There are some people that park their cars on the lawn,” Trustee Richard Pallisco said. “Do you like the way that looks?”

On the lack of overall parking, Pallisco added that there are relief spots in the village at Nuzzi Park on Stewart Avenue and Sixth Avenue.

“I’m surprised at how few people showed up for this,” McCarthy said. Village Attorney Benjamin Truncale said that a published legal notice was sufficient for notifying residents of the village about the public hearing.

Despite McCarthy’s opposition, the board passed the changes to the code unanimously.

After the public hearing, the board held its regularly scheduled meeting.

The board passed three resolutions unanimously, including the transfer of funds totaling $8,426 to various accounts, the mayor’s entering into an agreement with the Town of North Hempstead for a youth program fund and authorization to hire a full-time parking meter attendant, Evan DeClemente.