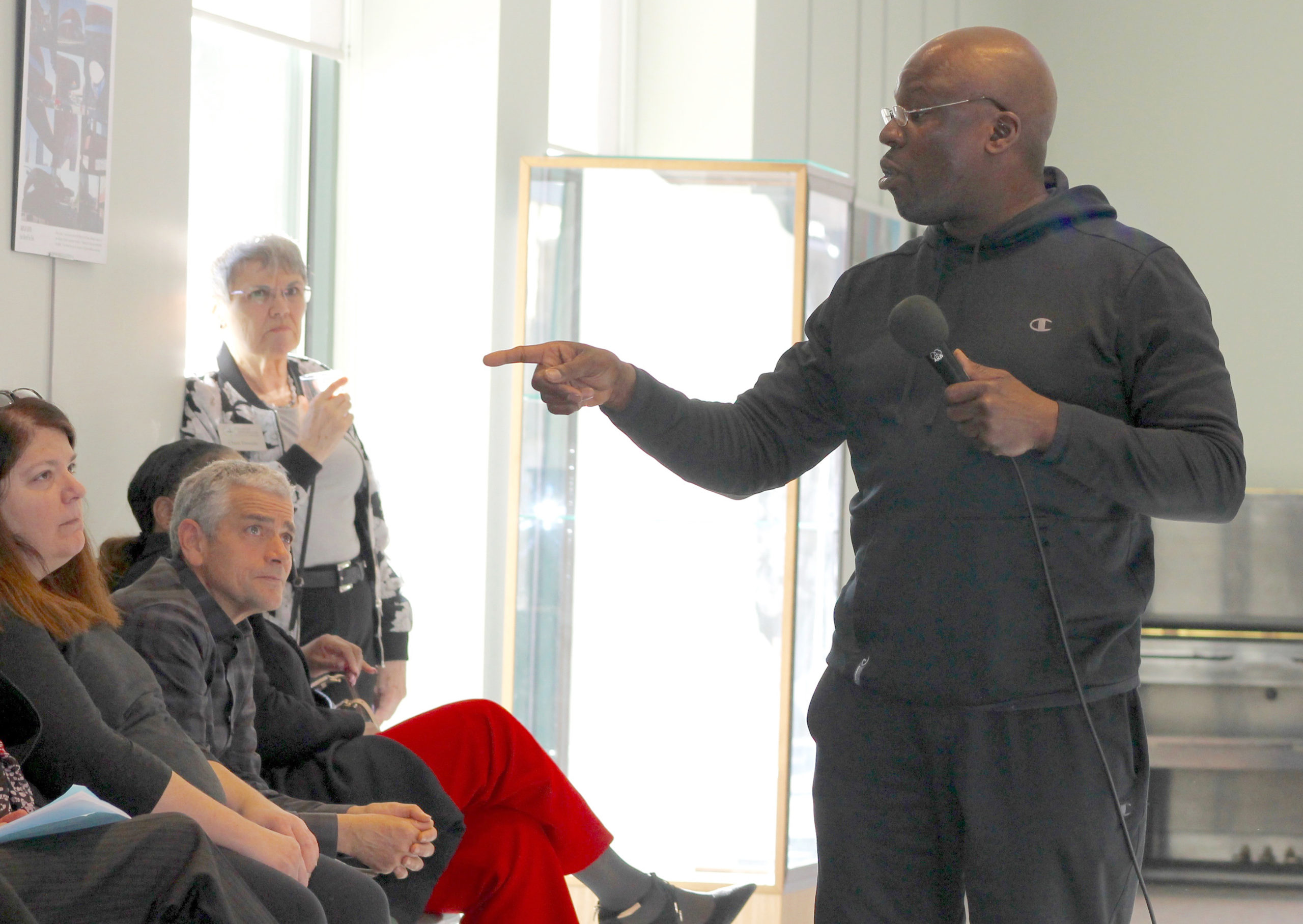 Campaign for Alternatives to Isolated Confinement advocate Jack Davis spent nearly 30 years in the New York prison system and spoke at the Unitarian Universalist Congregation at Shelter Rock on Sunday during the "Photo Requests from Solitary" art exhibit. (Photo by Amelia Camurati)

Former New York state inmate Jack Davis said during his time in solitary confinement, one of his neighboring inmates stayed up all night, often keeping the other prisoners awake as well.

“They had a guy who used to scream every night. Every night, all he did was scream,” said Davis, who was incarcerated for almost 30 years. “Unfortunately, because he wasn’t getting mental health treatment, he screamed all night.”

Davis, an advocate for the New York Campaign for Alternatives to Isolated Confinement, spoke alongside fellow activists Doug Van Zandt and Alicia Barazza, a couple whose son committed suicide in solitary confinement, and Solitary Watch co-director Jean Casella during the “Photo Requests From Solitary” art exhibit at Unitarian Universalist Congregation at Shelter Rock in Manhasset on Sunday.

The exhibit will have a second viewing at 6:30 p.m. Jan. 23 with a handful of speakers including Davis, in the Unitarian Universalist Congregation at Shelter Rock art gallery.

The congregation’s social justice coordinator, Claire Deroche, said prisoners kept in solitary confinement spend at least 23 hours a day alone in a cell that is, on average, 6 feet by 9 feet — smaller than a standard parking space — without human contact or access to regular prison system programs.

“In New York state on any given day, some 4,000 individuals are being held under these conditions,” Deroche said. “The United Nations has ruled that beyond 15 days, solitary confinement is torture, yet many are held for months, years, even decades in these conditions.”

According to the United Nations, more than 15 days in solitary confinement is considered cruel and unusual punishment akin to torture.

Barazza said her son Benjamin Van Zandt was a quiet teenager, an excellent student and a Boy Scout. When Benjamin was 16, he was concerned his classmates and teachers would learn about his severe clinical depression and he would be placed in a psychiatric hospital.

A year later, Benjamin was arrested and charged as an adult after he was denied youthful offender status.

“Within two hours, [the police] had a written confession out of him, and he did not really understand his Miranda rights,” Barraza said. “He realized he had a problem, and he thought they were there to help him with his mental health. He didn’t realize that was a confession that would be used against him, and it was used against him.”

A report in the Albany Times Union said he set fire to an unoccupied home.

Benjamin was sentenced to four to 12 years in the New York prison system, and after years of transfers, sexual assaults and gang violence, Van Zandt said, the Office of Mental Health decided Benjamin did not have a mental illness and took him off his medications.

“The coup de gras was they accused him of fighting, which was just not that kind of person at all,” Van Zandt said. “They put him into solitary confinement, and within a few hours, he hanged himself.

“I cannot tell you how important the HALT Act would be to pass and to severely limit what the corrections officers and docs can do to inmates in solitary confinement. It truly is torture, and I plead you to talk to your state representatives.”

Deroche encouraged attendees to write and call Sen. Elaine Phillips (R-Flower Hill) about the act, which would limit solitary confinement to no more than 15 days, create rehabilitation units for inmates prone to violence, prohibit the placement of members of vulnerable populations in solitary confinement and increase training for corrections officers.

Casella said the exhibit, which was founded in Illinois eight years ago by a group of artist activists who were corresponding with inmates at the now-defunct Tamms Correctional Center in Illinois, was originally designed as an organizational tool to educate the public on solitary confinement.

The group began corresponding with inmates, sending letters and poetry, but the inmates wanted something more visual.

“Some of the guys in Tamms were writing back and saying, ‘We love the poems and letters you’re sending us, but we want some pictures. We can’t see anything in here,'” Casella said.

The exhibit features copies of images requested by prisoners in solitary confinement in Illinois, New York and California, and Casella said the most interesting pieces are the actual request forms, often imploring the volunteer photographers to show inmates their hometowns as they look now, places they’ve never been or images of the inmate themselves photoshopped outside the prison walls.

“We want to continue to use this as a way to organize people around this issue, especially people who have never really thought about this before and maybe have preconceived ideas of especially what people in solitary are like, because they must be the worst of the worst,” Casella said. “Then you see someone who says, ‘I would like a wooded scene with a doe and twin fawns. Thank you so much for doing this. I’ve been in here since 1983.’

“You can’t look at that and not realize that a person is more than their worst act. He’s been in prison a long time, and he probably did something pretty bad, but he also is a person who wants to see a doe and twin fawns. That kind of connection is what we hope viewers will take away from this show.” 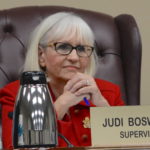 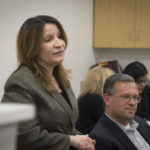