The Nassau County Legislature on Monday unanimously approved the use of Christopher Morley Park as the site of a proposed air stripper project to rid contaminants from the Roslyn Water District’s well in the Village of Roslyn Estates that led to its closure late last year.

The vote paves the way for the state Assembly and state Senate to pass a law alienating the half-acre of parkland to the county that is necessary for construction – tentatively set to break ground in July – to begin.

“I think, first and foremost, the air stripper is definitely necessary for the residents of the water district to bring that well by Diana’s Trail up to speed and have that water treated,” said Nassau County Legislator Richard Nicolello (R-New Hyde Park), who represents Roslyn Estates as part of the 9th Legislative District. “We’re accommodating their request to bring that air stripper to the park under certain restrictions, and we’re doing that in an attempt to help the water district bring clean water to their residents.”

The law was proposed in a bipartisan effort from Sen. Jack Martins (R-Mineola) and state Assemblywoman Michelle Schimel (D-Great Neck), who have each expressed interest in completing the project quickly to clean the water.

Passage of the law in both houses of the state Legislature would require Nassau County to dedicate a piece of land worth equal or greater value to the state or dedicate appropriate funding toward park improvements.

The $3 million air stripper project, initially proposed for district’s Diana’s Trail site, had been approved by the Town of North Hempstead in late February as part of the Roslyn Water District’s $20.9 million capital bond on the condition that officials work to acquire the land to build within the park.

Peter Fishbein, the Roslyn Water District’s attorney, said an air stripper is “the tried and true method” for removing contaminants from the water.

“This is not new science,” he said. “There are about 80-100 of these air strippers throughout Nassau County. They’ve been constructed since the 1980s.”

The Roslyn Water District is comprised of the villages of Roslyn, Roslyn Estates, Roslyn Harbor, East Hills and Flower Hill as well as parts of North Hills and Port Washington and the unincorporated Roslyn Heights, Albertson, Greenvale and Glenwood Landing.

Water pressure within the district has decreased in the last year with demand at an all-time high, officials have said, leading the district to implement a water rationing plan supported by Roslyn’s villages to avoid a possible shortage through the summer.

The state Department of Environmental Conservation has launched an investigation to find the source of the Freon-22, but water district officials said the contaminant could have been in the ground for more than 20 years before it made its way into the water supply and may never be found.

Schimel in late May said the legislation had been amended since its introduction to include a provision that would revert the use of the land back to the county after the water is treated and a source of the contaminants is found.

Roslyn Estates residents have opposed to constructing the air stripper at the water district’s well at Diana’s Trail because it would rid contaminants – including the chloroflurocarbon Freon-22 – from the water and emit them into the air in a neighborhood where small children are often present.

Roslyn Water District Superintendent Rich Passariello said that an engineering report conducted by H2M Architects + Engineers, which designed and will be constructing the air stripper project, found the levels of Freon-22 in the water would not be harmful to residents. The county health department, he said, also signed off on the report.

“From a scientific standpoint, there was no concern, but the residents felt if we could get it into the park and away from their homes, no one could say 30 years from now that they didn’t know what the long-term health effects were,” Passariello said.

But several environmental advocates opposed the use of park land for the air stripper on Monday and urged lawmakers during the hearing to find an alternative location for the project.

William Stegemann, the conservation chair for the Long Island Group of the Sierra Club, reiterated a statement the organization issued in April saying the air stripper “would detract significantly from the character of the park.”

“Just because there is no building or infrastructure there does not mean the space is of no use to residents,” he said.

Richard Oberlander, who identified himself as a certified arborist who lives in the Roslyn area, called the proposal “absolutely reprehensible” because he said it included the removal of an “oak tulip forest” that contained “100-year-old trees” that cannot be replaced.

“My attitude is that if the people living near that well don’t like [the air stripper], they can leave,” he said.

Neither water district officials nor their engineers disclosed the identity of the 20 trees that would be removed to build the air stripper, but engineer Joseph Todaro said each tree was either dead or decaying and the parcel depicted in the proposal was carefully selected.

Village of East Hills resident Richard Brummel submitted a petition with 150 signatures he said he solicited from park users in the days leading up to the Legislature’s vote.

He said the proposal to alienate a half-acre for the air stripper was misleading because officials would also construct a trail leading to the filter that he said would detract from the park.

Roslyn Estates resident Joshua Dicker said the decision would appease the demands of a few residents but ignore the “public good” by building on park land.

He said the air stripper project as it was first introduced for the Diana’s Trail well was a “more efficient, convenient and cost-effective” option, and that by moving it to the park, “no public interest is being served with this.”

“The question is not does it have to be built. It’s does it need to be built in the park,” Dicker said. 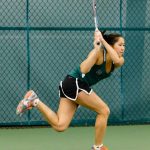