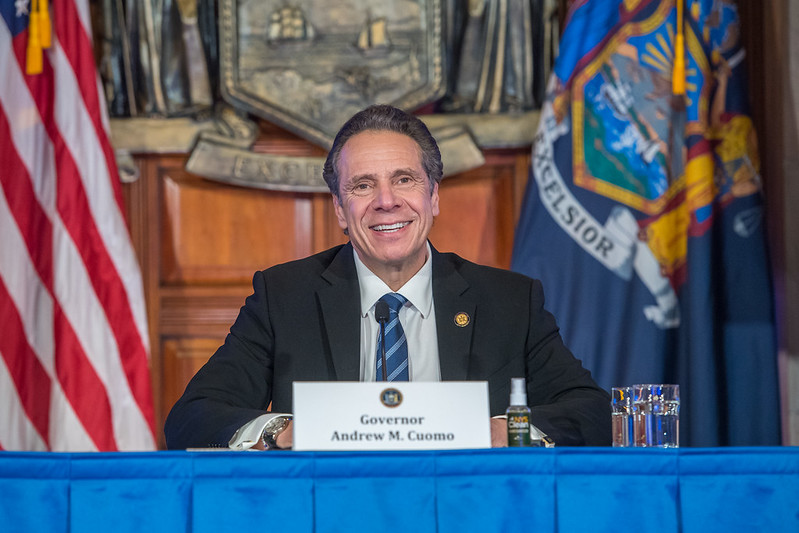 Gov. Andrew Cuomo sent a letter to Pfizer asking the company if the state could purchase vaccines directly from them on Tuesday (Photo courtesy of the Governor's office)

Despite encouraging trends for vaccination distribution on Long Island, Nassau County Executive Laura Curran and Gov. Andrew Cuomo continued to say that the process needs to be sped up.

Cuomo sent a letter to Pfizer’s chairman and CEO, Albert Bourla, after the state received 50,000 fewer vaccine doses this week than last week. Cuomo asked Bourla if there were any possibilities for the state to purchase vaccines directly from Pfizer, rather than obtaining them from the federal initiative Operation Warp Speed.

“It is abundantly clear that these vaccines are the weapons that will finally win the war against COVID-19,” Cuomo said in the letter. “But with hospitalizations and deaths increasing across the country this winter, we are in a footrace with the virus, and we will lose unless we dramatically increase the number of doses getting to New Yorkers.”

“We must increase the scale of federal vaccine shipments so we can pick up the pace,” Curran said. “Nassau has the infrastructure in place to administer the vaccine in greater numbers, and we’re investing in the outreach necessary.”

According to state figures, the Nassau County Department of Health was the best-performing distribution entity on Long Island as of Monday, administering 100 percent of first doses through the first four weeks of vaccinating.  Other facilities in the county that have been administering at least 90 percent of vaccine doses include Glen Cove Hospital, St. Francis Hospital, Mount Sinai South Nassau Hospital and NuHealth.

Curran touted the county’s coronavirus vaccine distribution rate despite Long Island having the highest rate of infection in New York.

“I’m proud that Nassau County’s Department of Health is among the highest performing vaccine operations in the State, and I’m also pleased to see so many of Nassau’s hospitals performing well,” Curran said Monday. “Until we reach community immunity, I urge residents to stay vigilant by continuing to wear masks, avoiding unsafe gatherings, and maintaining social distance.”

Cuomo reiterated his philosophy of “use it or lose it” regarding vaccination doses to health care systems throughout the state.

Cuomo estimated that with 300,000 vaccine doses provided weekly to the state, it would take roughly six months for everyone to be inoculated. With that number now at 250,000, Cuomo said, estimates for herd immunity were pushed back another month.

Last week, the Centers for Disease Control and Prevention recommended that states allow people ages 65 and older to receive the vaccine, and Cuomo said New York would do so.

The demand for inoculations throughout New York has been so overwhelming that appointments have been backlogged for three months, state officials said last week. Nassau County officials said around 55,000 county residents had received at least their first dose of the vaccine as of Friday, the most up-to-date figures provided by the county Department of Health.

As of Monday, Nassau’s daily positivity rate was 6.2 percent and nearing the 7 percent mark in terms of the seven-day rolling average, according to state figures. While the rate remains higher than most view as ideal, it is lower than at the beginning of January. 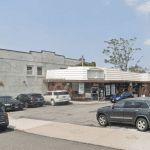 Application for 7-Eleven on Plandome Road withdrawn: Lurvey
Next Article 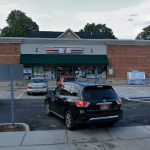