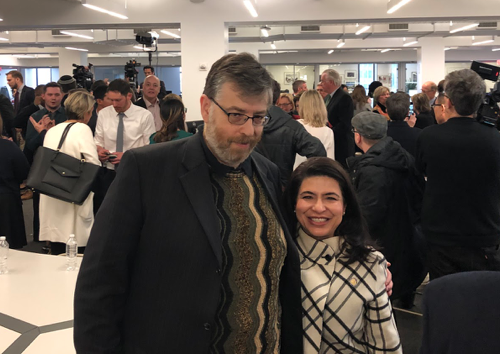 Gov. Andrew M. Cuomo has signed legislation to further extend the “look back window” for victims to file claims under the Child Victims Act, regardless of when or how long ago the alleged abuse occurred.

Before the passage of the act, a survivor of child sexual abuse had until the age of 23 to file charges or a civil claim against their accused abuser. With the passage of the law, survivors have up until age 28 to file criminal charges, and age 55 to file a lawsuit.

Over 1,700 lawsuits have been filed in the state of New York since the act was passed in February 2019. In May, due to the COVID-19 public health emergency, Cuomo issued an executive order extending the window until January 2021. The new legislation, signed Monday, extends the special filing period by a full year, and claims can now be filed under the act until Aug. 14, 2021.

Co-sponsored in the state Assembly by Anthony D’Urso (D-New Hyde Park) and in the state Senate by Anna Kaplan (D-Great Neck), the Child Victims Act increases the amount of time during which perpetrators of these crimes may be held criminally accountable; allows victims of these crimes to commence a civil lawsuit at any time before they reach 55 years of age; provides survivors seeking to file actions against public and private institutions for previously time-barred claims a new opportunity for their day in court by opening a one-year window, now extended to two years, for them to commence their civil action, among other things.

“The Child Victims Act brought a long-needed pathway to justice for people who were abused, and helps right wrongs that went unacknowledged and unpunished for far too long and we cannot let this pandemic limit the ability for survivors to have their day in court,” Cuomo said in a statement. “As New York continues to reopen and recover from a public health crisis, extending the look back window is the right thing to do and will help ensure that abusers and those who enabled them are held accountable.”

“The Child Victims Act has allowed more than 3,000 brave survivors to come forward to seek justice, yet it’s clear many New Yorkers who survived child sexual abuse haven’t come forward — especially during the COVID-19 crisis which has upended our courts and economy,” Hoylman said in a statement. “I’m extremely grateful to Gov. Cuomo for signing our legislation extending the Child Victims Act for an additional year. Most of all, credit goes to the fearless survivors of child sexual abuse, who courageously shared their personal stories in order that more New Yorkers would have the chance to hold their abusers and the institutions that harbored them accountable.”

Kaplan said in a statement that with the court system upended by the pandemic, the government “needed to give survivors more time to seek justice under the law.”

“Survivors deserve an opportunity for healing, and those who commit crimes against children must be held accountable,” Kaplan said. “With this law now in effect and the look back window extended, I urge all survivors to consider taking action so that these abusers can be brought to justice, and so that survivors can hopefully find some closure.”

The Diocese of Rockville Centre, which was hit with numerous lawsuits shortly after the act’s passage last year, had a bid to dismiss the suits rejected in May. The diocese filed an appeal  in June. 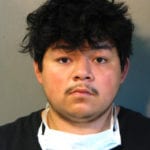 Brooklyn man arrested for stolen car in Mineola
Next Article