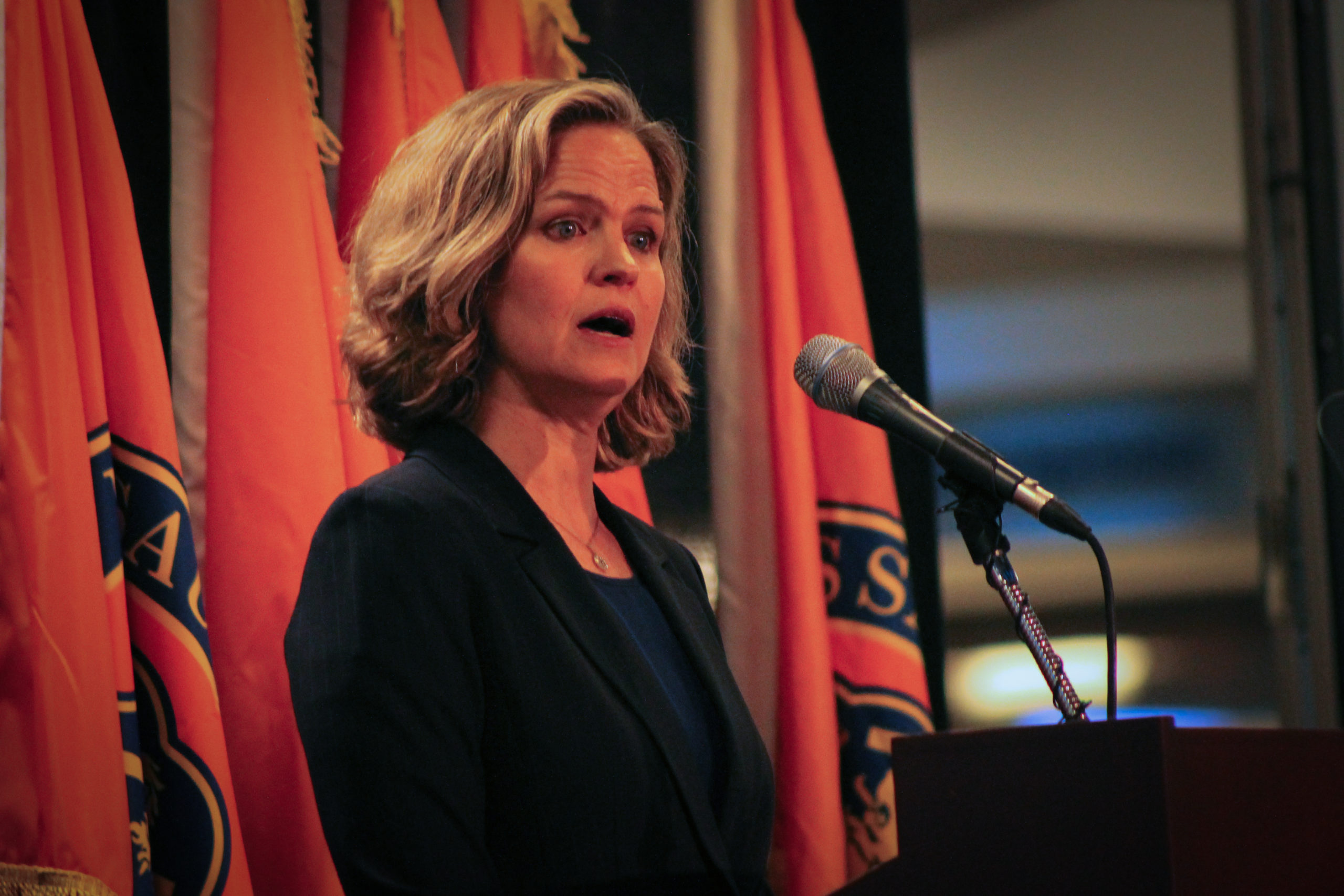 Laura Curran during her State of the County speech on Wednesday in Mineola. (Photo by Janelle Clausen)

In her first State of the County address, Nassau County Executive Laura Curran talked about how she was moving Nassau away from its corrupt past.

“I know we are all reading current newspaper headlines that make us cringe at the picture painted of our County,” she said Wednesday at the Cradle of Aviation Museum in Garden City. “Together we can create a different narrative going forward.”

In her speech, she outlined how she would improve the county through a three-pronged approach: ethics reform, fiscal responsibility and economic growth.

Although she preached patience for some of her campaign promises, she touted some of the legislation she has been able to pass in her three months since taking office on Jan. 1. She mentioned her executive order banning her appointees from holding leadership positions in political parties or donating to her campaign.

“Nassau County is the first and only county in New York State to take these steps,” she said to applause. “Once again we lead.”

She also mentioned her reforms to the contracting process, ensuring those who review or procure contracts cannot receive gifts from contractors and making the process more transparent.

“These steps, taken by both my administration and the legislature, send a message to all county residents: We are here to serve the public, not ourselves,” she said.

On the budget, she stressed that tough decisions would have to be made to get the county’s finances in order. To that end, she thanked the Nassau Legislature for helping her to get property tax assessments underway. That plan was approved days earlier and would unfreeze the tax rolls for the first time since 2011.

While noting that the county would have to be careful with its budget, she outlined some initiatives that Nassau will be funding: such as real-time mapping that allows the police to track drug overdoses; increased school security in the wake of the Parkland shooting; and after-school programs for children.

Curran also has to renegotiate the county’s major collective bargaining agreements, all of which expired the day before she took office.

“I am committed to fair and good faith bargaining, and we look forward to the new negotiations with each of the unions,” she said, adding that some of the agreements contain “dated” work rules.

Curran praised Police Commissioner Patrick Ryder and Sheriff Vera Fludd, both of whom she appointed.

“Sheriff Fludd is committed to officer and inmate safety, as well as upgrading the infrastructure,” Curran said. “It is fair to say there is indeed a new sheriff in town.”

Finally, Curran talked about how the county could create jobs and expand its tax base.

She touted projects like the restoration of the Bayville Bridge and the elimination of sewage outfalls in the western bays would provide jobs and improve infrastructure.

She said she was happy to welcome back the New York Islanders to Nassau County. The hockey team will play several games at the Coliseum before moving to a new arena at Belmont Park.

“As a horse racing facility, Belmont was an underutilized state park,” Curran said. “With the proposed Islanders Arena, Belmont is now the site for one 17 of the largest public/private state initiatives, which will create construction jobs and permanent jobs after construction.”

To further economic development, she talked about two actions she had taken in the prior week: reforming the IDA to close loopholes, and calling on Gov. Andrew Cuomo to tax third-party, out-of-state internet sales.

Curran concluded by saying the state of the county was “fragile,” but that Nassau should continue to set its sights high.

“We cannot stop dreaming big. Just look to the ceiling of this wonderful museum and you will see the evidence,” she said. “While we do the hard work together, let’s continue to be champions for a better Nassau County.” 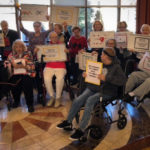 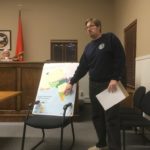 Manorhaven considers working with other villages on waterfront