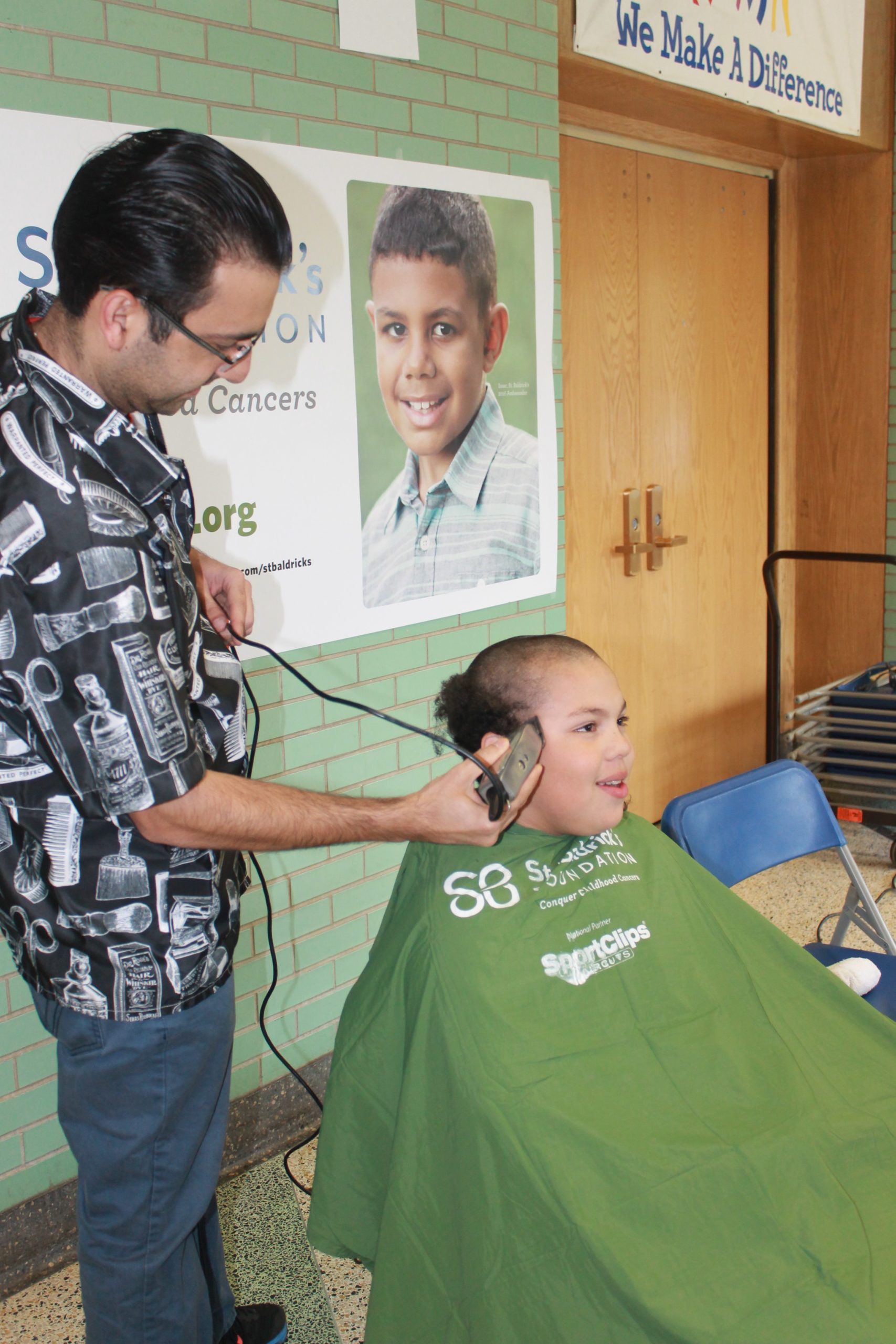 The New Hyde Park Memorial High School Dads’ Club is getting ready to bare all to support kids with cancer.

Local barbers and students will take up their razors and shave heads at the club’s March 16 fundraiser for the St. Baldrick’s Foundation, a national nonprofit that aims to cure childhood cancer.

It’s also part of the club’s effort to get more involved in the New Hyde Park community beyond the school’s walls, Arman said.

“We’ve been opening up a lot more frequently to show the community, show the school that we’re there for everybody, not just the football team,” he said.

David’s Barber Shop of New Hyde Park and students from the Sewanhaka Central High School District’s cosmetology program will be doing the shaving.

The head-shaving event is one of hundreds across the country raising money for the St. Baldrick’s Foundation, the nation’s largest private funder of childhood cancer research.

Shaving one’s head is meant to show solidarity with kids undergoing cancer treatment, which often causes them to lose their hair.

Arman brought the head-shaving events to the Dads’ Club from the Great Neck Alert Fire Company Benevolent Association, where he serves as recording secretary, he said.

It’s also popular with New Hyde Park Memorial athletes who want to get a haircut for a good cause before the spring sports season starts, Arman said.

This year’s event is being held in memory of McGonigle, who affected a lot of students at New Hyde Park Memorial until his death, said Richard Faccio, the school principal.

“When it’s a focus so close to their hearts it’s something that they really push for,” Faccio said.

The head-shaving fundraiser is one of several events sponsored by the Dads’ Club, which was founded in the early 1970s, Arman said.

In addition to selling snacks during school sports games and events out of “The Shack,” a stand at the school, the club has served goodies at the annual New Hyde Park Street Fair and the Garden City Park Christmas tree lighting, Arman said. It’s also trying to get more involved with senior citizens’ groups, he said.

“We’re trying to do more and more out within the community,” Arman said.

Anyone can get their heads shaved from 3 to 5 p.m. on March 16 at the high school, located at 500 Leonard Boulevard in New Hyde Park.

The Dads’ Club is accepting donations at the school and online through the St. Baldrick’s website at stbaldricks.org/head-shaving.