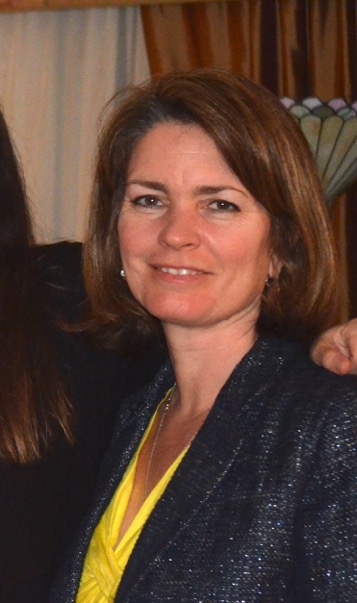 Jennifer DeSena, the new executive director at the Manhasset Community Coalition Against Substance Abuse, or CASA.

One of the main issues at the Town Board meeting on Thursday was a shift that moved board members from a shared room into separate Republican and Democratic “wings” of Town Hall, as described by a member of the supervisor’s staff.

Dealing with other controversies, the board also approved the appointment of John Chiara as town attorney and the transfer of nine Democratic political appointees from the office of the supervisor and town clerk to noncompetitive and union jobs.

The meeting began with public comments, where officials voiced concern over the change in the Town Board offices.

Tom McDonough, the safety coordinator for North Hempstead’s Civil Service Employees Association Unit 7555, said: “I’m very disappointed this week. As I thought I worked for and with professionals, I’d find that I was very mistaken. I witnessed the most partisan politics that I’ve ever seen. No transparency, no conversations or plans on how things should be run. And no cooperation on the part of the former administration, backdoor moves and meetings. This is a township and a business. And our business is working for the people that voted all of you into the positions that you’re in.”

Former state Sen. Jack Martins, a Republican, expressed similar sentiments, arguing that the previous supervisor, Judi Bosworth, a Democrat, would not have stood for what took place.

DeSena, a registered Democrat who ran as a Republican, was elected as supervisor in November, becoming the first Republican candidate elected to the position in 30 years. She, along with Republican Councilmen David Adhami and Dennis Walsh, represents the minority on a board Democrats control 4-3.

Democratic officials, including Robert Troiano Jr., who was elected in November, did not respond to any of the comments regarding the change in the office arrangement.

Dina De Giorgio, a Republican who previously served on the Town Board, said what happened was not right.

“We all occupied that Town Board suite, and while all didn’t agree on everything and had maybe some spirited disputes, we always kept it professional, civil and bipartisan,” De Giorgio said. “I never felt disrespected, I never felt that my colleagues on the Town Board, although they didn’t agree with me, were being disrespectful. I urge you as a private citizen and a former councilwoman to treat your newly elected representatives and fellow board members and town clerk with respect.”

More discussion took place among the board regarding a resolution to appoint Chiara as town attorney.

He suceeds Leonard Kapsali, who retired after three years with the town. Chiara, a Garden City resident, is the former acting Nassau County attorney.

McDonough approached the board again to clarify whether Chiara lived in North Hempstead, claiming that is a requirement for the position.

Later in the meeting, Troiano said that was untrue.

Republicans said they were not present for discussions regarding Chiara’s appointment. When asked more specifically about the process, including how many people were interviewed for the position, Councilwoman Veronica Lurvey, a Democrat, responded, “I don’t think it would be appropriate to go into the details.”

Adhami, a lawyer, said he had concerns about not being involved in the interview process.

“I don’t know if the former county attorney has been in any cases where the town had an adverse position, that would be a clear conflict of interest as an attorney,” he said.

Adhami emphasized the need for transparency. He said that the agenda was released publicly 25 hours before the meeting and asked each member if he or she was in favor of transparency.

Chiara was appointed by a vote of 5-2, with DeSena voting yes due to his extensive resume, while saying that she objected to being left in the dark.

“I only object to the lack of the participation of the whole Town Board in his selection,” DeSena said.

More contention came from a personnel resolution to move the nine Democratic political appointees from the office of the supervisor and town clerk to noncompetitive and union jobs, which totals about $800,000 worth of transfers.

Weeks ago, DeSena called previous efforts she believed were being made to change the budget that was passed in October a “deceitful post-election stunt.” She later backtracked from those comments, saying she was misinformed, but she said Thursday her budget was being cut with the shifting of employees.

Democrats said that the funds in her budget remain the same as Bosworth’s.

Lurvey, in response to the resolution, said: “With a new supervisor taking office, it is important to help that person get acclimated to the new role and to provide much needed support. The realignment of some positions helps ensure a smooth transition – it acknowledges the critical importance of institutional knowledge and government experience possessed by individuals in key leadership positions. It also allows the new supervisor to bring in her own people to dedicated positions that will report directly to her.”

Multiple Republicans asked what happened from October to January to require a change in the budget that Bosworth boasted was approved before Election Day in the spirit of transparency. They were told by Troiano that things come up, sometimes unpredictably, that require changes.

In a statement to Blank Slate Media, Gordon Tepper, spokesman for the Town Board, said the budget is the same size as in the previous administration.

“Cuts were made in other areas to accommodate adjustments and free up funds for the Supervisor to fill her dedicated positions, resulting in a net-zero impact to the budget,” he said. “The Town’s AAA rating from Moody’s has been affirmed 11 times, and North Hempstead continues to operate within its traditionally balanced budget.”

The spokesman for the supervisor, Brain Devine, disagreed with the explanations.

“These seven positions were relocated without explanation or rationale to other Town Departments including four individuals directly now assigned to the Town Board, effectively increasing their budget by nearly $500,000, 40% more than the original 2022 budget allocation,” Devine said, referring to the seven noncompetitive jobs among the nine being  transferred.

“Instead of listening to the people, Democratic Councilmembers have fought tooth and nail to protect these political appointees that previously comprised the bloated, top-heavy management of the Town of North Hempstead.”

The resolution also included the appointment of DeSena’s staff, which includes eight members to replace those who were transferred.

Before voting no, DeSena said she knows her staff can wait a few more weeks to be paid. The resolution passed 4-3, along party lines.

Troiano, who served on the Town Board from 2004 to 2009, personally welcomed DeSena’s staff to the Town of North Hempstead after the resolution passed.

The meeting concluded with members of the board saying that future meetings would be smoother. They also assured the new members that they look forward to getting a lot of work done together on behalf of town residents.

“We’re all going to be one big happy family,” said Councilwoman Mariann Dalimonte. 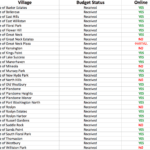 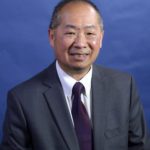