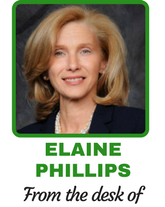 For weeks now, they have dealt with far too many delays, cancellations and service disruptions because of infrastructure failures at Penn Station.

Two train derailments, signal breakdowns, electrical problems and a host of other issues all stemming from a crumbling transportation system are wreaking havoc on operations.

Sadly, the only reliable thing commuters can expect from Penn Station right now is unreliability.

The situation is so bad that it’s now officially a national joke, with Saturday Night Live’s Weekend Update joking this past week that a sewage leak at the station, which rained down wastewater from the ceilings was “an improvement.”

That overhaul, while necessary, will likely result in several track closures and significantly impact service throughout the summer.

Riders are rightfully concerned that this has the potential to result in an even bigger debacle than the one they have been dealing with.

Penn Station is one of the largest transit hubs in the Western Hemisphere, serving over 650,000 passengers a day.

When hundreds of thousands of people don’t have a dependable way to get to work, it has an enormous impact on people, businesses and the region’s economy.

I have called for several different steps to be taken to help protect Long Island commuters.

First, LIRR fares should be reduced during the construction.

Riders pay for a certain level of service; if service is going to be cut for an extended period, fares should be cut too.

Amtrak is responsible for Penn Station.

They need to do the right thing and fund a fare reduction.

The MTA and Amtrak also need to work together to minimize the impact for riders.

Shifting a portion of Amtrak’s service to Grand Central Station would free up more track space for the LIRR, the country’s largest commuter railroad and Penn Station’s biggest user.

Increasing service from other LIRR hubs which connect with subway and bus lines will also help commuters get into Manhattan without having to go through Penn Station.

Finally, riders must be kept informed about what is happening so that they can plan accordingly.

Having commuted on the LIRR for over 20 years, I know firsthand that every one of these delays has a ripple effect that impacts you and the people around you; the client who was kept waiting, the child whose game you had to miss, the babysitter who can’t leave until you get home.

People need advance warning of service changes so that they can plan accordingly.

They also need a way to provide feedback as to what needs improvement.

You can read more about these proposals by visiting my website, phillips.nysenate.gov.

Commuters should not have to continue suffering at Penn Station.

Kremer’s Corner: Many elephants needed to tame Trump
Next Article

Pulse of the Peninsula: 2-state solution the only way, Barak argues