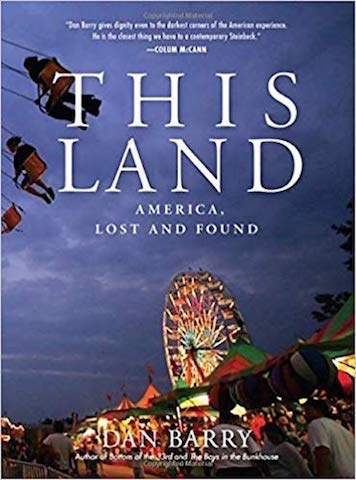 Now that kids are back to school, it’s a good time for adult readers to brush up on history and current affairs.

This fall brings a whirlwind of books that offer analysis and commentary on the significant events that have shaped our world today.

Don’t know much about history?  No problem, a number of leading historians and journalists have written books that offer incisive looks at our past, present and prospects for the future.

Need a refresher on the pressing issues facing our country with midterm elections coming up? Then read a few firsthand accounts from politicians on the ground who offer solutions.

Tired of the endless bickering between the divided political parties? Take comfort in words of wisdom from two former first ladies and messages of hope from two religious world leaders.

This month already unveiled newsworthy books from Bob Woodward about the Trump administration, David A. Kaplan about the Supreme Court, and Ken Starr about the Clinton investigation.

There are more historical and political tomes, personal memoirs and essay collections not to miss and still to come that reveal who we are as a people and our collective dreams for tomorrow.

So break out a freshly sharpened pencil – or perhaps just your keypad – and take note of the following books hitting shelves this season.

“21 Lessons for the 21st Century” by Yuval Noah Harari (Sept. 4): Innovative thinker Harari, an Israeli professor of history, probes many aspects of today’s society and addresses our most urgent questions: What will the future workforce look like and how should we prepare for it? How should we deal with the new threat of terrorism? Are nations and religions still relevant?  What should we teach our children?

”This Land: America, Lost and Found” by Dan Barry (Sept. 11): In the wake of Hurricane Katrina and on the eve of a national recession, New York Times writer Dan Barry launched a column about American life, crisscrossing the country and meeting the people who clean hotels rooms and endure disasters.  His moving stories are included in this collection and illustrated with vivid photographs.

“These Truths: A History of the United States” by Jill Lepore (Sept. 18): America is founded upon three ideas, “these truths” as Jefferson called them: political equality, natural rights, and the sovereignty of the people.  Historian and New Yorker writer Jill Lepore offers a sweeping study of the origins and rise of our divided nation beginning in 1492, asking whether or not our nation has lived up to its ideals.

“Heartland: A Memoir of Working Hard and Being Broke in the Richest Country on Earth” by Sarah Smarsh (Sept. 18): Smarsh’s memoir of growing up in a family of working class farmers in Kansas during the 1980s and ‘90s shines light on our country’s economic divide and examines the myths about people thought to be less because they earn less.

“The Next American City: The Big Promise of Our Midsize Metros” by Mick Cornett (Sept. 25): Oklahoma City. Indianapolis. Charleston. Des Moines.  These are cities of modest size, but outsized accomplishment, valuing compromise over confrontation and progress over political victory. The four-term mayor of Oklahoma City reveals how these successes can be models for the rest of the country.

“God Is Young: A Conversation with Thomas Leoncini” by Pope Francis (Oct. 2): Since his election in 2013, Pope Francis has reinvigorated the Catholic Church and become one of the most popular global leaders.  In this interview, published for the first time in English, he implores millennials to come together to build a better world through what he calls a “revolution of tenderness.”

“The Fifth Risk” by Michael Lewis (Oct. 2): The best-selling author of “Liar’s Poker” and “Moneyball” now examines the current White House administration and asks: what are the consequences if the people in charge of our government have no idea how it works? His answer lies with the knowledgeable and dedicated public servants who keep the political machinery running and are cited in the book.

“The Forgotten: How the People of One Pennsylvania County Elected Donald Trump and Changed America” by Ben Bradlee, Jr. (Oct. 2): The people of Luzerne County, Pa. voted Democratic for decades until Donald Trump flipped it in 2016. Bradlee, who oversaw the Boston Globe’s Pulitzer Prize-winning coverage of sex abuse in the Catholic Church, reveals what happened and how it reflects the U.S. today.

“If You Ask Me: Essential Advice from Eleanor Roosevelt” by Eleanor Roosevelt, edited by Mary Jo Binker (Oct. 9): Eleanor Roosevelt transformed the role of first lady with her accomplishments and activism, yet  many may not know that in 1941 she began writing an advice column for Ladies Home Journal. This collection of her inspiring columns covers timeless topics from war and politics, to marriage and religion.

“Them: Why We Hate Each Other – and How to Heal” by Ben Sasse (Oct. 16): American life expectancy is declining.  Birth rates are dropping.  Nearly half of us think the other political party is evil.  As a country, we’ve never been more pessimistic.  U.S. Senator Ben Sasse believes this despair is being caused by the collapse of communities and networks that bind us together and offers a prescription for what ails us.

“Becoming” by Michelle Obama (Nov. 13): In her memoir, our country’s first African-American first lady shares the experiences that shaped her – from her childhood on Chicago’s South Side, to her years balancing the demands of motherhood and work, to her time spent at the world’s most famous address.

“A Call for Revolution: A Vision for the Future” by Dalai Lama with Sofia Stril-Rever (Nov. 13): This impassioned manifesto by one of the world’s most respected spiritual leaders is possibly the most important message the Dalai Lama can give us about the future of our world.  It’s his rallying cry, full of solutions for our chaotic and divided times.