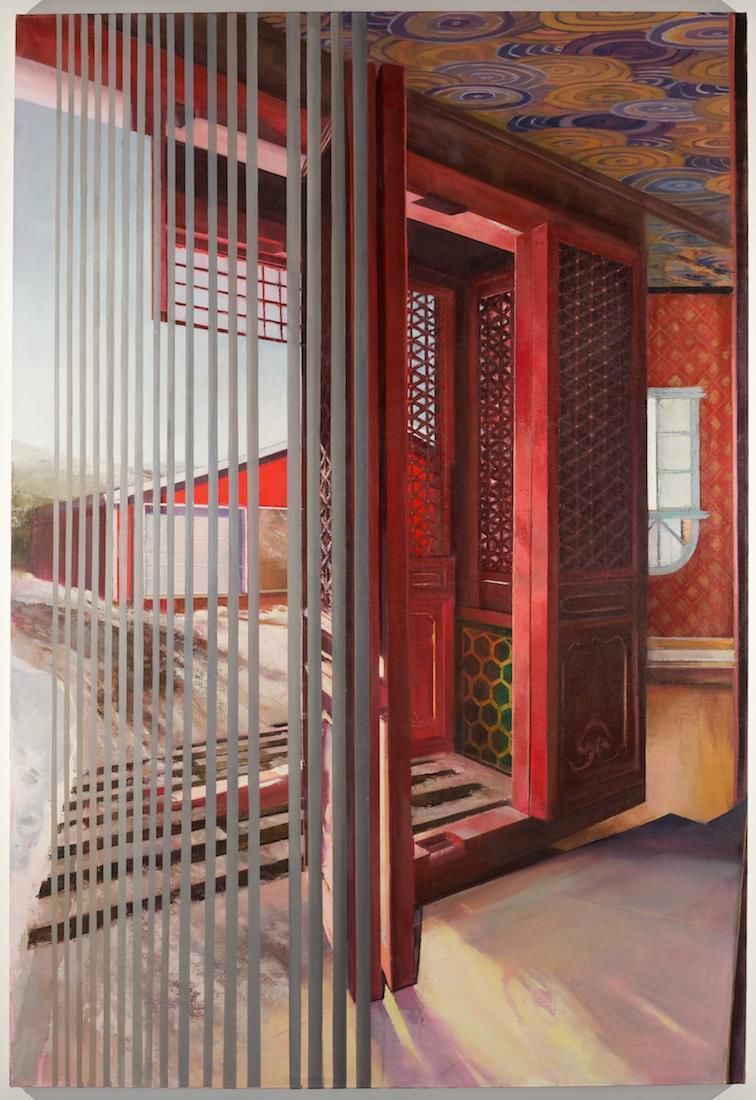 “Interiors,” an art exhibition of painting, sculpture and photography by artists Laini Nemett, Orestes Gonzalez, and Maxi Cohen opens at the Gold Coast Arts Center on September 18, with a reception from 4-7 pm, and runs through November 20.

Interiors is an exhibition that explores the artist’s relationship with familiar places and how they connect to interior landscapes of personal history, memory and association. The painter Laini Nemett comments that she wants the composite imagery to conjure memory but also to emulate an experience of place. Orestes Gonzalez’s photographs of interior spaces captures moments of loneliness, happiness and a time of innocence. Photographer/videographer, Maxi Cohen captures moments in the ladies room, “as a space of sanctuary and solitude”.  As the exhibit’s title suggests, their work serves as portals to interior spaces that are in plain sight, not to be missed.

Laini Nemett studied at The Hoffberger School of Painting at the Maryland Institute College of Art and has participated in solo and group exhibitions all over the world-including New York, Italy, China, Africa, and Spain. She has an intriguing technique of constructing three-dimensional models which she then depicts in large-scale two-dimensional paintings. She has won multiple awards, including the Joan Mitchell Foundation Emerging Artist Grant as well as a Fulbright Grant. She currently teaches at Union College in Schenectady, NY.
Orestes Gonzalez has been taking photographs for over 25 years. His photography style is not a literal representation, but rather symbolic in spirit. “To convey a feeling of loneliness, innocence, happiness or history is what moves me to take pictures” Gonzalez stated of his work. His portfolio includes landscapes, interior design, architecture, portraits, and more.

Maxi Cohen is an award-winning artist and filmmaker based in New York City. Her films, photographs and multimedia installations have been exhibited internationally and are in the permanent collections of numerous museums, including the Museum of Modern Art in New York, the Whitney Museum for American Art in New York, the Museum of Fine Arts in Houston, the Israel Museum in Jerusalem, and the National Gallery of Canada, Ottawa. Cohen’s television work includes short films produced for Saturday Night Live, the Comedy Channel, MTV Networks, PBS, Children’s Television Workshop, and Fox Broadcasting. She has independently produced and directed shorts and feature-length documentaries, fiction and animation that have been broadcast on network, cable, public, and foreign television.