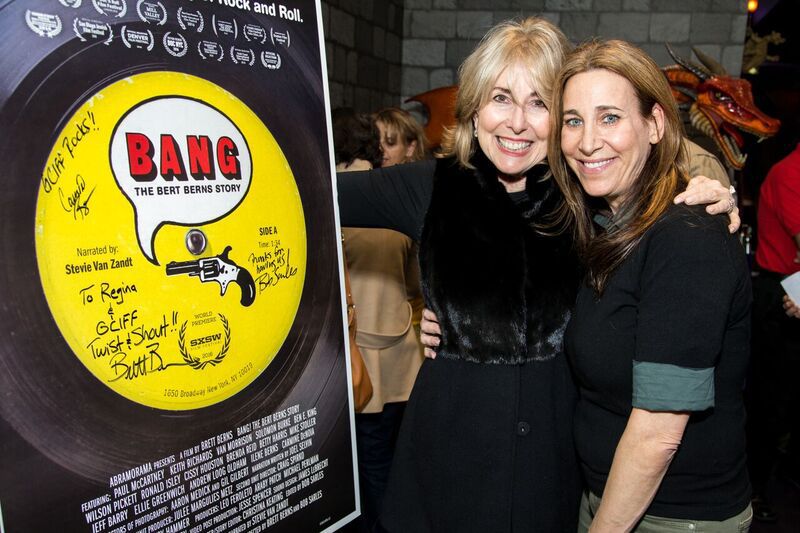 The films stopped rolling Tuesday as the Gold Coast International Film Festival ended its sixth annual weeklong affair of movie screenings, guest speakers and Q&A sessions. Caroline Sorokoff, the film festival’s director, said the film festival saw a record number of attendees at the various screenings. In total,  4,400 tickets were sold for the film festival.
“We saw so much excitement from the community and so much support for what we are doing,” Sorokoff said. “People from all parts of Long Island and Queens came and were really vocal of their support of what we’re doing and the type of content we’re providing.”
“That was really fantastic,” she said.
Sorokoff said one of the biggest takeaways from the festival was the large response from the community despite competing with things like cellphones and movie screening applications like Netflix.
“To come to the festival and see all these sold out houses and all the interacting and participating and people coming back night after night, it just shows that there are many people who don’t want to get stuck in that world,” she said. “They want to enjoy these live events.”
“It’s not rejecting the idea of being in their homes, but embracing the idea of coming out and appreciating art and live events and intelligent conversation and creative thought,” Sorokoff added. “And they’re really embracing that in a way that I think is inspiring to everyone at the arts center and the festival.”
On Wednesday, the festival held its awards lunch at Lola, a Mediterranean restaurant in Great Neck, to honor filmmakers for their work and celebrate the end of a successful film festival.
The film festival’s 2016 Artist of Distinction Award winner was Bert Berns, who was the subject of the film “Bang! The Bert Berns Story,” a documentary about the career of Berns, who was a songwriter and producer whose hits include “Twist and Shout” and “Piece of My Heart.”
His son, Brett Berns, a director of the film who attended the screening for a Q&A session, accepted the award in honor of his late father.
The Audience Award for Best Narrative Feature was “Burn Your Maps,” starring Jacob Tremblay and Academy Award nominee Vera Farmiga, which has appeared at the Toronto International Film Festival and the Hamptons International Film Festival and will appear in theaters next year.
“Sidemen: Long Road to Glory,” a documentary about the lives of Muddy Waters’ sidemen, piano player Pinetop Perkins, drummer Willie “Big Eyes” Smith and guitarist Hubert Sumlin, won the Audience Award for Best Documentary Feature.
The Jury Award for Best Short Film was “The Gunfighter,” a film about a group of people in a saloon and their interactions with the movie’s narrator.
“The Bench,” a short film about the connection between an old blind man and a young man at a park bench, won the Audience Award for Best Short Film.
Also winning an Audience Award for Best Short Film was “Jewish Blind Date,” which is about a woman’s search to find a Jewish husband.
The Director’s Choice Award was “Joe’s Violin,” a short film about a Holocaust survivor who donates the violin he has owned for 70 years to a 12-year-old girl from the Bronx.
Sorokoff said one of the interesting aspects of this year’s film festival was the offering of live music performances along with screenings of some films.
“Joe’s Violin” featured a performance by the LIU Post String Ensemble and high school musicians at its Nov. 9 screening.
Going forward, Sorokoff said, it was something the film festival wanted to “build upon.”
The festival also presented a “New York Spotlight” program at LIU Post, which features films by local filmmakers.
Sorokoff said the young filmmakers program, which features films by students from kindergarten to 12th grade, was continuing to grow.
“It’s taking on a life of its own and growing into a program that’s inspiring these young filmmakers around the region and beyond,” she said.
Sorokoff said that she was looking to continue the film festival’s growth, as well as continue to offer movie-goers a wide range of events.
“Word is really spreading and it’s starting to become a movement in the region,” she said. “It’s great to see.”